The Saronic island Aegina in Greece is located very close to Athens and it makes a great destination for short getaways!
It has many archaeological monuments, picturesque villages and beautiful beaches to discover, while its seafront main town stands out for its neoclassical architecture.

Everything you need to know about your holidays in Aegina is included in our travel guide! Check it out to find out more about the island's top hotels and restaurants, landmarks, beaches and things to do. Also, don't miss our gallery for some amazing photos!

It is fairly easy to reach Aegina from Athens; all you need is a ferry from Piraeus port. Ferry connections to other Saronic islands are available as well (Poros and Agistri). 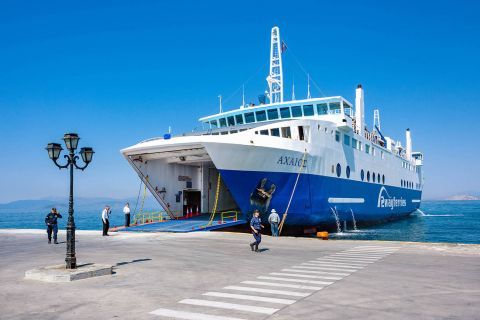 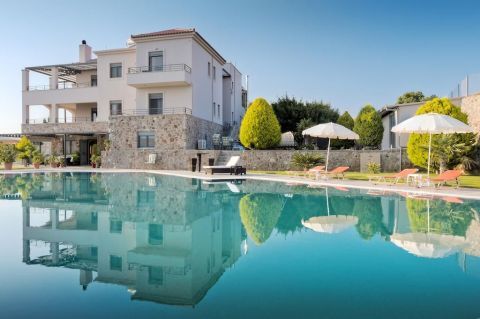 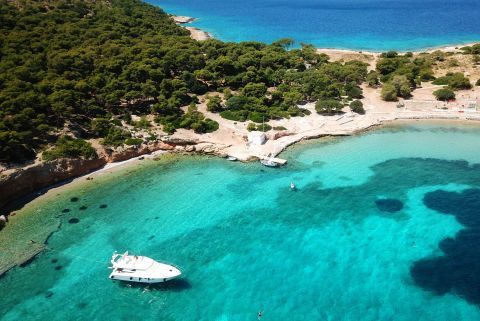 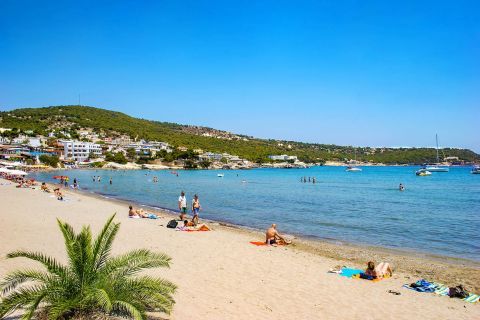 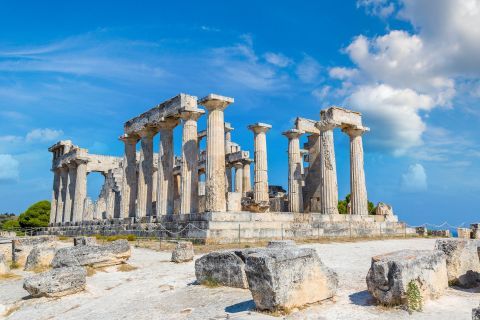 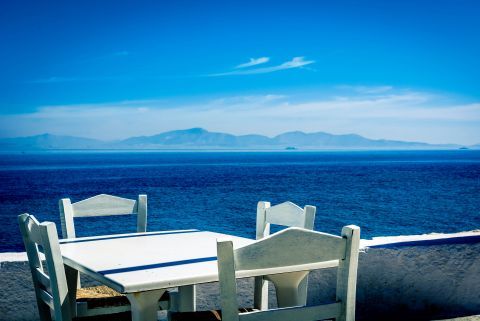 OUR TRAVEL SERVICES IN AEGINA

Book your trip in Aegina with Greeka, the Greek islands specialists! We help thousands of people every year to plan beautiful and trouble-free holidays. From tours to hotels and from car rentals to ferry tickets, we provide all the essential services to make your trip to Greece the most epic and smooth one.
Our services are rated . Our guide and services won the Silver Award (2020) of the annual Tourism Awards in Greece. Read reviews about our services.

Located in the heart of the Saronic Gulf, near the islands of Poros and Agistri, Aegina Greece is one of the most popular islands for quick getaways, thanks to its proximity to Athens! Many ferries from Athens depart from Piraeus port and arrive there in less than an hour.

Agia Marina is the most popular seaside resort on the island, while more secluded places to visit are Souvala, Vagia, Marathon, and Perdika.
The island’s capital, on the western side of the island, is also the main port lies. In this colorful little town, you’ll find a great selection of cafes, restaurants, traditional taverns, shops, especially along its bustling waterfront.

As for its beaches, although they aren't that many, they are enticingly beautiful! Most of them are small, but organized with many facilities! The best ones are Souvala beach, Agia Marina beach, and Marathon beach.
Around most of these beaches, you’ll also find a selection of hotels, seaside taverns and beach bars. But if you’re into more secluded beaches, many of them are available along the island’s coastline!

Explore Aegina island through the lens of the talented members on Greeka community.
Share your experience with us or tag us #greekacom on your favorite social media.

Agia Marina, Perdika, Souvala and the Town are the main areas to look for accommodation in Aegina.
The small island offers a wide variety of options, including hotel rooms, apartments, houses and villas with either a modern or a traditional style and a relaxing atmosphere.
Depending on the location and hotel you pick, the beach may be within a walking distance or a swimming pool may be provided instead.

Some of the most popular hotels are Vrachokipos, Marini, Antzi and more.

The island is only accessible by ferry. There are ferries to Aegina from Piraeus port in Athens but also from other islands of the Saronic islands. The closest airport to Aegina is in Athens.
Book your ferry tickets with us!

• Ferry • Nearest airport • Tours from Athens • Move around
Travel there

Discover the highlights of Aegina to experience during your holiday! From sightseeing to activities and from tours to restaurants, here are the best suggestions for the ultimate experience!
View All Things to Do