Located on the southern side of Greece, Peloponnese is the most popular holiday region of the Greek mainland. As this was the main center of operations in ancient times, Peloponnese has many interesting archaeological sites. Certainly, it doesn't lack in natural beauty either, as the landscape varies from steep mountainsides to valleys and long sandy beaches.

Things to see & do in eastern Peloponnese

The eastern side of Peloponnese actually consists of the prefectures of Corinth and Argolida. These are great holiday regions with lovely resorts and interesting sites. The entering landmark of Peloponnese is the Corinth Canal, a usual stopover on your drive around the region. Sights in close distance to the Corinth Canal are the Medieval Castle of Acrocorinth, Ancient Corinth and Ancient Nemea. A lovely town nearby is also the thermal town of Loutraki with nice beaches and a new hydrotherapy center.

Other important sites in eastern Peloponnese are Ancient Epidaurus, Mycenae, and Tyrins. The picturesque town of Nafplion is great to walk around and so are the seaside towns of Ermioni and Porto Heli. The most popular beach place in the region is Tolo, a family holiday destination with an organized beach. From Tolo, day cruises depart to the islands of Hydra and Spetses.

Things to see & do in northern Peloponnese

The largest town in northern Peloponnese and third largest town of Greece is Patra, the port town that serves ferries to Italy and the Ionian islands. In Rio, close to Patra, is the famous cable bridge of Rio-Antirio that connects Peloponnese to the rest of Greece. Nice beach places in northern Peloponnese are Diakofto, Kiato, Xylokastro, and Egio, while a popular winter destination is Kalavryta, a mountainous town with historical importance. Close to Kalavryta, on the slopes of Mount Helmos, there is a large ski center.

Things to see & do in western Peloponnese

The most popular beach destinations in western Peloponnese is Killini and Katakolon. The large golden beaches of Killini are great for relaxing, while the ferries to Zakynthos and Kefalonia depart from there. Over the last years, Katakolon has become popular as a cruise line stop. This lovely fishing village is only 30 min drive from Ancient Olympia, the birthplace of the Olympic Games.

Things to see & do in southern Peloponnese

The southern side of Peloponnese has two prefectures: Laconia and Messenia. Popular holiday destinations in Laconia are the Medieval Castle Town of Monemvasia and the beautiful town of Gythio. Nice places close to Gythio are the region of Mani, the town of Areopolis and the impressive Diros Caves. From the port of Neapolis in southern Laconia, tourists take the ferry to Elafonissos island with the Caribbean beaches, while very important to visit is the Castle of Mystras with the numerous Byzantine churches.

The region of Messenia also has fabulous places from a visit. Seaside towns like Pylos, Kalamata, Kyparissia, Kardamili, Methoni, and Koroni provide the best setting for relaxing family holidays. Interesting ancient sites to visit are the Medieval Castles of Pylos and Methoni, the Mycenaean Palace of King Nestor, the archaeological site of Peristeria and Ancient Messini.

Things to see & do in central Peloponnese

The central side of Peloponnese is probably the least open to foreign visitors. However, it is very popular among Greeks and especially Athenians who visit the mountainous villages of Arkadia for weekend breaks. Dimitsana, Vitina, Karitena, Lagkadia, and Andritsena are picturesque villages in the mountains. The temple of Apollo Epicurius at Bassae, near Andritsena, is a masterpiece and included in the Unesco list of world monuments.

Very interesting is also Ancient Gortyn near Ellinikon and the Monasteries of Philosophou and Timios Prodromos. On the slopes of Mount Mainalon in Vitina is the ski center of Mainalon that gets very popular in winter. Extreme sports are also popular in the region and visitors can try rafting in River Lousios, canoe-kayak in Lake Ladonas and river trekking in River Neda.

The coastal side of Arkadia has two famous towns: Astros and Leonidio, surrounded by lovely beach resorts and beautiful nature. Paralia Astros and Sambatiki are the two most frequented beach places of central Peloponnese. 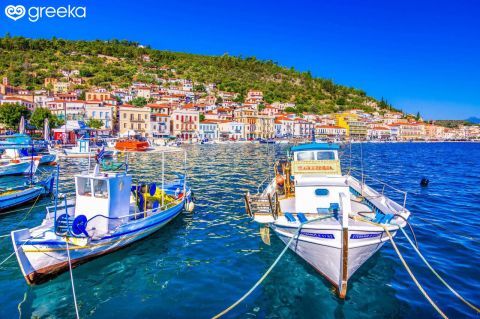 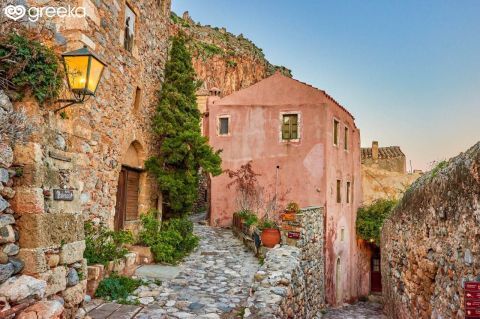 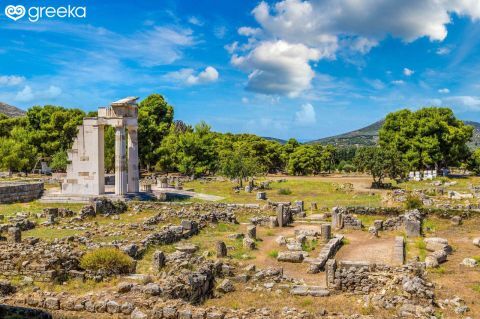 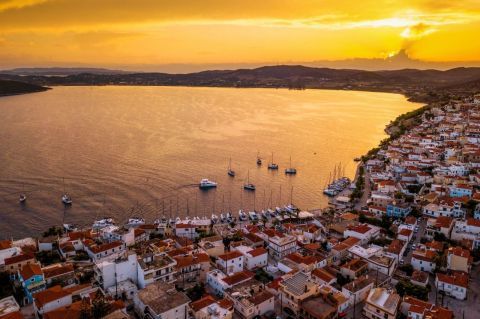 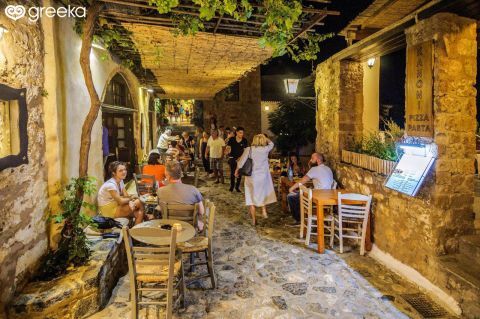