The North Eastern Aegean islands are a Greek island group located north of Dodecanese and east of Cyclades and Sporades. Most of the Eastern Aegean islands constitute the borders of Greece and Turkey. Although tourism on these islands is not as developed as in the rest of the Aegean, they are famous for the traditional architecture and family atmosphere.

The geographical location of the Eastern Aegean islands, just on the crossroad connecting the Aegean to the Black Sea, contributed to their early development in shipping and trade. The first evidence of human life on these islands date from the Mesolithic Age and in fact, the oldest prehistoric town in Europe is Ancient Poliochni, located on the island of Lemnos.

These islands are also strongly connected to Greek mythology. In particular, Lemnos was the land of Amazons and also the island where god Hephaestus landed when his mother Hera threw him from Mount Olympus. Samos island was the island where goddess Hera was born and Ikaria was named after Icarus, who drowned in the surrounding sea.

From the 8th until the 5th century BC, the islands developed in terms of art and trade. In the 5th century, they were conquered by the Persians during the Greco-Persian Wars and after their release, they made an alliance with Athens. After the Peloponnesian War, they were conquered by the Macedonians, then the Romans and eventually became part of the Byzantine Empire.

In Byzantine times, these islands were frequently used as an exile location, even for exiled emperors. In the 13th century, the islands fell to the Venetians, who built strong castles and protected them from pirates and Arab raids. In the 15th century, the islands were conquered by the Ottomans, whose mark is still evident in the architecture of many towns, like Mytilene on Lesvos island and Chios town.

The North-Eastern Aegean islands participated with enthusiasm in the Greek War of Independence and in fact, their ships caused much damages to the Ottoman fleet. This caused the rage of the Ottomans who, in revenge, destroyed completely two islands in North Aegean: Chios island and Psara island. Men were killed, villages were burnt down and women and children were sold as slaves, leaving these two islands completely ravaged. The Massacre of Chios in 1822 and of Psara in 1824 brought the attention of many European Philhellenes who came to Greece and helped the fight for independence.

Despite their contribution to this war, the Eastern Aegean islands were not set free before 1912, during the First Balkan War.

Samos island is the most popular island in North-Eastern Aegean. It is a lovely place that stands out for its lush green nature and wonderful beaches. Thassos island, the northernmost island of the Aegean Sea, also gets very busy in summer. Lesvos and Chios are known for the charming landscape and the family atmosphere, while Ikaria and Lemnos are more alternative destinations. 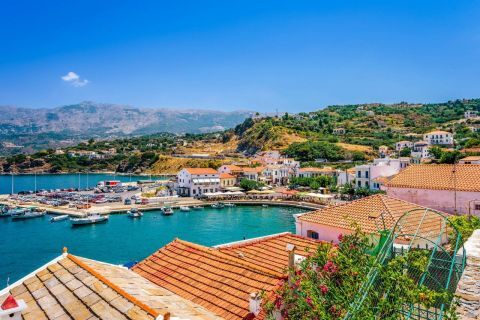 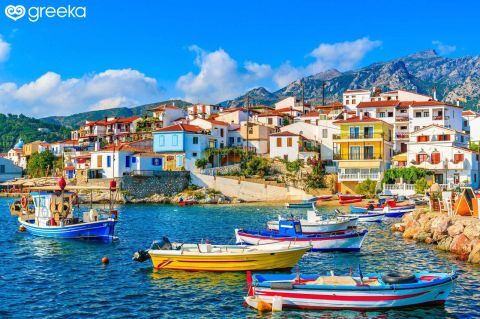