With its turquoise beach waters and spiritual atmosphere, Patmos is one of the most beautiful islands of the Dodecanese group to visit! Its is full of traditional houses and its main landmark, the Monastery of St. John in Chora, along with the Cave of the Apocalypse, attract numerous pilgrims every year.

To help you organize your vacation, we provide a guide with useful information: landmarks, beaches, activities, hotels, restaurants as well as a photo gallery that will make you fall in love with the island.

You can reach Patmos via ferry from Piraeus port in Athens. Patmos is also great for island hopping, with ferry connections to & from Kos, Leros, Lipsi, Rhodes, Ikaria, Naxos and Mykonos among other islands.
No airports are available on the island; the nearest ones can be found in Leros and Kos. 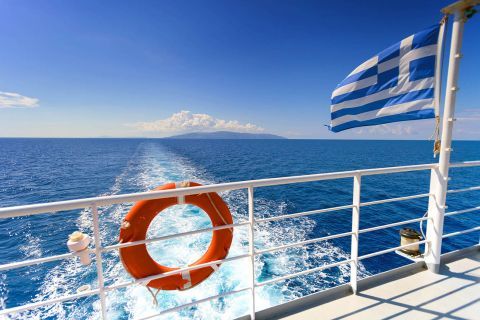 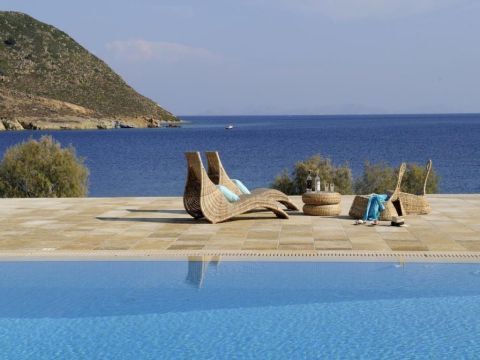 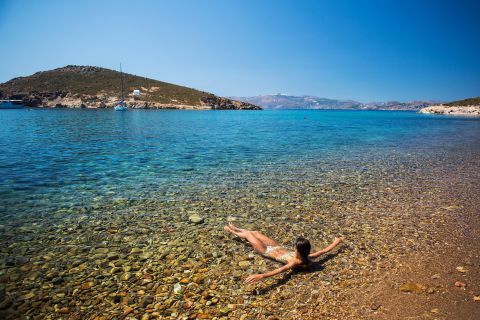 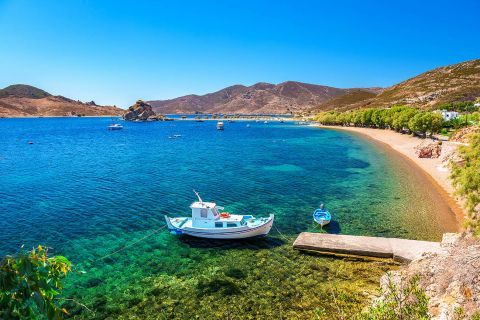 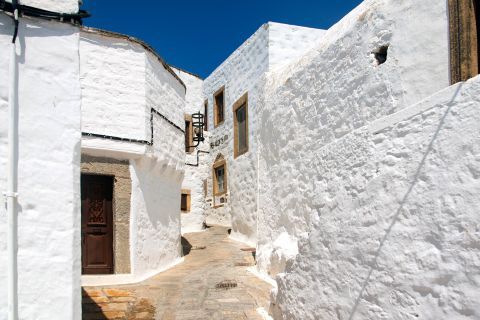 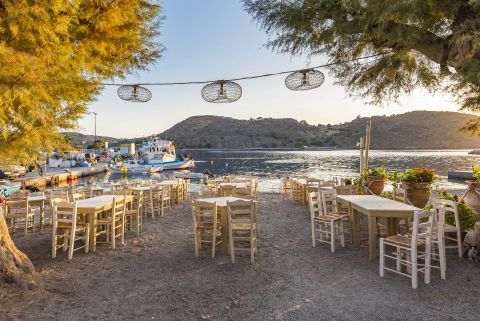 OUR TRAVEL SERVICES IN PATMOS

Patmos belongs to the northern part of the Dodecanese island group.
The island's most important monument is the Monastery of Saint John, which is situated on the top of a hill above Chora, the capital town. The monastery is protected by walls, which make it look like a fortress.
Apart from the Monastery of Saint John, there are many other monasteries scattered around the island. The spiritual character of Patmos is very strong!
Another popular monument is the so-called Cave of the Apocalypse, where, according to tradition, Apostle John was inspired to write the Book of Revelation.

Due to its spiritual character, the island houses many religious festivals and feasts, which are a perfect opportunity for travelers to introduce themselves to the local tradition and history.

Chora is the island’s capital and one of its most picturesque villages. It boasts traditional architecture, thus it’s full of whitewashed houses, narrow paved alleys and it has a wonderful view of the Aegean Sea.
In Chora, you’ll find many hotels, cafes, restaurants and taverns, where you can taste the local delicacies. In addition to the town, another rather famous spot is Skala village, where the island’s port is located. Skala is a busy and touristy village.

As for its beaches, they are beautiful! The best organized beaches, such as Agriolivado and Livadi Geranou, are located on the northern side of the island. The rest of the island’s beaches are secluded, thus perfect for those who seek privacy.

Are you ready to book your holidays in Patmos?

Explore Patmos island through the lens of the talented members on Greeka community.
Share your experience with us or tag us #greekacom on your favorite social media.

Patmos island is full of both modern and traditionally designed hotels, apartments, villas and houses with a calming atmosphere and more often than not, a convenient location near the beach.
In addition to the hotels of Chora, you will also find many nice places to stay near the port of Skala, as well as Grikos and other seaside villages.

The only way to reach the island of Patmos is by ferry. There are ferries from Piraeus, the main port of Athens, but also from other islands of the Aegean. The closest airports are on Leros and Kos islands.
Book your ferry tickets with us!

Discover more about the different ways to get there & how to move around.

• Ferry • Flights to nearby islands • Move around
Travel there

Discover the best of Patmos! From sightseeing to activities, we give you the best recommendations for the ultimate holiday experience!