Mesolongi Village Sterea, Greece: The historical town of Mesolongi is located in Central Greece in the southern part of Etoloakarnania peninsula. It is known for its important role in the Greek Revolution of 1821 and particularly for the brave resistance of the people against the sieges of the Ottoman Turks, This resistance eventually led to the Exodus of Messolongi, as is known the act to leave the town in the middle of the night and fall in the hands of the Turks.

Mesolongi was the homeland of literary and important figures of the Greek history and also this is where Lord Byron, the celebrated English poet, died in 1824. While entering the town, one can not help noticing the Exodus Gate and the Garden of Heroes, dedicated to the people who fought and died with pride in the Greek War of Independence.

Mesolongi is a lively university city with welcoming people and vivid nightlife. It has many monuments and museums that indicate the cultural aspect of the town. Built in a special position, right at the end of a sea lake, Messolongi is a place known for its fish production. Since the lagoon has been recognized as a protected natural resort, fishing is only allowed in the traditional way. 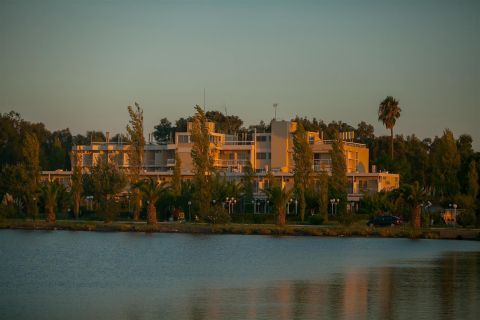 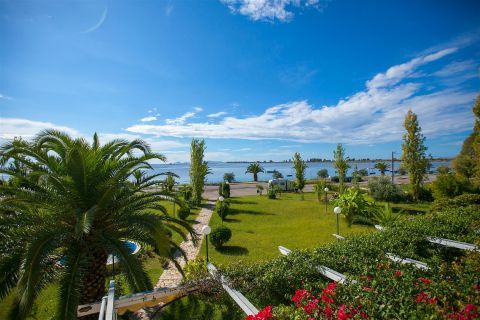 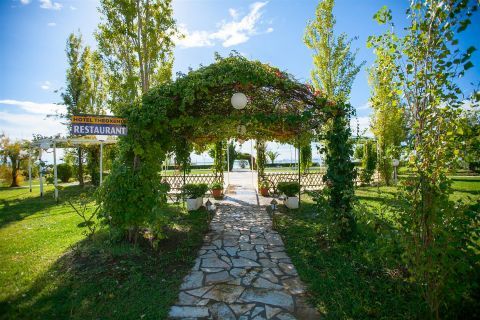 Theoxenia hotel is next to the famous lagoon of Messolongi and very close to the city center. It offers a conference room, multi-room events, a restaurant, breakfast room, playground, garden next to the sea, internet access, wi-fi internet, multimedia projection room, ample parking. All these make ... 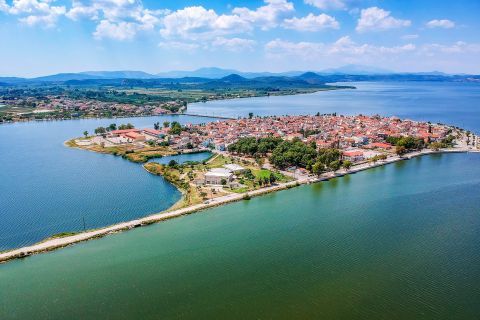