Sightseeing in Spetses apart from the cultural attractions includes a few churches and monasteries that spread throughout the town itself and beyond, most of which are dating from the early Christian times and post-Byzantine years. Among the other churches, the one that plays a major role in the life of the locals is the church of the Dormition of the Virgin, the island's Cathedral located close to Kasteli settlement. Of unique interest are the frescoes and the wooden iconostasis.

The monastery of Agios Nikolaos used to be the Metropolis of Spetses during the revolutionary years. It was built in the 18th century it is accessed on the way to the old port. At the entrance of the monastery rises the stunning bell tower made of marble. Today it is inhabited by nuns and it is highly recommended to enjoy some peaceful moments and the breathtaking view.

A picturesque chapel that should not be missed is the church of Panagia Armata built between 1824 and 1830 to commemorate the defeat of the Ottoman fleet in 1822. Also worth seeing are the churches of Agia Triada, Agioi Pantes, Agios Vasilios and the whitewashed chapel of Agia Marina standing on top of a rocky cliff. 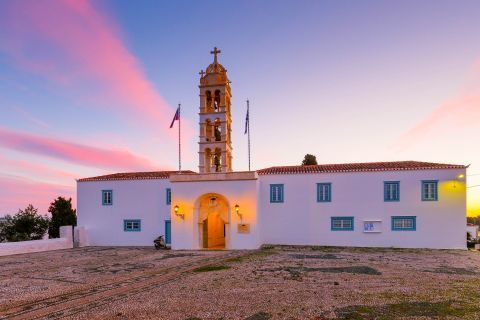 This is the most famous church in Spetses. It is found in a picturesque location a short walk from Dapia, the port of Spetses. It distinguishes for the tall bell tower, made of Tinian marble. 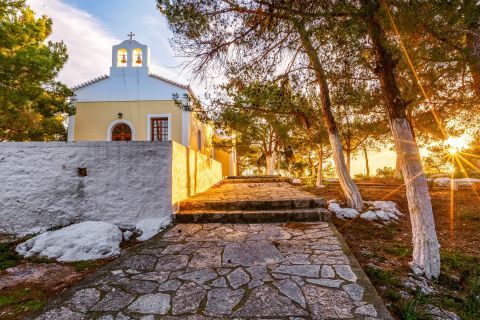 The Church of Panagia Armata was built between 1824 and 1830 by the Spetsiote captain Ioannis Koutsis, to commemorate the defeat of the Ottoman fleet by the Greeks on the 8th of September, 1822. 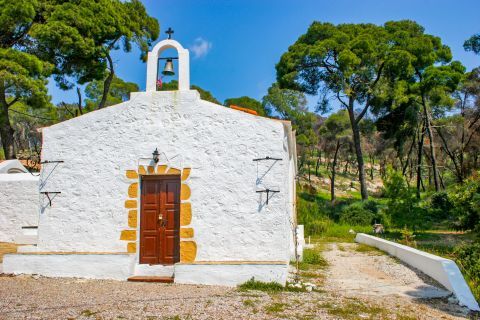 The tiny chapel of Agia Paraskevi is located right on the beach with the same name. It has a traditional style and it opens only on its name day, July 26th. 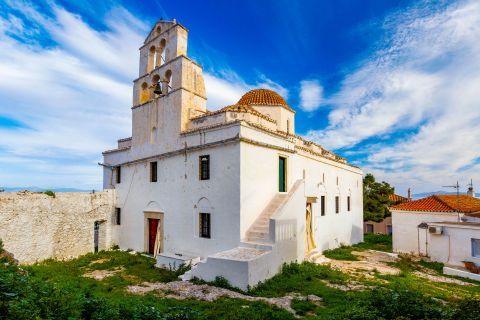 This Monastery was established in the early 19th century. It is located on top of a hill and gives a great view of the town and the sea. In the cemetery in front of the monastery, there are the tombs of some very important local figures.

OUR TRAVEL SERVICES IN SPETSES

Explore our travel services & make the most out of your SPETSES holidays!
View all services