Ano Syros Village, Syros: The beautiful Venetian settlement of Ano Syros was built around 1200 AD and has become the catholic district of Ermoupolis. It is located to the left of the city, facing the orthodox settlement of Vrodado which is on the right side of Ermoupolis.

This wonderful settlement has been built amphitheatrically to protect it from the enemies, with houses built one on the top of the other, therefore forming a defensive fortress, stone walls, narrow streets, wooden balconies and many arches and arcades.

The combination of typical Cycladic architecture with the medieval influence gives an interesting and beautiful result that will charm every visitor wandering around the little streets and numerous whitewashed steps of Ano Syros. At the highest point of the city stands the Catholic Cathedral of Saint George, and nearby is the Centre of Historical Studies.

Ano Syros is the birthplace of the famous rebetiko (a popular underground music imported by the refugees of Asia Minor after 1821, considered as the Greek Blues) composer, singer and bouzouki master Markos Vamvakaris. A square has been named after him and a small museum on Piatsa, the central square of Ano Syros, displays his personal effects and records. 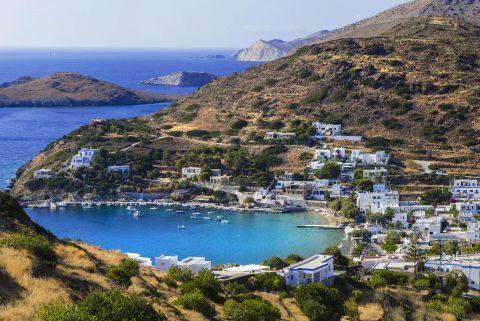 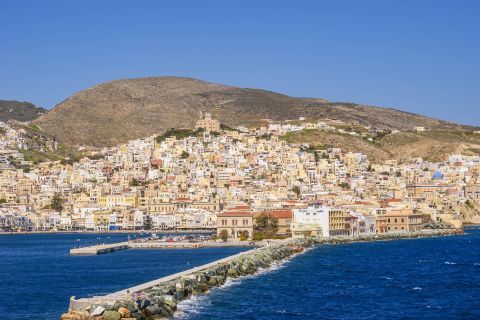