Ermoupolis Town, Syros: The beautiful town of Ermoupolis is the capital of Syros as well as of the entire Cyclades. It is a commercially and culturally developed sea settlement of unique architectural beauty, a great reminder of the brilliant past of the city. This town was founded by the refugees and Greek revolutionaries who came from various parts of Greece, such as Chios, Psara, Kassos, Crete, Asia Minor, to the French-protected Syros to escape the massacres organized by the Turks during the Greek Independence and after the Revolution of 1821.

Those people put their powers, faith and capacities together and created the magnificent Ermoupolis, which became prosperous very quickly and turned into the most important commercial shipping nation as well as the cultural centre of the New Greek Nation of the 19th century.

Ermoupolis owes its name to Hermes, the god of trade. The great economic prosperity of the city was followed by a social and cultural development and the appearance of a Greek bourgeoisie.The glorious past of the capital can still be seen in its wonderful neoclassical architecture: old mansions, marble paved streets, grandiose marble squares, imposing churches, monuments, statues and well preserved superb neoclassical buildings adorn the amphitheatrically built city. This architecture justifies the various names the town often used to be called Little Milan and the Duchess of the Aegean.

In front of all this amazing beauty and noble architecture, Eleftherios Venizelos said once that "Greece was reborn in Hermoupolis", and everyone who has the chance to visit this marvel will agree with this statement. To build this marvelous town, many European architects came from various countries like Germany, Italy and Greece, and joined their talents in a glorification of artistic and architectural beauty.

The magnificent Miaouli Square is one of the most beautiful squares in Greece. It is known for its tall palm tree that shadows small coffee shops and restaurants, creating an attractive scene and relaxing atmosphere. The square is surrounded by the superb building of the Town Hall which was designed by the famous Bavarian architect Ziller and finished in 1898. It is the most magnificent neoclassical building in Greece and the most grandiose of all the mansions in Syros.

Apart from the municipality, this architectural marvel also houses the Archaeological Museum. Also surrounding the square is the Cultural Centre of Hermoupolis, a beautiful building with high painted ceilings and chandeliers and where various cultural activities take place throughout the year, such as concerts and interesting art exhibitions.

In Miaouli Square is also the round marble stand with beautiful relief panels with representations of Apollo and the Nine Muses. On this bandstand, the town's philharmonic band often gives concerts. The Apollo Theatre which stands on Vardaki Square and was designed by the French architect Chabeau is also worth seeing. It is a miniature of the famous La Scala of Milan and used to house many famous artists and to present Italian operas. Today some local theatre and music groups perform in it. 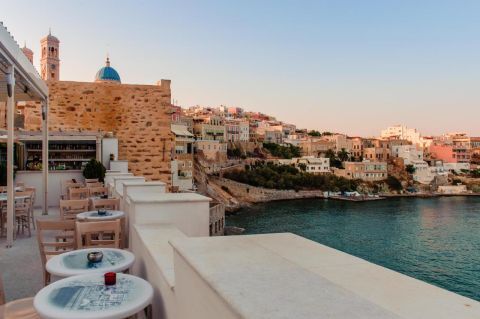 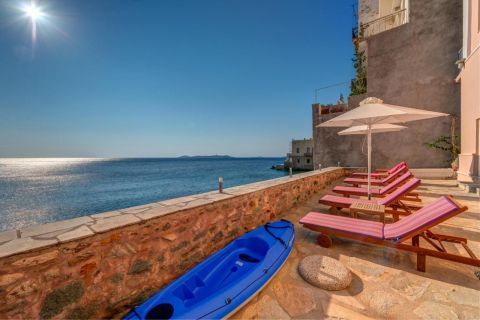 Boasting a seafront location in the cosmopolitan town of Ermoupoli, Apollonion Palace combines an elegant design with stunning sea views and a friendly atmosphere. The hotel has a charming interior design and its terrace offers direct access to the sea. Luxury amenities are also provided. 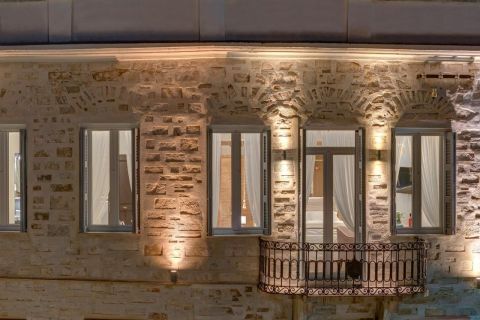 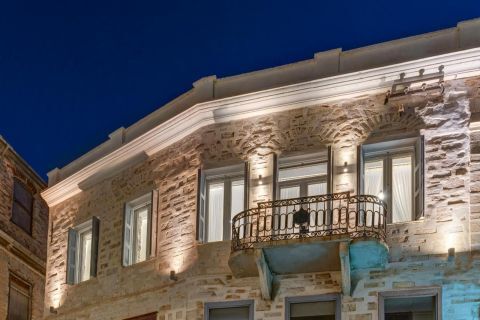 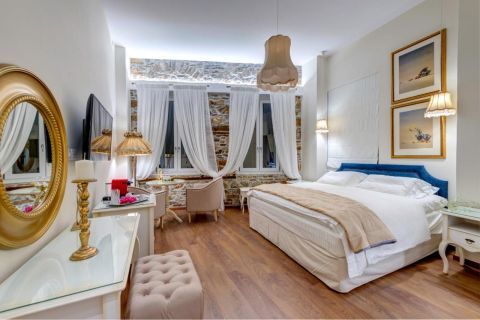 The elegantly decorated 1844 Suites offer accommodation in a luxurious setting in Ermoupoli Town. The suites combine a stylish neoclassical design, with modern details and useful amenities for maximum comfort. The hotel’s central location is truly convenient and the suites come with nice sea views ... 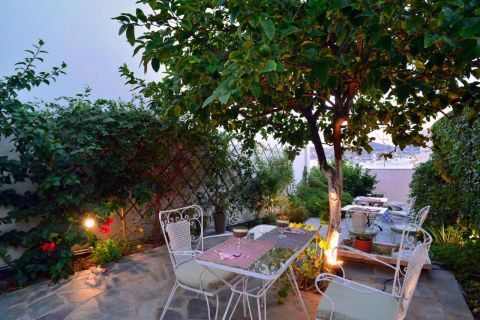 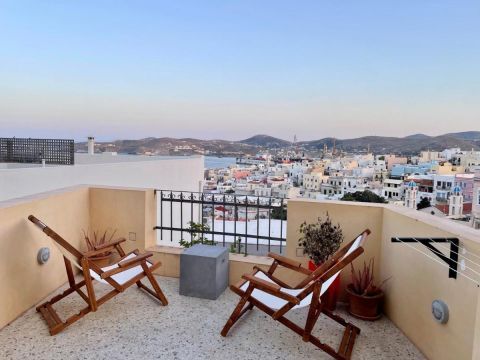 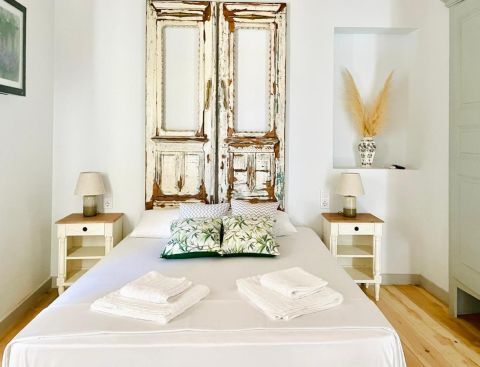 The elegantly designed 1901 Hermoupolis offers accommodation in the heart of Ermoupolis, at a short walking distance from the town’s port. Its cozy double rooms have been equipped with free bath amenities and a lush green garden with outdoor furniture can be found outside the hotel’s main ...

Things To See And Do In Ermoupolis