The island owes its name to the son of the King of Delos, Mykonos. The history of Mykonos in antiquity appertains to the history of the adjacent island of Delos, which is no longer inhabited.
According to mythology, Hercules, in one of his twelve tasks, was fighting the Giants and, after killing them, he threw them into the sea, where they petrified and turned into huge rocks, forming the island of Mykonos.
Being in the shadow of the prosperous and spiritual Delos, where Leto gave birth to the god Apollo and the goddess Artemis, little is known about Mykonos during antiquity.

Excavations in the ancient site of Ftelia indicated that the first inhabitants of the island were Carians. The ancient Mykonos developed a great culture and, in fact, the earliest amphora of ancient times, known as the Mykonos vase, was discovered on the island. Romans, Venetians, and Ottoman Turks ruled the island during different periods of time. Nonetheless, ever since the Greek War of Independence, Mykonos belongs to Greece.

Because the inhabitants were great sailors, they provided help to the War, offering their 22 ships, 500 members of the crew, and 140 canons to the Greek Revolution against the Turkish yoke.
The heroic revolutionary figure of Mykonos is Manto Mavrogenous, a female who financed the Revolution, helped in the organization of fights, participated in the Filiki Eteria (a secret revolutionary organization), and managed to organize troops to revolt against the Turks in 1822.

Later on, the island succeeded to reinforce its commercial power and make the economy bloom using textiles - the most important source of income for the families. The textile was of such high quality that it was traded around Greece and abroad.

Tourism started to flourish in the early 1960s when it became the favorite shelter for artists and later for the hippies.
The archaeological site of Delos became a great attraction, and today, Mykonos has become one of the top tourist destinations in the world. 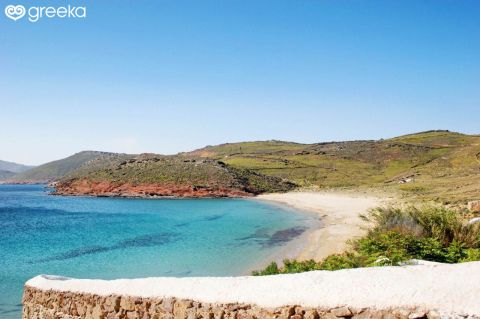 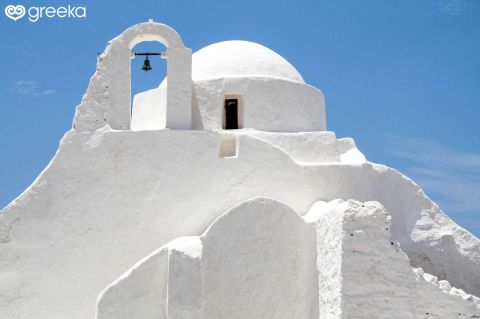 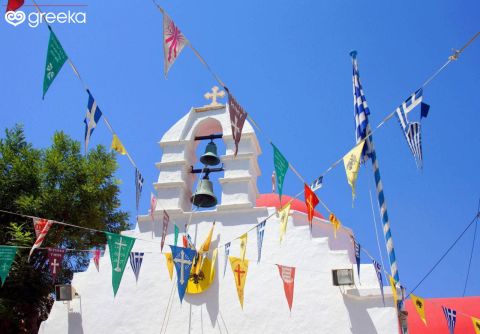 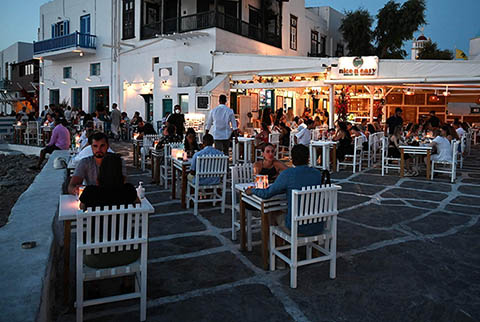 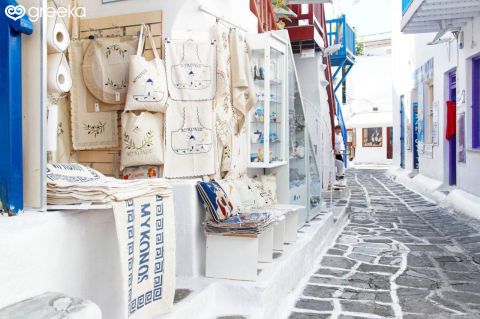 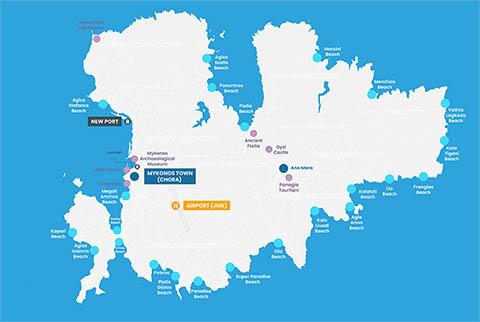