Mykonos island is part of the Cyclades group of islands and lies among Tinos, Syros, Naxos, and Paros. Its landscape is no different than the rest of the Cyclades with hilly, almost treeless landscape where only a few bushes and trees grow. Next to Mykonos is Delos, a landmark of ancient Greek history and one of the most important archaeological sites in the country.

✔ DISCOVER MYKONOS WITH US
Want to discover Mykonos with ease and totally carefree? Take an organized island hopping tour with us!
Want to make your own island-hopping trip? Book your ferries online and view more services that can help you organize your trip.

Among the top destinations in Greece, Mykonos is a truly cosmopolitan place and a meeting point for many cultures. The island gained world reputation throughout the 1960s as a summer resort for the artists and the wealthy. Since then, Mykonos has also become a favourite spot for gay society and today it is considered an oasis for gays and party animals.

Mykonos, the dream of every cosmopolitan vacationer, is still a typical Cycladic island with sugar-cube houses, traditional windmills, picturesque churches, and paved alleys. Every summer, this island draws worldwide attention for its party atmosphere and the crazy rhythms. In the daytime, people go to the beaches and combine swimming in exotic waters with dancing in the beach bars. In the evening, Mykonos Town (or Chora) gets lively with the cosy bars in Little Venice and the vivid clubs scattered in the paved quarters.

Apart from clubbing, in Mykonos, do not miss a swim to the superb beaches of Super Paradise, Paradise, Platis Gialos, and Elia. Activities in these beaches range from partying in the beach bars till playing beach golf. Also, see the sunset from the windmills on the hilltop above the town or from Little Venice. These will be memories of a lifetime.

The natural beauty and beautifully preserved the architecture of Mykonos has inspired various artists, from cinematographers and painters to the music band Fleet Foxes who wrote a beautiful song called Mykonos. Many movies have also been set in Mykonos, including the famous Shirley Valentine (1987).

Although a part of the island, particularly Mykonos Town and the southern beaches, get crowded in high season, the rest of the island remains secluded. A drive around this secluded part of Mykonos will get you to private coves for swimming, interesting monasteries and fabulous spots with sea view.

Things to do in Mykonos

How to get to Mykonos?

Things to see in Mykonos 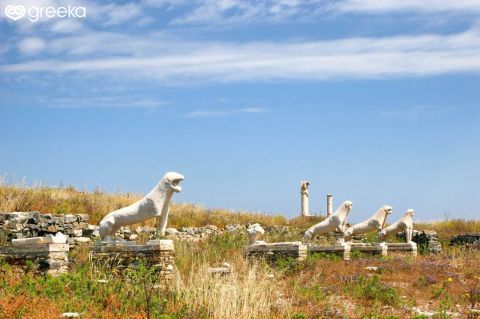