Kalampaka Village Meteora: Kalambaka is a tiny modern settlement close to Meteora. The most fascinating characteristic of the town is the spectacular setting of the precipitous Meteora rocks that border the northern part of the skyline. Kalambaka has a population of about 6,500 inhabitants. It is situated about 207 meters above sea level.

The settlement of Kalambaka is the capital of the district of Kalambaka, which is within the prefecture of Trikala and is located in the northwest side. The ancient name of Kalambaka was Eginio as is evident from the findings dating back to the Hellenistic and Roman period. During the 10th century, Kalambaka was known by the name Stagi. Kalambaka has numerous accommodations for tourists visiting Meteora. The busy main thoroughfare has lots of little shops catering for the tourists, restaurants and cafes.

The town of Kalambaka is unpolluted and calm, with a single major thoroughfare running through the town like a backbone, and a number of squares decked with prolific fountains that become hotspots for the visiting tourists during late evening.

Kalambaka is a settlement with prosperous history and significant monuments, with the most grand of all being the Holy Church of the Assumption of the Virgin. This church is situated northeast of the settlement, at the base of the great rock by the name Agia. Kalambaka is built at the base of the rocks of Meteora at the left side of the Pinios River, at the portion where it flows into the Thessalian valley.

Kalambaka has very significant tourist attractions, like Aspropotamos (white river), Koziaka Mountain and Chasia. Kalambaka is well known all over the world due to the legendary monasteries built atop Meteora rocks, situated near the eastern and northern part of the settlement. The quarter of Sopotos is situated on the northeast side of the settlement of Kalambaka, which is very scenic and delimited by two enormous rocks: the rock of Holy Trinity to the east and the rock of Alsos to the north.

There is a plethora of restaurants and traditional taverns in the town of Kalambaka and the surrounding villages. There are numerous hotels, restaurants, bars, and gift shops. 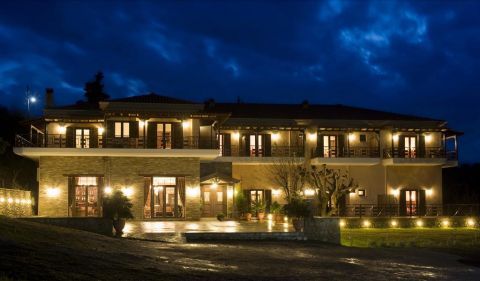 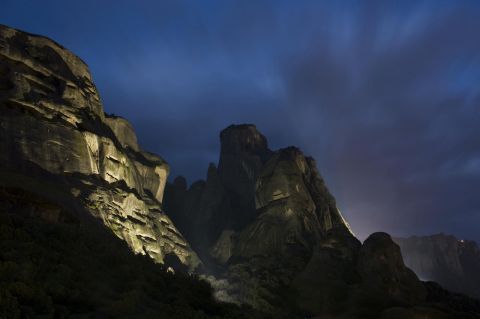 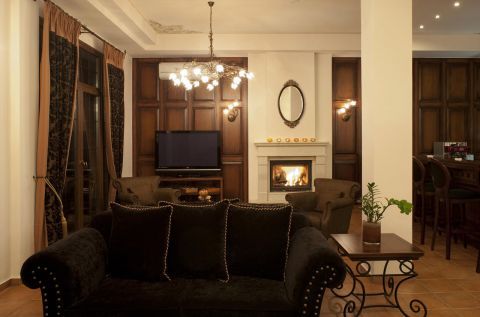 Dellas Boutique Hotel is situated at an exceptional location, at the village of Kastraki exactly next to the town of Kalabaka. It is built under the shadow of Meteora. Its marvelous location in combination with the amenities of the hotel make up a perfect combination for a comfortable stay. Allow ... 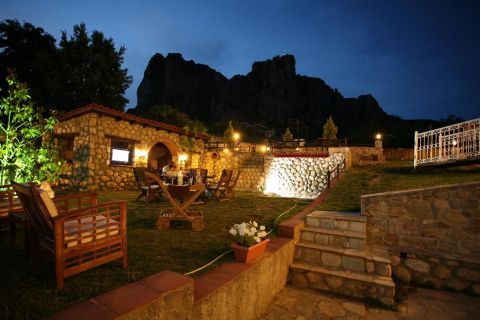 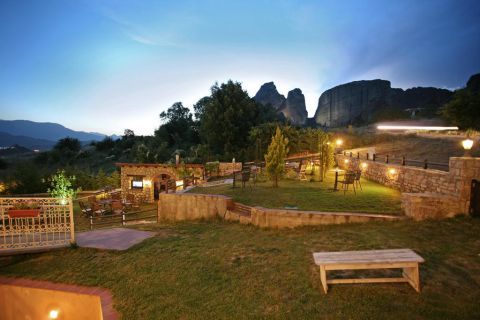 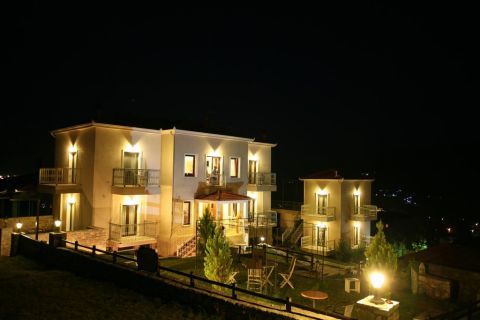 Its guests will be amazed by the beauty of nature and the unique landscape. You couldn't be indifferent to the magnificent views and natural beauty which is designated as a heritage monument by UNESCO. 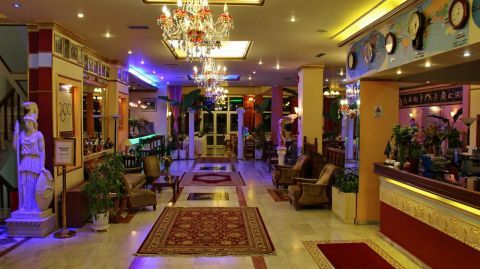 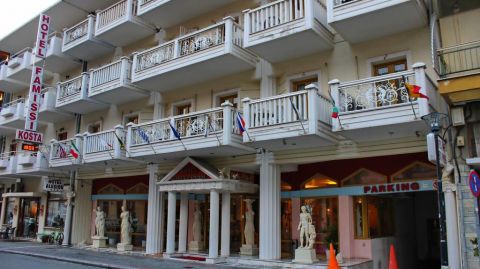 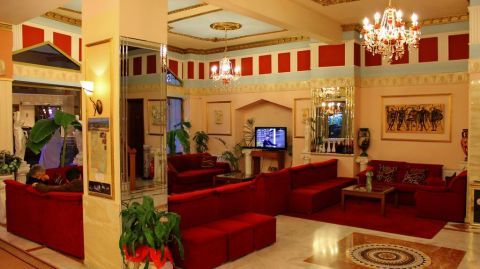 You will find the Hotel Famissi at the entrance of the town of Kalampaka, which is situated below the magnificent, eternal rocks of Meteora.. It combines perfectly the unique beauty of the place with the traditional architecture and the modern accommodation making your holiday a very beautiful ... 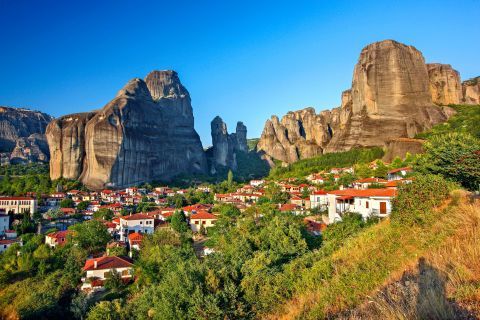