Also known as Tzia, the lovely island of Kea is located to the south of Attica in proximity to Athens. Although it is part of the Cyclades, it doesn't really seem like the typical Cycladic island.
You won't encounter whitewashed cubic houses and blue-domed churches in Kea; instead, its architecture involves neoclassical houses with elegant architecture, painted in earthy colors.

To help you plan an unforgettable trip to Kea, we provide all the relevant information in our travel guide. There, you will find everything you need to know about the island, including the best things to do, the most beautiful beaches to visit, hotels for your stay, restaurants, important landmarks, and a collection of beautiful photos.

Kea lies very close to Athens; for that reason, it comprises a popular weekend getaway from the Greek capital. You can get there by ferry from Lavrio Port. If you're staying for a bit longer, you can combine a visit to Kea with island hopping by using one of the ferry crossings to other nearby islands (Kythnos and Syros). 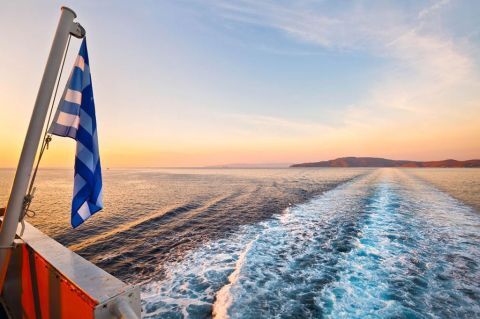 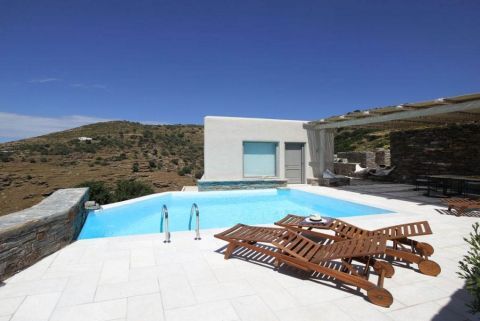 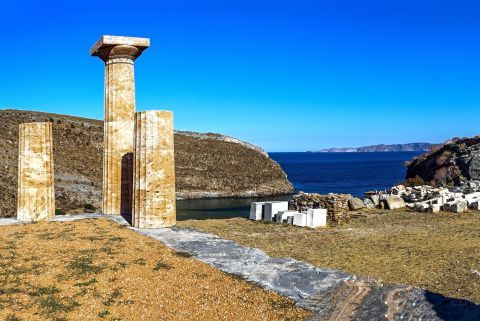 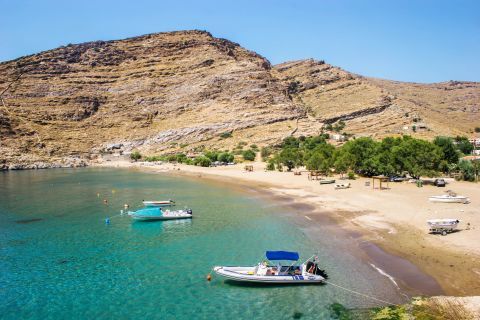 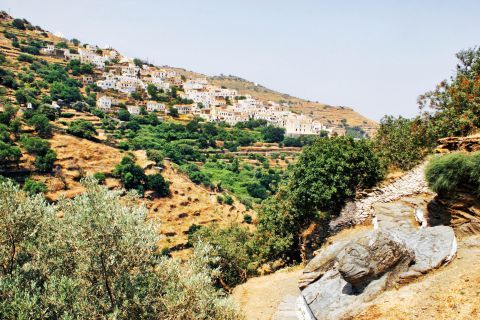 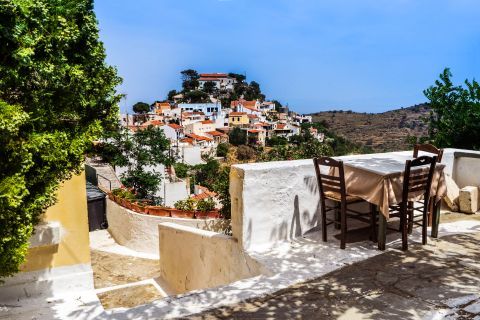 OUR TRAVEL SERVICES IN KEA

We help thousands of people every year to plan beautiful and trouble-free holidays in Greece. From hotels to ferry tickets, we provide all the essential travel services, to make your trip to Greece the most epic and smooth one.
The quality of our services is rated. Our guide and services won the Silver Award (2020) at the annual Tourism Awards in Greece. Read reviews about our services.

Kea is located in the Aegean Sea and is the nearest inhabited Cycladic island to Athens.
It lies just an hour away from the port of Lavrion in Attica. Thanks to its proximity to the capital, Kea (also known as Tzia) is a very popular destination among residents of the capital, especially for weekend getaways and short trips!

Even though it is part of the Cyclades complex, it is not similar to its Cycladic counterparts. Unlike the rest of the Cyclades islands, Kea is more verdant. Furthermore, instead of boasting traditional whitewashed houses, it is full of long-established farmhouses and tile-roofed buildings in earthy tones.

Kea's inland is a lush natural paradise!
The island houses rare plant species and wild animals, such as birds and reptiles. For that reason, it makes an excellent destination for nature lovers and exploration aficionados.

The island's capital is Ioulida, a beautiful village that emits a relaxing vibe, thanks to its traditional architecture and car ban!
In Ioulida, you can encounter a Medieval castle - an edifice that dates to the Venetian period, and the Archaeological Museum, among other places of interest.
Other beautiful villages include Vourkari, Korissia, and Otzias.

As for the beaches, some of them are organized, such as Gialiskari, Koundouros, and Korissia, while others are secluded and completely unspoiled!

For your accommodation, villas, houses, and studios are available for the most part, while apartments and camping facilities are additional options.

Kea is an oasis of relaxation!

Explore Kea island through the lens of the talented members on Greeka community.
Share your experience with us or tag us #greekacom on your favorite social media.

When it comes to your accommodation in Kea, you will discover facilities that are suitable for all budgets!
The island offers both luxurious villas with swimming pools and traditional houses or studios with a warm and friendly atmosphere.
Some of the most popular hotels are Porto Kea Suites, Spathi Beach Suites & Voukari village.
The area of Ioulida and the port of Korissia are the most popular locations to stay in Kea.

The island is only accessible by ferry. There are ferries from Lavrion port in Athens but also from other islands of the Aegean sea.
The closest airport to Kea is in Athens.
Book your ferry tickets with us!

Discover more about the different ways to get to Kea & how to move around.

• Ferry • Flights to nearby locations • Move around
Travel there

Discover the best of Kea! From sightseeing to activities, we give you the best recommendations for the ultimate holiday experience!