Heraklion Prefecture constitutes the central part of Crete and is situated east of Rethymno and west of Lasithi Prefecture. It is the largest urban town in Crete with a total population of 270,906 inhabitants. It is washed from the Cretan Sea (north) and the Libyan Sea (south). Farmlands are located in the central and the northern parts, at the coast and the valleys. Heraklion has been the birthplace of Minoan Civilization and generally, its history is interesting throughout all centuries.

The geography of Heraklion is gifted with some outstanding natural elements. The soil of Heraklion Crete has similar characteristics with the Cretan land, it is mainly mountainous. The only difference is that Heraklion is covered by a beautiful plain of Mesara and the valley of Heraklion. The high peaks of Mount Psiloritis and Mount Diktys rise over the west part of Heraklion and some reach the shores and end to Lithino Cape.

Discover the Map of Heraklion

View the map of Heraklion with the main villages, beaches, and sightseeing. Also, the location of the port and the airport.
View: Map of Heraklion 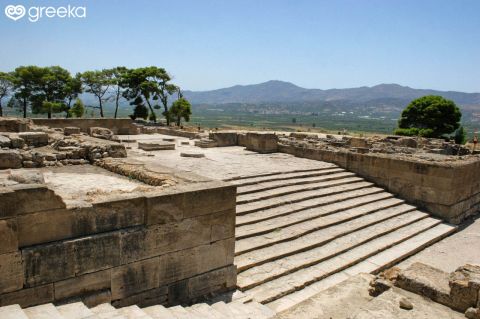 Things to do in Heraklion

Things to see in Heraklion

How to get to Heraklion?