The town of Mystras was founded in the 13th century, after the conquest of Constantinople by the Crusades. The Franks dominated Morea, the area is known today as the Peloponnese and Prince William II Villehardouin built a fortress on the top of the mountain Mystras (alias Mytzithras). In 1259, Villehardouin was captured on the battlefield of Pelagonia by Michael VIII Paleologos, a Byzantine emperor that set him free in exchange for the castles of Monemvasia and Mystras. The town thus becomes a Byzantine area and gets influenced by the Byzantine architecture and artwork. Since then, Mystras became an important military center and the inhabitants of the neighboring areas started building their homes on the slope of Mystras, seeking security.

Although the original area was protected by walls, the increasing number of houses made it necessary to build more walls to enclose the new cluster of houses. This fact explains the walls that Mystras hosts until our days, which constitute a great attraction for visitors. The first wall was called Chora and the second one Kato Chora. The cathedral of Sparta was also taken to Mystras. These movements gave, as a result, an important city that became the capital of Moreas between the mid-14th and mid-15th centuries.

Mystras had a permanent lord that ruled for indefinite terms and owned the title of despot. Along time, Mystras became the capital of the famous despotate of Moreas. From this point on, the history continues with plenty of fights against foreign invaders, including Franks, Slavs, Turks, and Albanians. The first despot of Mystras was Emmanuel Kantakouzenos, who ruled from 1348 to 1380. Matthew Kantakouzenos (1380-1383) and Demetrios Kantankouzenos (1383-1384) were the following despots. Then, Theodor I Paleologos ruled until 1407. During this period, the prosperity of Mystras reached a high level. In fact, the Neoplatonist philosopher George Gemistos Plethon (1355-1452) founded a philosophic school there in 1400.

Theodore II ruled from 1407 to 1443. His younger brother, Constantinos Paleologos, ruled Mystras from 1443 to 1449 and then became the last emperor of the Byzantine Empire. After the conquest of Constantinople by the Turks in 1453, his younger brother Demetrius surrendered the castle to them in 1460. Under the Turkish occupation, Mystras gradually started to decline. In 1687, the Venetians conquered the area but the Turks gained it back. The inhabitants made many courageous efforts to free their city from the Turks but with no result.

In 1825, the Albanian Turks slaughtered the population and ruined the area, which was later abandoned. Finally, it was set free a few years later and formed part of the first Greek state. In 1831, King Otto founded the new city of Sparta 9 km away and this resulted in the final decline and abandonment of Mystras. Most families moved to Sparta and others to New Mystras, a small village built in the countryside. In 1952, the remaining properties were expropriated and the city started to be appreciated as one of the most interesting Greek archaeological sites. In 1989, the old town of Mystras was named a UNESCO World Heritage Site. 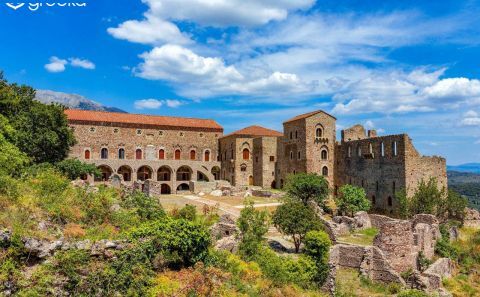 Things to see in Mystras

Things to do in Mystras

How to get to Mystras?