Information about the Beaches in Ionian islands, in Greece but also information about beaches in many islands of the group: The Ionian islands are located on the western side of mainland Greece, forming the sea borders with Italy. These Greek islands get popular for their green landscape and the wonderful Ionian beaches with crystal water.

Corfu and Zakynthos are the most popular islands of the Ionian Sea, while over the last years Kefalonia and Lefkada are also developing. Navagio in Zakynthos, Myrtos in Kefalonia, Agios Gordis in Corfu, and Porto Katsiki in Lefkada are the most photographed sandy beaches in the Ionian Sea and some of them are among the most popular beaches in Greece. Particularly, Lefkada is famous for the exotic blue water of the western coasts, while the islands of Paxi-Antipaxi also have gorgeous bays.

The rest of the Ionian islands, such as Ithaca and Kythira, do not have such impressive beaches, however, they attract visitors with their relaxing family atmosphere. Due to the many islands in close distance to each other, the Ionian Sea is also great for sailing.

DISCOVER THE BEACHES WITH YOUR OWN CAR!
Want to discover Ionian with ease and totally carefree? Rent a car with us at the best prices!
Rent your car with us!

List of the best 10 beaches in the Ionian Sea

Contrary to the wild landscape of the Cyclades islands, the Ionian beaches are usually surrounded by green cliffs and have fantastic blue-green water. Either organized or not, the beach of the Ionian Sea attracts millions of visitors every summer. Here are the best beaches of Ionian: Myrtos beach in Kefalonia, Navagio beach in Zakynthos, Porto Katsiki beach in Lefkada, Paleokastritsa beach in Corfu, and more. 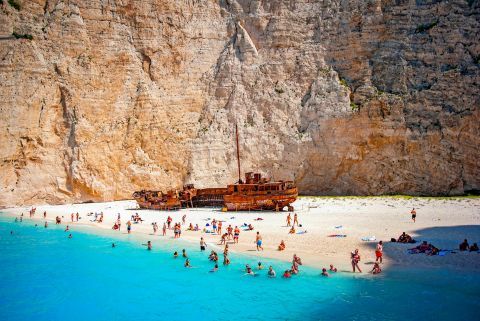 Often featured in magazines and travel guides as among the most beautiful beaches in the world, Navagio beach in Zakynthos is located on the northern side of the island and can be reached only by boat. Such boat trips to Navagio beach and the Blue Caves depart from various ports of Zakynthos, like Zante Town and Laganas. Navagio beach, meaning the Shipwreck, took its name from an old shipwreck that lies today on the shore. The bay distinguishes for the white sand and the fantastic water. 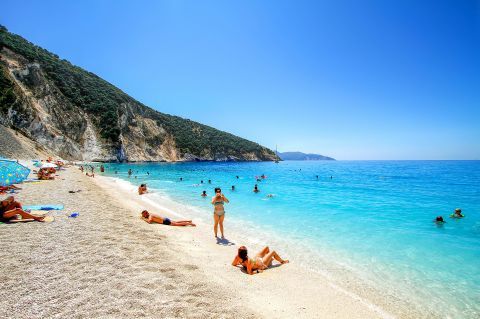 Myrtos beach is the most famous beach on Kefalonia island and among the most photographed places in the world. This large beach is surrounded by wild cliffs and gives a fantastic place to enjoy a day under the sun, for both romantic couples and families with kids. Myrtos distinguishes for the white pebbles on the shore and the exotic water. On one side of the beach, there is a small cave to explore.

The name of the beach means the port of the goats. Porto Katsiki in Lefkada is the most famous beach on the island. It distinguishes by the wild cliff that surrounds the beach and for the fantastic blue water. Porto Katsiki is located on the southwestern side of the island and can be reached through few steps that get down from the parking area. There are also boats to Porto Katsiki from Nydri port. 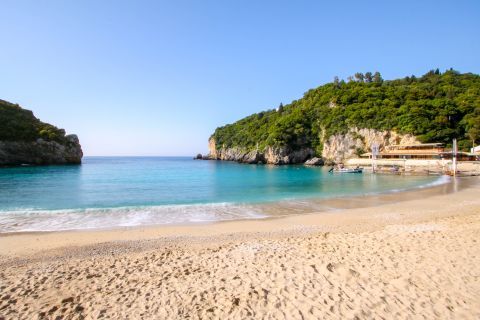 Paleokastritsa is the most famous beach in Corfu island. This place gets very popular in the high season but apart from the main beach, it also has nice small coves for a more secluded swim. From the small port of Paleokastritsa, boats are departing to explore caves and remote beaches in the region. On top of the hill is the famous Monastery of Paleokastritsa. 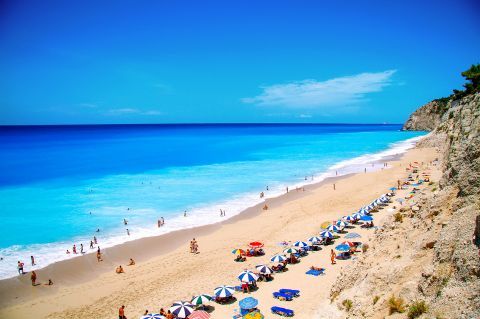 Egremni is a fantastic large beach in Lefkada with exotic blue water and soft sand on the shore. The view of Egremni from the cliff above is really impressive and visitors have to get down many steps to reach the beach. Part of the beach is organized with sunbeds, umbrellas, and a beach bar, but the largest part of Egremni is unorganized and great for relaxing moments. 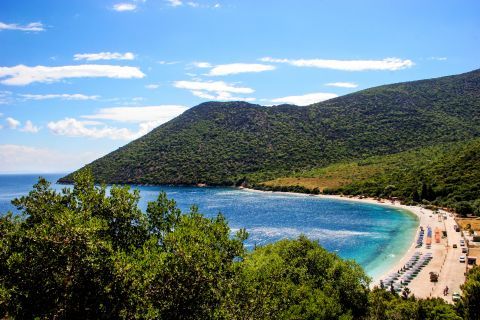 The second most famous beach in Kefalonia, Antisamos is located on the eastern side of the island. With green surrounding hills and blue-green water, Antisamos is a fantastic place to relax in Kefalonia. Part of the beach is organized with sunbeds, umbrellas, a beach bar, and a watersports center with fun games. Antisamos became world-famous when scenes of the Hollywood movie Captain Corelli's Mandolin were shot there. 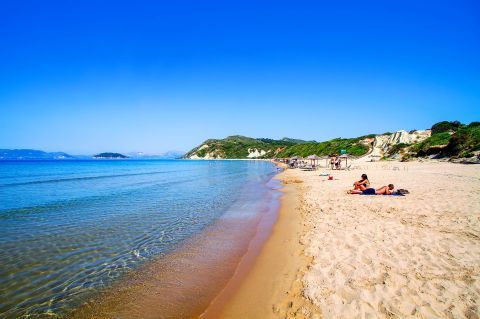 Located on the southern side of Zakynthos, Gerakas is a large beach with a sandy shore and crystal water. Part of the beach is organized with sunbeds and umbrellas. This place is most famous as a breeding location for the Caretta-Caretta sea turtles that come here to lay their eggs in the soft sand. This is why there are special measures to protect these turtles from tourists and development. 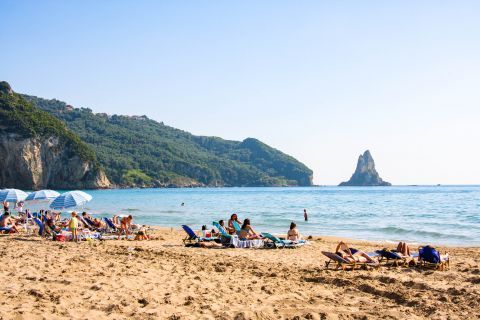 Located on the western side of Corfu, Agios Gordis is a large bay surrounded by green cliffs. This greenery has given a special blue-green color to the seawater. The sandy shore is a fantastic place to enjoy a day under the sun. Many hotels and apartments are found on the hills above the beach, which is partly organized with sunbeds, umbrellas and beach cafeterias. 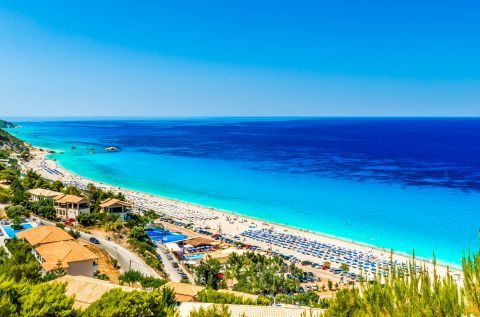 Kathisma is among the longest and most beautiful beaches on Lefkada island. It amazes visitors with the soft white sand and the exotic waters. The largest part of the beach is organized with sunbeds and umbrellas, while one side is nudism-friendly. There are many chances for watersports and other sports in Kathisma Lefkada, even paragliding. 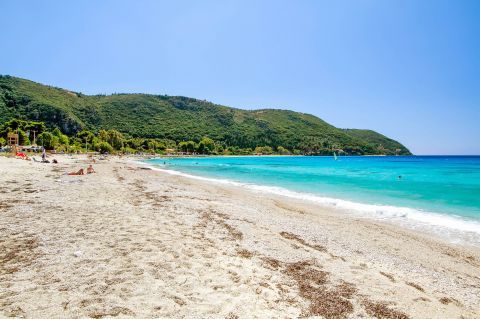 Are you looking for a hotel near one of the most beautiful beaches of Ionian? Check our proposed hotels.

Discover the beaches on each island

Information about the beaches on the islands of Ionian: 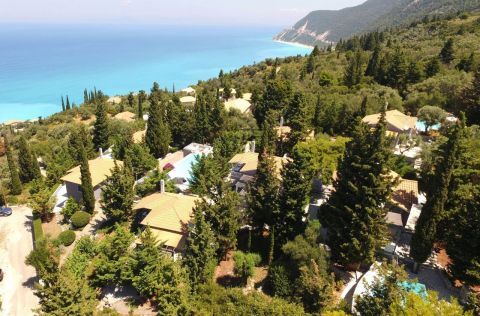 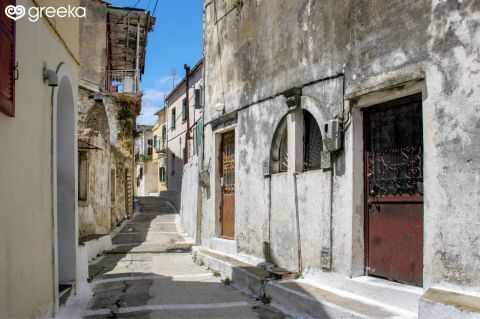 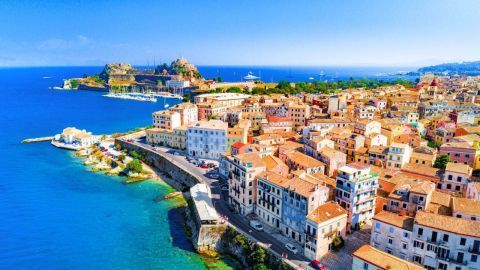 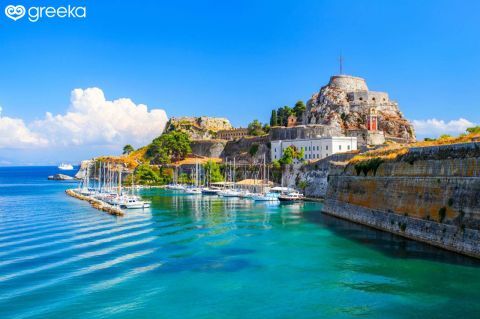 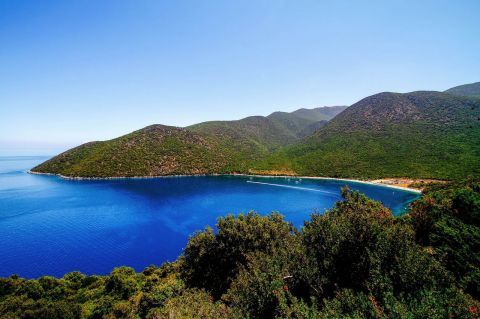