Megalo Papigo village Zagoria: The village of Papigo is situated on Astraka, one of the highest peaks of Mount Tymfi, alias Gamila. It is 52 km north of the city of Ioannina, and is considered as one of the most beautiful villages of Zagoria.

It lies on the northern side of Vikos gorge and can be accessed by crossing the Voidomatis River bridge. Then you must take the road up in order to arrive to one of the two districts Papigo village is divided into, Megalo and Mikro. The road leading to the village of Papigo is a feast for the senses.

The feature of this road, crossed by the Voidomatis River, is picturesque, creating great natural scenery that attracts the visitor's eye. The view of the Vikos gorge is also stunning. However, if you drive, it is important to pay attention on the road, because it is narrow and very zigzagging. Once in Papigo, great strolls around its stone-alleys can be held, as its two-stored mansions have been declared a national historical monument. Their construction materials are mainly stones. In fact, this is the main material on the village and is used almost for everything. These constructions are also unusual because they do not have a balcony.

Another interesting point is the natural fountains, also made of stone, located close to the village. They are ideal for refreshing in the hot days. Another interesting activity that can be held in Papigo, more specifically in Megalo Papigo, is to visit the personal library of Micheal Anagnostopoulos. It includes around 1250 volumes of books –most of them in foreign languages, published between 1750 and 1906.On the other hand, Mikro Papigo is 3 km further up after Megalo Papigo. It is amphitheatrically built on the steep slopes of the mountain and leads to the popular Dragon Lake, placed on the edge of a great limestone cliff overlooking the Aoos Valley.

Once strolling around these areas, in case you decide it is too late to come back to the accommodation place, it is possible to spend the night in one of the traditional pensions available in the village. In case you do not have a car, there is a bus service to the villages of Papigo from Ioannina, which usually works three times a week. However, have in mind that the bus departs early in the morning and returns in the afternoon. It is advisable to check the timetable before you start your excursion. 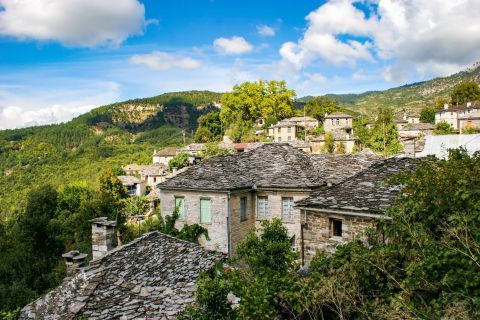 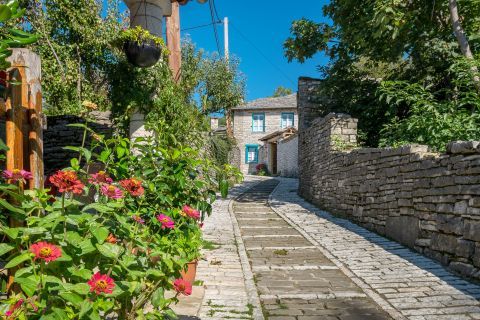