Monodendri village Zagoria: The village of Monodendri is part of Central Zagoria and is settled at an altitude of 1,060m. Monodentri can be reached by getting down to Vikos Gorge and following the cobbled trails that lead to the Misiou Bridge.

Monodentri exists since 1753. Before that year it used to be a community consisting of three neighborhoods: Vitsa, Ano Machalas and Agios Georgios. During the 17th and 18th centuries, some local benefactors took charge of some important constructions that remain until our days.

These constructions included churches, schools and manors, which contributed to the village decoration and provide the current visitors with some special attractions, such as the monastery of Prophet Elias and the churches of Agios Athanasios, Agios Georgios and Agios Minas. Finally, near Monodendri, you will find the abandoned monastery of Agia Paraskevi, built in 1412, providing an impressive view of the entire village.

The construction material used for these great architectural works was the grey stones found in the surroundings of the village, which gives it certain uniformity.During the 18th and 19th centuries, the residents of Zagoria had made a fortune dealing with trade. Today the village hosts some beautiful two-storey mansions, which result from the prosperity of those days. In fact, this village is one of the most beautiful Zagorian villages and has been declared as a national historical monument.

However, the main attraction of Monodendri is the famous Vikos Gorge, a large, steep canyon, which is visited by many tourists and makes Monodendri popular. 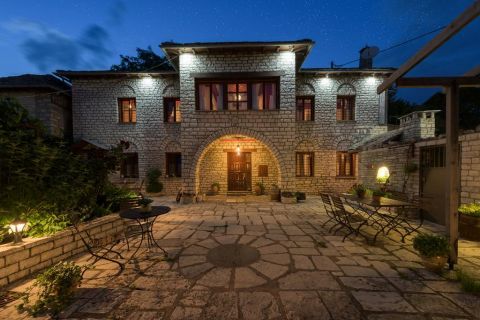 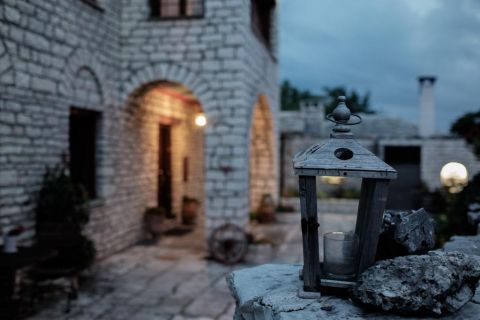 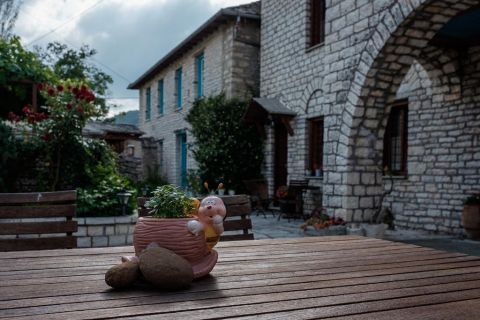 Vikos guesthouse is one of the first lodgings in the area, and is 600 metres from the Vikos gorge. The guesthouse is a traditional stone-made building, renovated in 2007, and operates all year long. The guesthouse Vikos offers 7 rooms in total: 5 of the rooms are double and 2 are triple ones. All ...

Located 200 m from the central square of the scenic Monodendri, stone-built Archontiko Zarkada offers rustic-style accommodations with free Wi-Fi and a balcony overlooking the village of Vikos Canyon. The traditional restaurant serves local specialties by the fireplace. Featuring wood-carved ...

Monastery of Agia ParaskeviRizarios Centre for exhibitionsChurch of Agios Minas