The Castle (Kastro) of Naxos, Cyclades: Naxos Castle is in fact the old Venetian Town of Naxos. Along with the Tower of Glezos, it served as a protective shield to the impregnable fortress of Sanoudos in Chora.
It was originally built under the supervision of Markos II Sanoudos (the Venetian conqueror after whom it was named), who came along with the establishment of Frankish sovereignty over the Aegean Sea in 1207.
For its construction, materials from a preexisting ancient acropolis were used.

The fortification system adjoining the fortress is conspicuous thanks to its pentagonal shape. It has three gates, with the biggest one being Trani Porta ("Great Gate").
The Glezos Tower stands like a sentinel in close proximity to the northwestern gate. It used to belong to a complex of 12 towers, commonly referred to as the Krispi and is the only one that has survived. Certain parts of the tower extend to the western and northern side of the fortress.

The Castle consists of four levels and it is the only castle in Naxos with a round shape. The fortress circuit towers, particularly the Glezos tower, are impeccably preserved, even to this day. The entry to the tower stands out for its coat-of-arms that once belonged to the Krispi family.

As for the use of the castle, in addition to its fortification purposes, it had a huge role in the local politics, education and religion during the Venetian period, housing several building that are still open to the public, such as the Cathedral, the Archeological Museum and the Ursulines School.
In addition, many mansions still belong to renowned Venetian families and others are used to house shops and cafes.

Restoration Works: The tower was handed over to the Archaeological Service by Mr. Petros Glezos, who believed that the prestigious institution would undertake its preservation.
Restoration work is still in progress and the Archaeological Society intends to build a Museum there as well.
Upon the successful completion of the work, it will become the biggest Byzantine Museum in the entire Cyclades.

The Glezos tower was fully restored in the period 1968-1969. In more recent times, from 1995 and onwards, works on the construction of the museum have been ongoing.

Tours and activities related to Kastro

The Kastro (Castle) of Naxos is located in Chora, just a 10-minute walk away from the central bus station and 6 minutes from a parking lot. 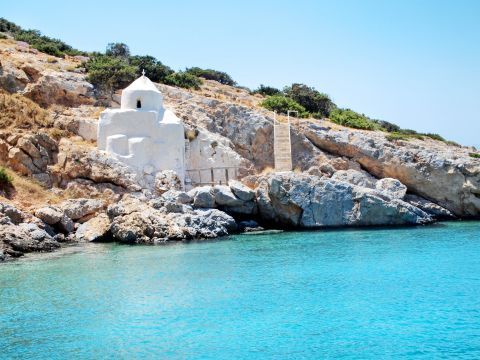 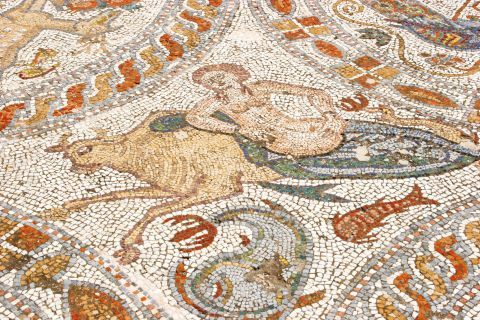