Anafi is a small island, located to the east of Santorini. Its shape is triangular and its land is mostly rocky. Anafi island, because of its size, hasn't been too much developed in tourism so it is a great destination for peace and quiet seekers. According to the myth, Anafi rose from the sea to provide shelter for the Argonauts and to protect them from the wild sea. It has got a semi-mountainous structure with Vigla, Kalamos and Agios Ioannis Theologos being their highest peaks.

Anafi is also provided with a number of beaches, most of them with fine soft sand and some others pebbled. The port of Agios Nikolaos is the busiest part of Anafi. It is provided with the basic facilities a tourist would need, such as taverns and rooms to let. From there, some small tour boats begin to make the round of the island and make some stops to beaches.

Otherwise, the island can be crossed on foot or on mule back. There is one local bus but the itineraries are rather rare. Chora village, the capital of Anafi, is built on a naturally amphitheatrical site at the center of the island. It is located 2 km from the port. Chora is characterized by a number of small churches, its white houses, and paved roads. A lot of sightseeing can be done on Anafi. The 18th-century Monastery of Panagia Kalamiotissa is an important religious center for the island.

Close to the monastery, there are the remains of an ancient temple dedicated to Apollo. The Monastery of Zoodohos Pigi, another important religious center, was built in the 19th century. A large part of the monastery was destroyed from an earthquake that affected the island in 1956. The temple of Apollo, the Venetian castle and the church of Agios Athanasios is the special tourist attractions of Anafi.

Anafi preserves the local traditions and customs at its best. Religious feasts are celebrated with much enthusiasm. They are accompanied by traditional music and dance. Villagers and visitors actively take part in all festivities. The climate is dry and cool, ideal for the cultivation of barley, wheat, and citrus. Vegetables, such as onions and tomatoes grow abundantly.

Wine and olives are an important part of Anafi agriculture. Thyme produces good-quality honey. The island also supports stockbreeding. After all, stockbreeding, along with agriculture and fishing, are the main sources of income for the island, as tourism hasn't yet developed enough. 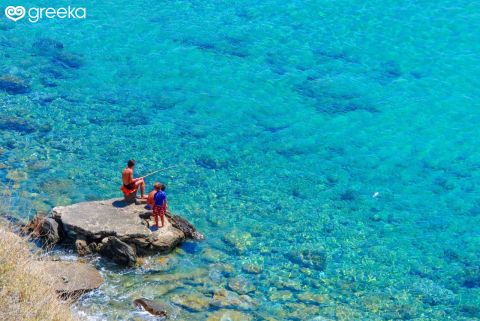 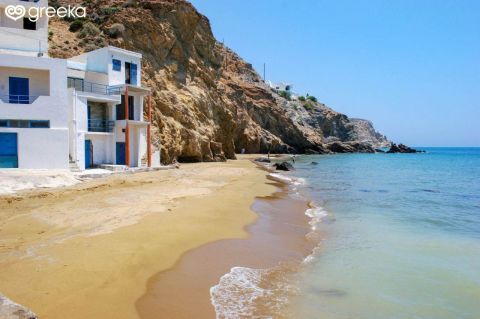 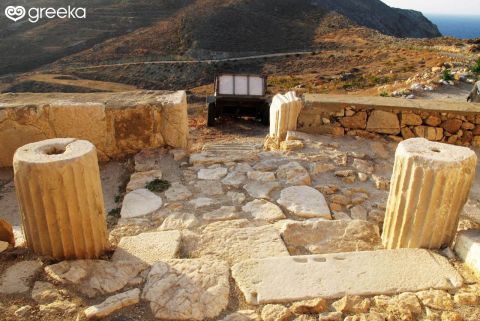