The Monastery of Zoodochos Pigi in Anafi: The Monastery of Zoodochos Pighi stands on the eastern side of the island and is also known as Panagia Kalamiotissa. This monastery, which is built on the top of a hill and gives a gorgeous view of the island and the sea, is a popular trekking destination on Anafi. Trekking there from Chora should not take more than 2 hours plus you have the opportunity to cross almost all the island.

The exact date of its foundation is unknown. However, its wooden icon screen and some icons date from the 19th century. Around this monastery, you will see many ancient remains, as the complex has been built on the site of the ancient temple of Apollo Aeglitis or Apollo Anafeos, as it is so called. In fact, some parts of the temple were used for the construction of the monastery.

Photos Of Monastery of Zoodochos Pigi by Greeka Members 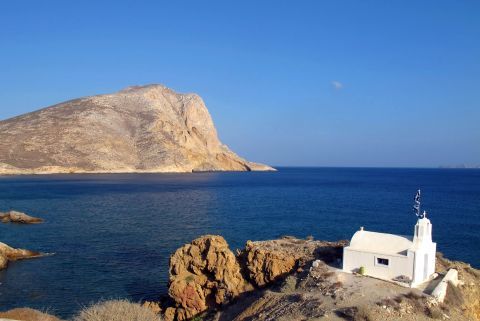 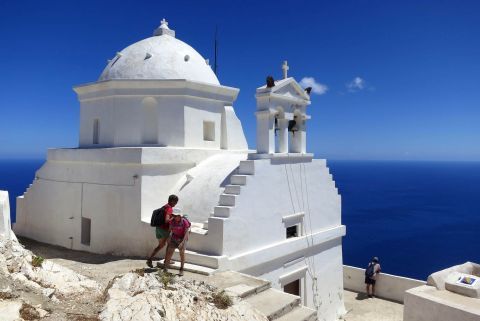 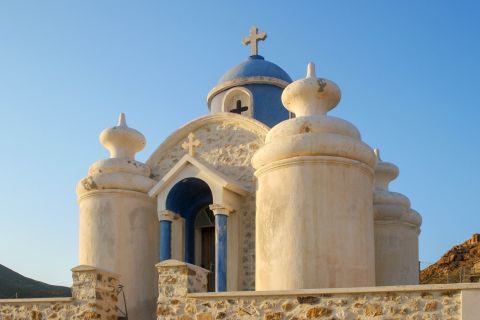