Vamvakies Beach Alonissos: The pebbled beach of Vambakies has been extensively taken advantage of in terms of accommodation, which includes villas and cottages. Apart from being usually taken into account because of its picturesque features, it also offers some convenience in terms of access to other good places.

For example, at just 50 metres from this beach, these accommodation options also promote their closeness to Agios Dimitrios as well as to Steni Vala, a picturesque fishing village that counts on taverns and a supermarket, as well as a regular water taxi service that goes from this small port to the nearby beaches.

In addition, there is a hospital unit for monk seals at this village that awakes the curiosity of the visitors, which in case of being lucky may end up seeing one of them. All these facts make Steni Vala a popular destination for yachts, in spite of keeping its traditional quiet vibe and environment. Some other accommodation options are placed at 100 metres from the main road, which also is very convenient.

The ones that count on balconies allow enjoying a panoramic view of the sunset while being comfortably sit, and some of them are headed to the island of Peristera, a great detail that is included on the typical promotion pictures that capture the most paradisiacal features of the place. Another type of view that is usually offered consists of the native fishermen working on their boats, according to the traditional picturesque images captured from these typically dreamy places.

The access to Vamvakies beach is given by a steep path, and it counts on the extra benefit of offering the possibility of exploring many small beach and coves included along its coastline. The beach of Vamvakies also has a small pier, which allows to those who arrive by boat to moor. In fact, this is an excellent option to take into account in order to combine sailing to exploring.

Another small fishing village that can be found nearby Vamvakies is Kalamakia, at 12 km from Patitiri, the capital of the island, which is ideal for an evening meal of fresh fish and lobsters at its nice taverns by the sea. In addition, this one is even quieter than Steni Vala, in part because there are not buses from Patitiri to Kalamakia, while Steni Vala has a twice per day service. Therefore, it is necessary to rent a car or a bike in order to get to Kalamakia. This village also has a small beach from which Agios Dimitrios, probably the best one on the island can be reached, even by swimming!

In conclusion, the beach of Vamvakies, apart from counting on many picturesque features that worth the visit has some extra benefits related to its accommodation options and the accessibility that it allows to some other important places on the island. 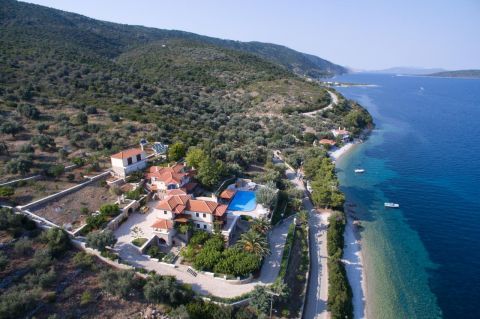 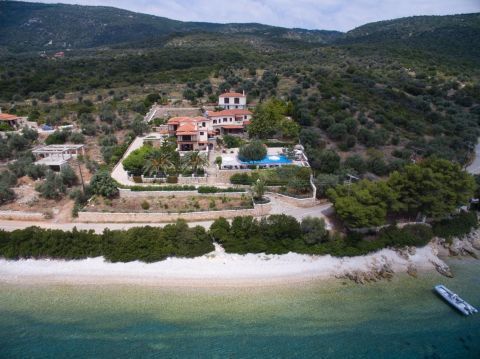 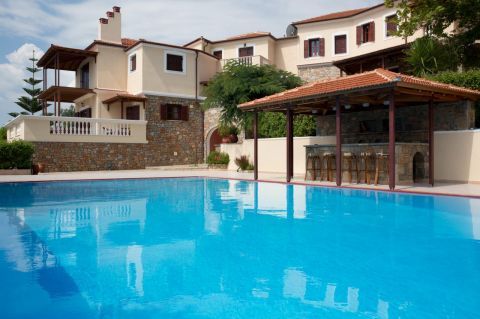 Muses consist of four large autonomous villas, combined with a marvelous architecture, that blends naturally in the surroundings. From the large balconies one may be lost in the astonishing view of the seaside. 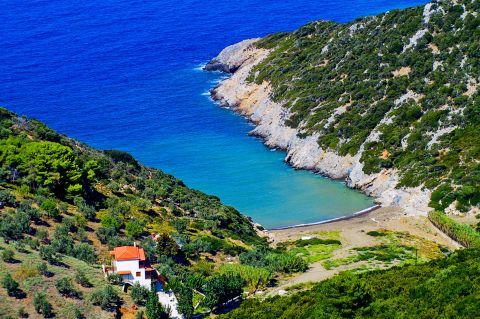 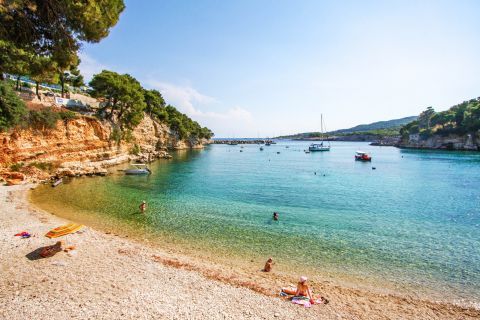 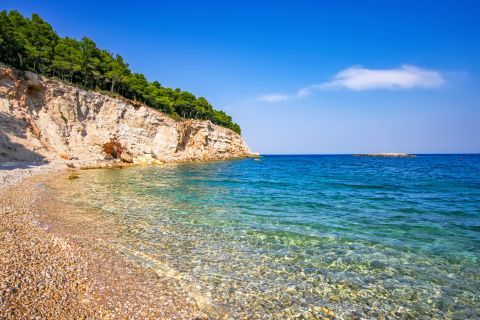 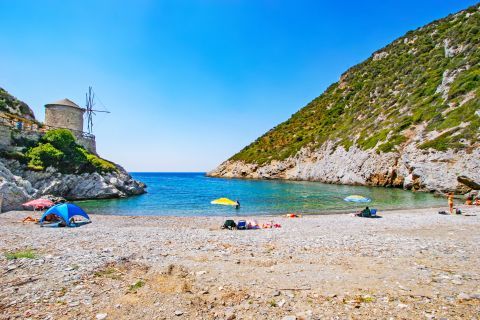 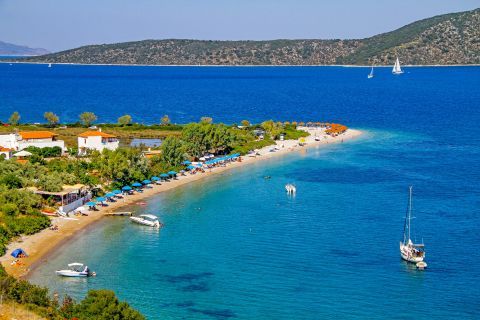 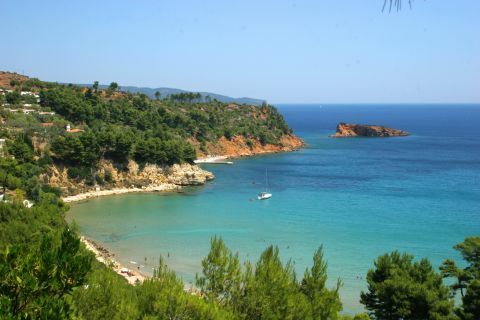