Palamidi Fortress in Nafplion: The fortress of Palamidi is a true architectural masterpiece. This fort was built during the Venetian occupation in the early 19th century and consists of eight bastions, each was self-contained, ensuring that if one bastion was breached the others could still be separately defended. The bastions were built one on top of the other and they all connected with one wall. The Venetians named the bastions by ancient Greek names, such as Leonidas, Miltiades, Achilles, Themistocles, to give emphasis on the strength of the castle.

The beautiful chapel of Agios Andreas is built within the central bastion, which was the best equipped of all the bastions and hence was used as the main headquarters. During the Turkish occupation, Christians were forbidden to enter the fort.

However, the struggle for liberation from the Turks began at Palamidi fort. Palamidi fort was seized by Greek rebels, lead by Staikos Staikopoulos on 29th of November in 1822. The first Greek among these rebels to set foot in the fort was Dimitrios Moschonisiotis, from the bastion of Achilles. The next day saw the abandoned chapel being cleared and prepared for a Service. The chapel has since then been consecrated to Apostle Andreas and 30th of November is celebrated as his feast day.

Palamidi was also used as a prison for a period of time. In 1833, Theodoros Kolokotronis, one of the leaders of the Revolution was imprisoned here, charged with high treason. Prisoners were made to do physical labor and the 999 steps leading up to the fort were in fact built by the prisoners under the supervision of the Bavarian army. 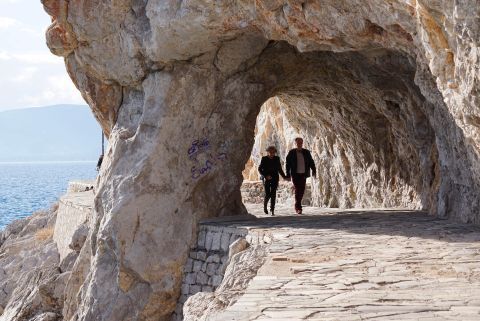 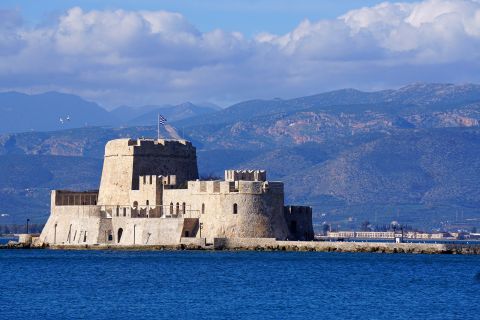