The Palace of Despots in Mystras: The Palace of the Despots dominates the Upper Town of Mystra. It is a great complex of buildings belonging to different times of construction. They started to be built by the Franks, possibly by Guillaume de Villehardouin and were completed by the Byzantines. The palace of the Despots, who usually were the emperor's second son, is placed on a flat expanse overlooking the Evrotas valley.

These palaces constitute a great example of Byzantine architecture. The whole building complex is L-shaped and has been well-preserved until our days. The palace has four constructions. Some of them have 4 storeys, while others are two-storey mansions. The first building was the residence of the noblemen and the second one was the throne hall.

The Despot used to live in the fourth building, a four-storey construction dating from 1350-1400 A.D. The fifth building, built in the 15th century, was the palace of the Paleologos family. All buildings have numerous arches, chambers, attics, and cellars. The exterior area is quite austere. However, it gives a great view to the plain of Sparta.

The palace of the Despots is also known as the Palataki mansion, which means the small palace, in contrast to the big palace of Constantinople. It can be found on the top of the hill, above the church of Agios Nikolas.

Photos Of Palace of Despots by Greeka Members 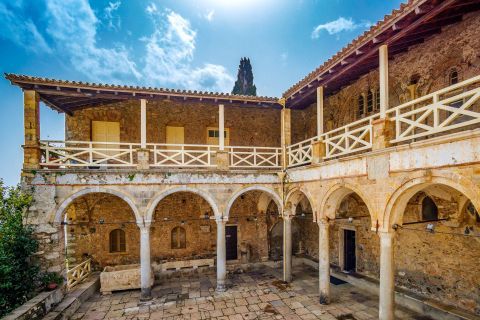 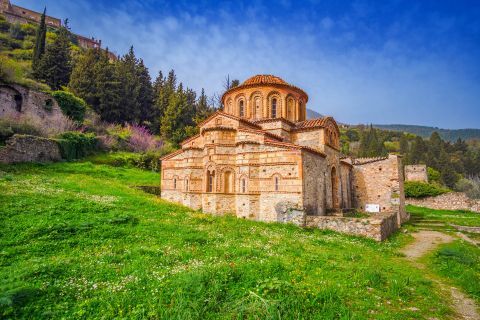 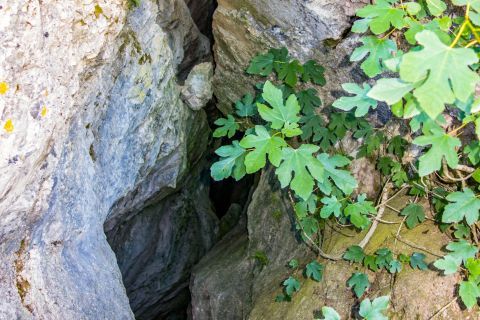