The early 20th century finds Greece weak after many bankruptcies and the lost Greco-Turkish war of 1897. In 1881, Thessaly had already been attached to the Greek state. Many volunteers from all over the country go to Macedonia to fight against the Turks and the Bulgarians that occupy the region. This period from 1904 to 1908 is called the Macedonian Struggle.

In 1912, after the first Balkan Wars, Macedonia and Epirus are attached to the Greek State and in 1913, it was the turn of Crete to be united to the rest of Greece. These were the results of the political efforts of Eleftherios Venizelos, an inspired Cretan leader that became prime minister of Greece. Venizelos worked hard for the reunification of all Greece, he established constitutional amendments and social laws and re-equipped the army. He managed to stabilize the country to a great extent.

When World War I erupted, King Constantine believed in maintaining a neutral position but Prime Minister Venizelos was passionately pro-Entente. The Entente reinforced his position by promising to award Asia Minor to Greece. Venizelos wanted to make "Magna Grecia", that is to unite the country as per its ancient territories. He set up an allied revolutionary government in Thessaloniki and the Greek army invaded the city of Smyrna, a town with a large Greek population, in 1919. The Greek army was marching, regaining the territory of Asia Minor where Greek populations were residing since the 8th century BC. However, when Venizelos lost the elections in Greece, the Greek army started to lose the fights and was finally severely defeated.

The treaty that followed provoked a population exchange. 400,000 Turkish Muslims were traded against one million Orthodox Greeks. The Asia Minor destruction of 1922 was a large wound for the country: immigrants who had lost their homes were coming in the mainland, which could do very little to comfort them. A new wave of economic difficulties followed and the next decade was filled with internal political turmoils.

Greece endured a succession of monarchies, a military rule, and brief democracies. In 1936, General Metaxas was appointed Prime Minister by King George II and inaugurated an oppressive fascist dictatorship. On October 28th, 1940, Metaxas was opposed to German and Italian domination and refused Mussolini’s demand to occupy the country during World War II. This day is celebrated as the "Ohi Day" in Greece.

Greece fell to the Nazi troops in April 1941, which resulted to the mass destruction of ancient sites, large-scale executions and the extermination of the largest part of the Jewish community who were residing in many Greek towns, such as Athens, Thessaloniki, and Rhodes. Resistance movements sprang up but they were divided between a royalist and communist movement.

In October 1944, Greece was set free by the Germans but a couple of months later a civil war started between the royalist and communists. The royalist had great financial help from America in order to prevent a communist Greece. The American implemented the "Certificate of Political Reliability". This document declared that the holder didn’t have left-wing sympathies. It was somehow obligatory to have this certificate otherwise Greek people could not find any type of work. The war lasted until 1949 when the royalists claimed victory.

The years that followed were unstable from a political and financial aspect. A large immigration wave spread towards Athens and also abroad, mostly in the USA, Germany, Australia and South Africa. In April 21st, 1967, a group of army colonels staged a military junta which was characterized by repression, brutality upon, censorship and political incompetence. The Junta enjoyed US support and investment.

Many social rebellions would take place during the seven years of the junta, from 1967 till 1974. The most important rebellion was the Polytechnic Uprise on November 17th, 1973, when university students had locked themselves in the Polytechnic School and were asking for the fall of the junta.

The Junta eventually fell in July 1974, after the government attempted to assassinate the leader of Cyprus, Archbishop Makarios, in order to unite Cyprus with Greece, which led to the Turkish invasion and occupation of Northern Cyprus. After the fall of the Greek Junta, Konstantinos Karamanlis, the former prime minister, came back to power organizing parliamentary elections and a referendum for the fate of monarchy in Greece. The monarchy was defeated by a two-thirds vote and a new constitution was established in 1975. A parliamentary republic was organized, with a president at the head of the state, appointed by the legislature. In 1981, Greece became a member of the European Community. 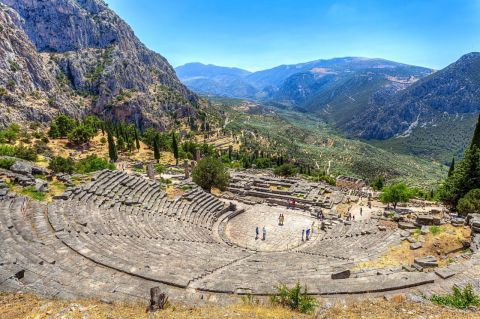 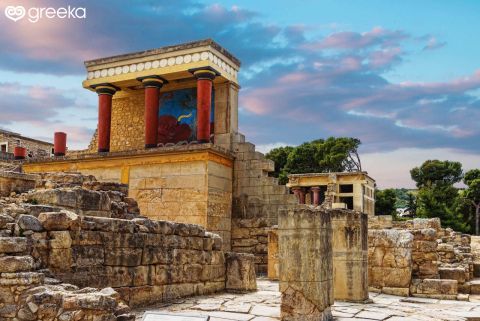 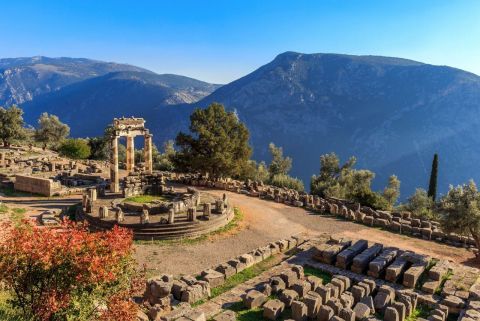 Famous Ancient Sites
All about History