Amnissos Heraklion: Amnissos is located 9 km east of Heraklion city, close to Amnissos village. It is a beautiful, sandy beach with nice, clean waters. In summer, this beach gets very crowded because it is well-organized with water sports facilities, sun beds, umbrellas, showers and seaside fish taverns.

There is also a lifeguard for the swimmers' protection while the beach is often affected by northern winds. A lot of hotels and rooms to rent are also found close to Amnissos beach. In addition some archaeological excavations have revealed some Neolithic settlements in the surrounding area and a villa that dates back from 1600 B.C. and whose beautiful frescoes are displayed in the Archaeological Museum of Heraklion.

In addition, Amnissos used to be the port of Knossos in the Minoan times and from there sailed the Cretan ships that took part in the Trojan War.

The beach overlooks the islet of Dia, which was a significant Minoan religious site. Another ancient religious site close to Amnissos beach is the Cave of Eileithya, where, according to the myth, Hera gave birth to Eileithya, the goddess of childbirth. The cave is long and narrow, yet open to the public.

Things To See And Do In Amnissos 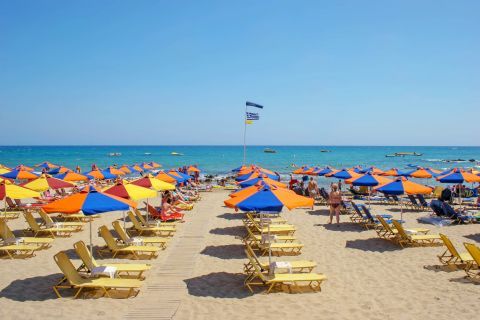 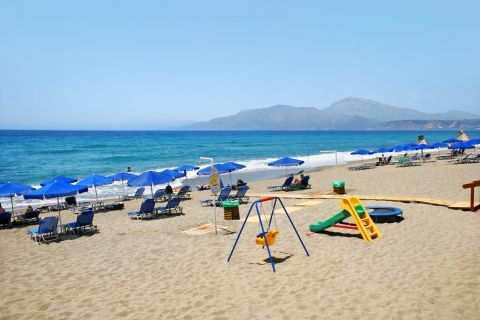 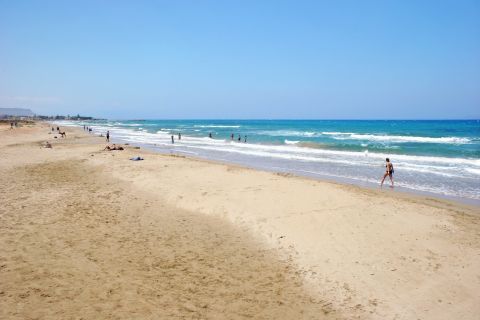 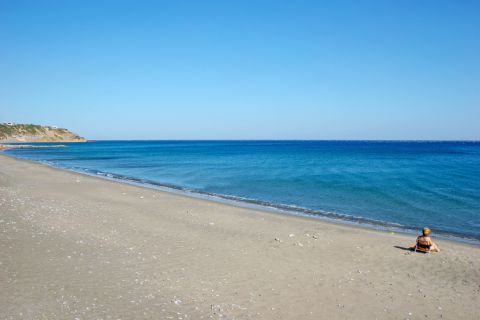 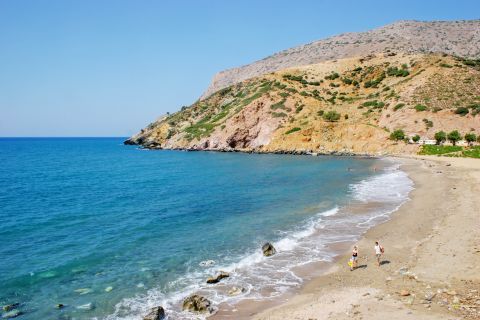 Explore our travel services & make the most out of your HERAKLION holidays!
View all services