The Ancient Theatre of Dionysus in Athens, Attica: The Theatre of Dionysus is regarded as the first sample of Greek theatres and the birthplace of the Greek drama. It was built into a natural hallow at the southern slopes of the Acropolis and it is the first theater in the world. This ancient theater was dedicated to Dionysus, the god of wine making and ecstasy, whose festivals was the driving force behind the development of Greek theater. Probably established in the late 6th century, the theater has been reconstructed many times since then.

✔ DISCOVER THE THEATRE OF DIONYSUS WITH A TOUR!
Book an unforgettable Tour to the Theatre of Dionysus!

During the 5th century, the theatre was first used as a regular site for theatrical performances of plays written by the great tragic poets, such as Aeschylus, Euripides and Sophocles. The theater was a place to honor god Dionysus and the plays were performed as part of these celebrations. In fact, a large statue of the god had been placed in the front row so that the god himself could watch the plays and the sacrifices to his name.

Many disputes have risen concerning the original structure of the theatre. Apparently the biggest part of the theater was originally made of wood but it was later rebuilt in stone. In 330 B.C. stone seats were added that could host up to 17,000 people. The stage was reconstructed over the centuries and most of the ruins that we see today come from the Roman times. At its final form, the lower part had 13 more sections that were separated by steps and 32 rows of seats covering the perimeter of the orchestra. The upper part had another 32 rows of seats covering only the centre. Later on a third part was added.

Today, only 20 of these sections have been preserved. The inscriptions on some of the thrones reveal that they belonged to elected rulers, while the other seats were intended for citizens. However, the most impressive seat was bearing the inscription Priest of Dionysus Eleftherius carved with bunches of grapes. Important efforts have started over the last years so that the ancient theatre of Dionysus will be renovated and host theatre performances again.

Discover the Theatre of Dionysus with a tour

Discover some of the most popular tours to the Theatre of Dionysus:

There are many ways to reach the Theatre of Dionysus, from any location in Athens.

Tours: Discover the Theatre of Dionysus with an organized tour, starting from 125 euros.

On foot: As the Theatre of Dionysus is located in a central area of Athens, it can be easily reached on foot from Syntagma metro station, in approximately 20 minutes.

By metro: The closest metro station is “Acropolis” on line 2. Note that the Theatre of Dionysus is located within a 10-minute walking distance from the metro. Get a map of the metro here.

Photos Of Theatre of Dionysus by Greeka Members

Photos Of Theatre of Dionysus by Greeka Team 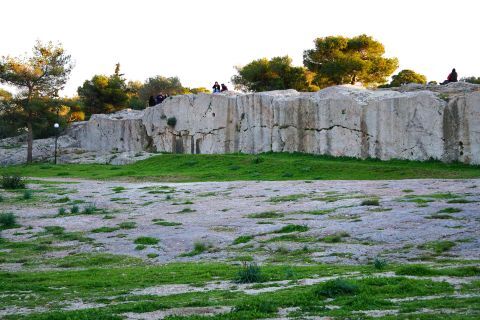 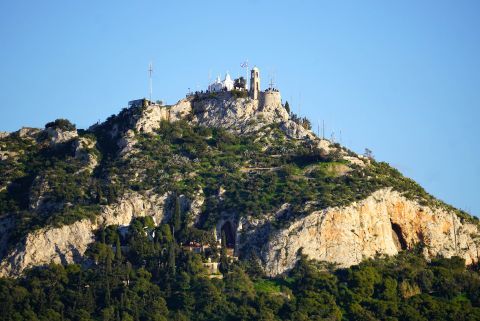