Skiathos Town: The capital of Skiathos is built amphitheatrically on the south eastern tip of the island in a windless bay, full of simple white houses with tiled roofs and narrow streets. It is the same town since the classical period until the Byzantine one when the population moved to the fortified village of Kastro seeking security. In the early 19th century, they abandoned Kastro and moved back to Skiathos Town in 1829; since then the population has grown and the town expended.

Because it was destroyed by German bombs during World War II, it was rebuilt and prospered. Today almost the entire population of Skiathos is concentrated there. Because it is a very cosmopolitan little town, Skiathos Town has plenty of restaurants (Greek and international cuisine), tourist offices, shops (touristy, clothes and shoe shops), cafes, bars and clubs opened all night long and offering all kinds of music for everyone.

Most of the entertainment is located in the main street Papadiamanti and on the seafront. Everything is quite expensive and the in most of the taverns the quality of the products is not excellent because they are very touristy and the inhabitant of the island have neglected farming and agriculture for touristy activities so the island don't produce many local products.

Snack bars can be found in great quantity as well as luxurious restaurant such as Italian or a Greek restaurant functioning in a renovated windmill which is located on the highest hill of the town, overlooking the sea and the island.

The commercial port is separated from the old one by the little peninsula of Bourtzi, covered with verdant pine trees. On this peninsula are the remains of the old castle built by the Gizi brothers during the Venetian period. The old port is still quite picturesque despite of the high tourism and is a pleasant place for a walk, boarded with little fishing boats. 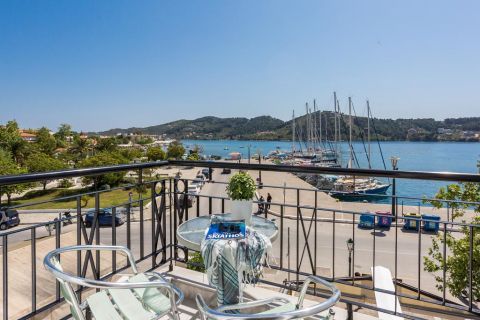 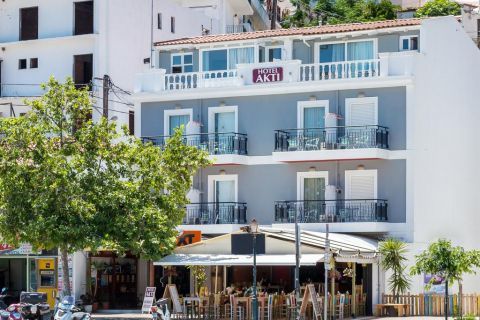 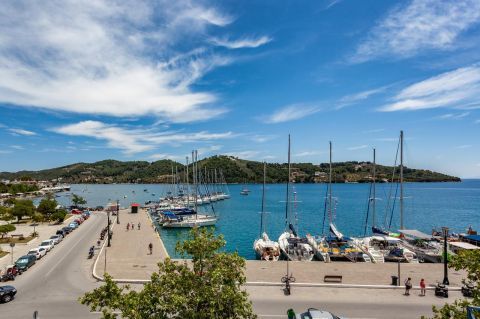 Akti Hotel is a charming, family-own hotel located on the waterfront of Skiathos Town. It was the first hotel on the island, and today it is fully renovated and offering high quality facilities and services. The rooms of the hotel are all uniquely decorated, inspired by different art movements and ... 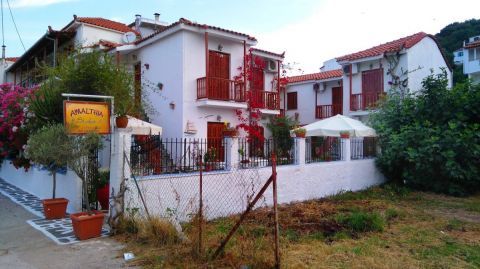 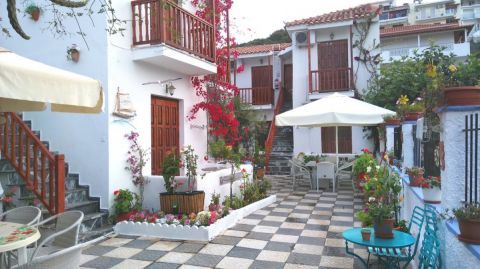 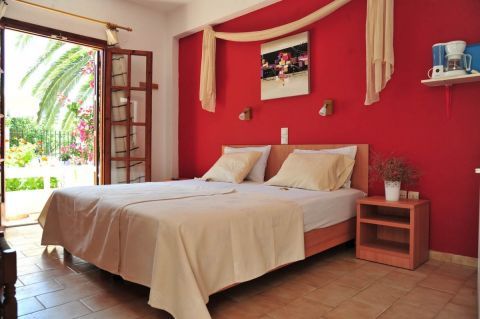 The traditionally built studios are fully equipped for beautiful and peaceful days and nights. Amalthis is located only a short walk from the town center, bars, restaurants, and the port. The quiet area promises relaxation that you deserve to make your stay enjoyable. The yard is full of colorful ... 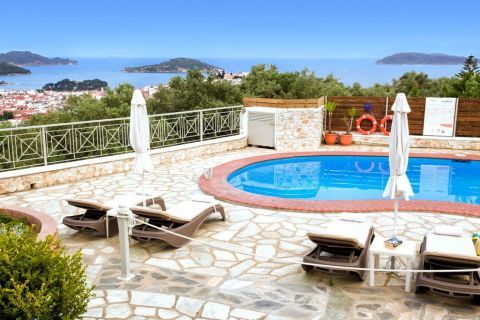 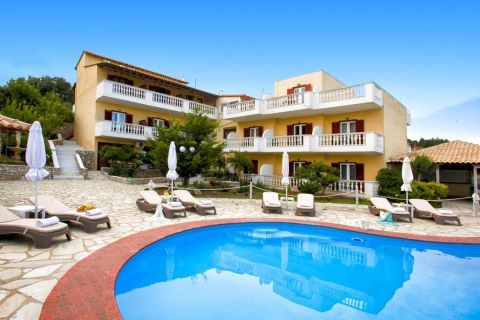 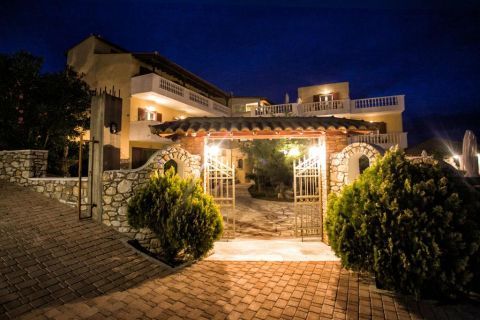 Above Skiathos town, overlooking the scenic port and the shimmering turquoise sea, Blue Horizon Studios in Skiathos are set, providing guests with professional services and a pleasurable stay. Spacious rooms, studios and apartments are well fitted with basic equipment and comfortable furnishings in ...