Cassandria village Halkidiki: Cassandria is one of the most famous towns of Halkidiki with great tourist movement. It is located 54 km south west of Poligiros and counts on 25000 inhabitants during the summer. As one of the oldest municipalities, Cassandra is the cultural, commercial and administrative centre of Halkidiki. The town flourished in the 16th century and owns its name to the King Kassadros of Macedonia.

It is gifted with many beautiful beaches,modern facilities and ancient sites such as a carved early-Christian arch surmounting the western entrance of a cathedral, 19th century houses and a fine 19th century windmill. The boundaries of Cassandria extend from the settlement of Fourka until the settlement of Sani. 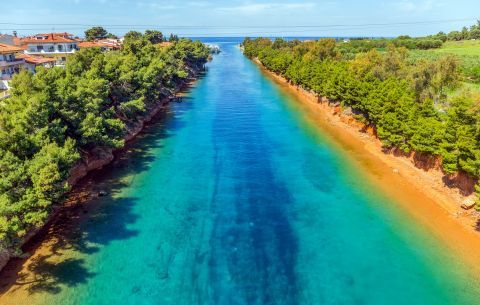