Ouranoupolis Halkidiki: Ouranoupolis is a small town at the edge of the third peninsula of Halkidiki. Although the surrounding region is of exceptional natural beauty and fairly tourist-developed, Ouranoupolis is mostly famous as the port town from where the ferry to Mount Athos departs.

The town was founded in 315 B.C. by Alexarchos, brother of the king of Macedonia Kassander. In the ancient times, it was called Ouranopolis (meaning the town of the sky) and it developed as a trade centre. During an important excavation by archaeologist Manolis Andronicus in a close region in 1959, remains of a Hellenistic building were found as well as oil lamps, coins and personal items. At a small distance north of Ouranoupolis, a water bridge and a post Byzantine aqueduct have been found. Also at the east of the town, an important Roman grave dating from the 3rd century A.C. has been excavated.

The symbol of Ouranoupolis though is the Byzantine tower of Prosforio. This tower is located at the far end of the beach of Ouranoupolis and can be seen from the road while reaching the town. According to records, the tower already existed in 1344 and suffered severe damage from the earthquake of 1585. After the revolution of 1821 that devastated the region of Halkidiki, the tower of Prosforio was uninhabited and partly burned. In the following years, it was repaired and reconstructed. A building next to the tower hosts the Christian collection of Halkidiki.

From the port of Ouranoupolis, ferries depart daily and all year round to transfer pilgrims to Dafni, the central port of Mount Athos, and smaller ports of the monasteries. Close to the port, there is also the office that approves the pilgrim licenses to visit Mount Athos. In summer, there are excursion boats to Mount Athos and the neighbouring islet of Drenia with the amazing crystal beaches. The long beach of Ouranoupolis is sandy and organized, lined by hotels and restaurants.

Ouranoupolis is connected with daily and frequent buses to Thessaloniki (120 km) and Poligiros, the capital of Halkidiki (87 km). 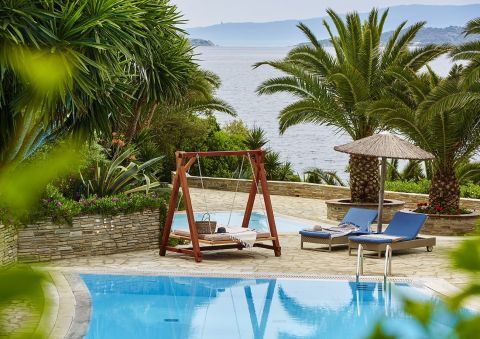 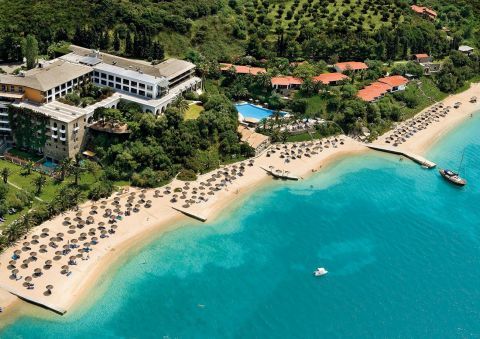 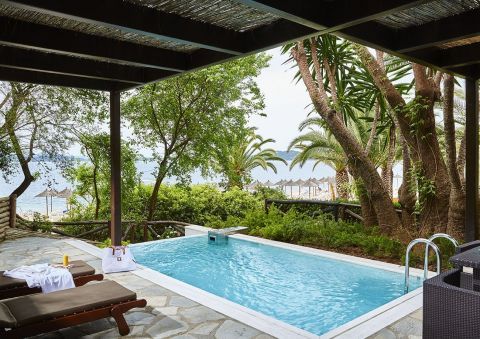 Built in a paradisal setting, Eagles Palace is a five-star hotel that can be found right across the beach, amidst a dreamlike garden with various fragrant flowers and green trees. It offers lavish, sumptuous rooms, suites and bungalows featuring all vital comforts. The facilities available in this ... 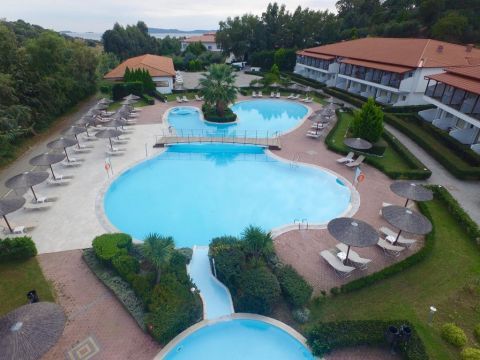 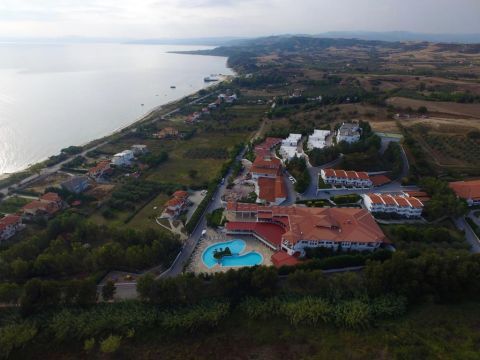 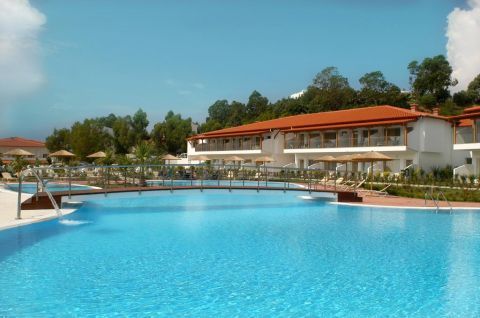 Alexandros Palace is located on a lush green slope in the area of Tripiti and features a private beach, a wellness center, and a tennis court. It offers elegant accommodations and a variety of dining options. Rooms and suites at Alexandros are air-conditioned and enjoy views of the pool, garden or ... 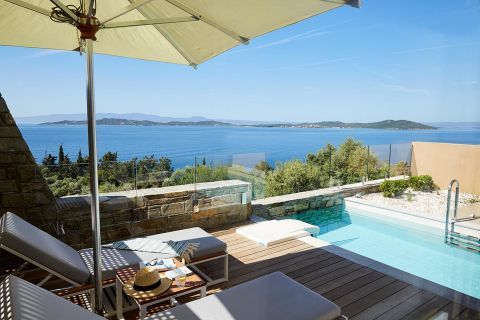 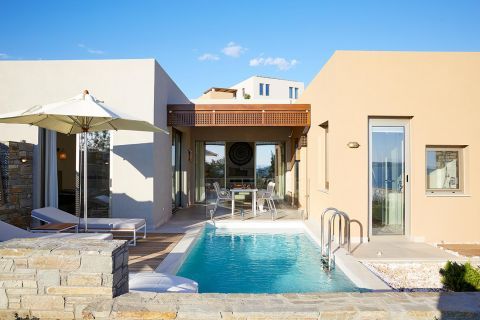 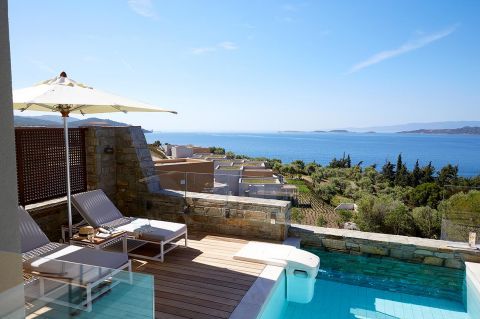 Nestled amidst the lush Mediterranean gardens and the cobalt blue of the sea, Eagles Villas offer a sanctuary of luxury, ideal for relaxing holidays in Greece. A family-run resort near the beach featuring an eclectic collection of luxury Halkidiki villas in the enchanting region of Ouranoupoli, ...

Things to Do & See In Ouranoupolis

Tours and activities related to Ouranoupolis

Photos Of Ouranoupolis by Greeka Members 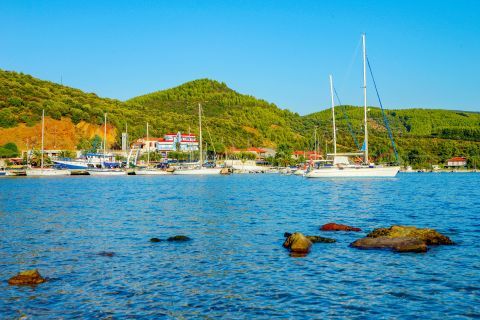 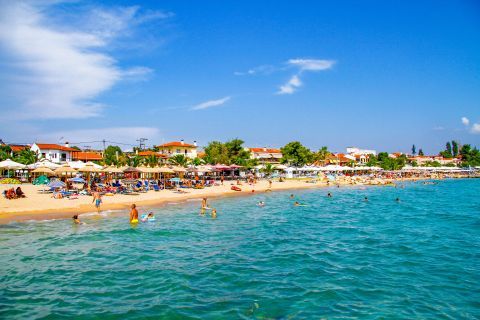