Kimolos island is a volcanic island that belongs to the Cyclades group of islands. It is located quite close to Milos Island. Kimolos is one of the least known and not so popular islands, thus it not much frequented by tourists.

The highest point on this island is Mount Paleokastro. There are many mountains and natural caves here. Although not a tourist hot spot, Kimolos has a rich history behind. In the ancient days, Kimolos was the battlefield between Ancient Athens and Sparta. It was ruled by the Venetians and the Ottomans in the middle ages, until it became part of Greece in 1829, after the Greek War of Independence.

The island was known as Argentiera in the Middle Ages, because of the silver colored rocky lands in its southern coast. Agriculture and farming are the primary activity for the residents living on Kimolos. Despite some developments that took place in the early 1990s, the island has a sparse population, especially in winter.

The name Kimolos derives from the Greek word kimolia, which means chalk. A white-silver quality of perlite, which is a kind of volcanic glass, and chalk are found in large quantities on Kimolos. On the southeast of the island, there are three other small islands which are uninhabited.

Tourism is gradually on the rise in Kimolos because of the tranquility prevailing all around, the beautiful beaches and the hospitality of its inhabitants. Aliki, Klima, Kalamitsi, and Livadaki are some of the most beautiful beaches of Kimolos. The ruined Venetian castle, the necropolis at Psathi village and the remains of some ancient tombs near Kambana beach are some of the places worth visiting in this island. 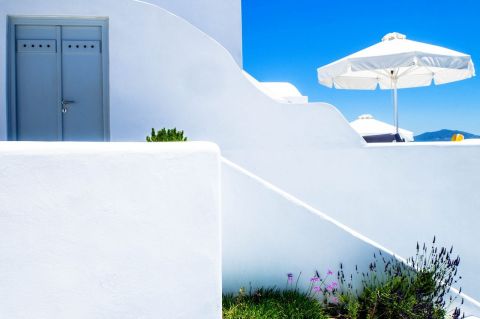