One day tour to Aegina island, from Athens

Important Note: This is a private tour and can be arranged any day. As the transfer to/from the port is done by taxi and taxis can accommodate up to three people according to their policy, a booking can be made for three people maximum. If you want to make a booking for 4-6 people, for example, you have to make two separate bookings, as you will be transferred by two or more taxis.

Please note that the times mentioned on the schedule are approximate and are subject to change depending on boat schedules.

Your stay in Aegina is unescorted, so it will give you the freedom and flexibility to explore the island at your own pace.

Just an hour away from the port of Piraeus, Aegina is among the closest islands to visit from Athens.

Its proximity to Athens, its interesting historical sites, lovely villages, and crystal beaches make Aegina a popular tourist destination and even an ideal place for a quick getaway before flying home.

The church of Agios Nikolaos at the port welcomes visitors, while the Neoclassical seaside houses around create a charming atmosphere. The waterfront is lined by fish taverns, restaurants, gift shops and small kiosks selling pistachio nuts, a popular local delicacy. Although the waterfront is usually busy, the town is rather calm and unspoiled surrounded by low hills and blue sea. At the port, close to the ferry quay, there are horse carriages for rides around the town.

Aegina is also a great place for sightseeing, as the long history of the island is reflected in the ancient monuments.

In the 5th century BC, Aegina emerged as a great naval power and a serious threat to Athens, the most powerful city-state at the time. The culture flourished in Aegina along with the economy and many temples were built. Among them is the temple of Apollo close to the modern port, of which unfortunately only a column remains today. This temple is known as Kolona and can be reached on foot from the port.

However, the most famous and interesting ancient monument of Aegina is the temple of Athena Aphaea, which is located in the center of the island. This used to be among the most important religious centers in ancient Greece. Scientists have noticed that the temple of Aphaia, the Acropolis of Athens and the temple of Poseidon in Sounio geographically form an isosceles triangle. Nonetheless, the power of Aegina was to end soon, after Athens defeated the island in a battle at sea.

Many centuries later, in 1829, Aegina became the first capital of the modern Greek State before Athens. Apart from Aegina Town, the rest of the island also has beautiful seaside villages that have gradually grown into tourist resorts. Souvala and Agia Marina are the most popular resorts with amazing, clean beaches.

Marathonas and Perdika are a lot calmer spots. Other sights to visit on Aegina are the Monastery of Agios Nektarios, the patron saint of the island, and the Hellenic Wildlife Hospital, a rehabilitation center for wild birds.

One day tour to Aegina island, from Athens Having trouble to send your request? Send us an Email 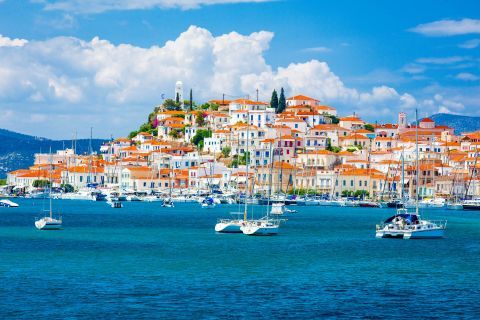 One day tour to Poros island, from Athens 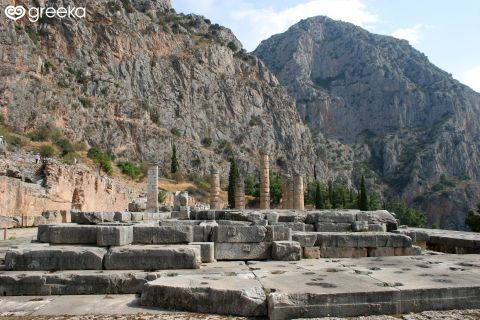 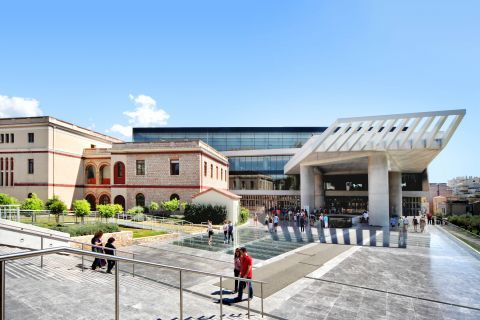 Walking tour with Acropolis and Acropolis Museum
View All Tours

Booking Note
This is a private tour and can be arranged any day. As the transfer to/from the port is done by taxi and taxis can accommodate only three people according to their policy, a booking can be made for three people maximum. If you want to make a booking for 4-6 people, for example, you have to make two separate bookings, as you will be accommodated in two taxis, etc

Lost Items
Small articles, coats, wraps, umbrellas, cameras, hand bags and any other items that are carried on a taxi and ferry are entirely under the care of the passenger. Every effort will be made to retrieve lost of forgotten items. However in no way we can be held responsible if such items that are not retrieved.
View Schedule

Transfers to port: By Taxi

Ferry: Flying Cat
Map View
We use cookies to offer you a better browsing experience and to analyze site traffic.
By browsing this site you agree to our use of cookies. Learn more about our cookies policy