Delphi village Sterea: Delphi village is easily one of the most picturesque villages or rural retreats of Greece. It has a population of approximately of 1,500 people and can easily disarm the most discerning traveler with their warmth and friendship. The landscape is dramatic and filled with green vegetation.

The village of Delphi dates back to the prehistoric era and came into the limelight during the Classical era. Delphi has played a significant role in shaping Greek history. There are many Greek legends that are associated with Delphi. Of particular importance is the Greek God Apollo who became the presiding deity of Delphi.

In the modern era, Delphi is governed by its own Municipality. Today apart from Delphi proper, the ancient historical town of Chrisso, or Krisa as it was known in the earlier days have also been incorporated under the Municipality of Delphi. According to historical scholars, Chrisso dates back to the time of Homer (14th BC-15 BC). 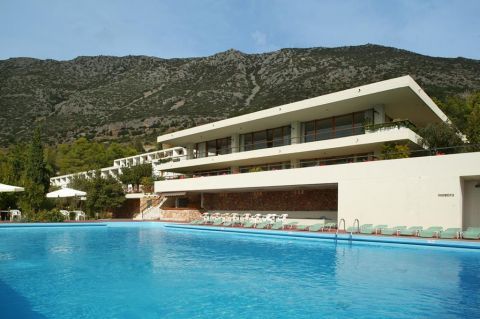 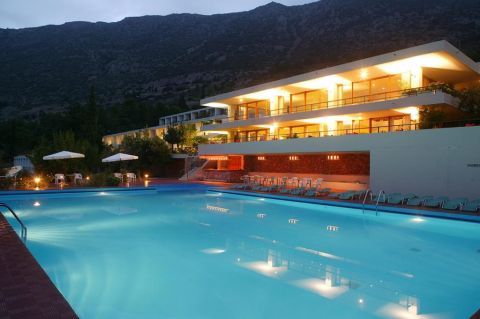 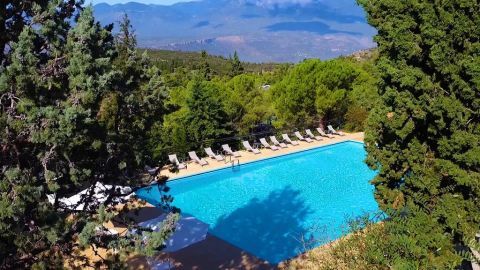 Amalia Hotel Delphi, has 185 rooms, fully air-conditioned, all with private bathrooms, direct dial telephone and satellite TV. Among the facilities are a restaurant, a coffee-shop, a souvenir and jewellery shop, various lounges and verandas, beautiful gardens and ample parking. Finally there is an outdoor swimming pool with bar, where you can enjoy the wild beauty and grandeur of the landscape over the Corinthian Gulf. The hotel also offers Conference facilities for up to 200 participants.Amalia Delphi is the most popular lodging center for skiing on Mt. Parnassus in the winter. 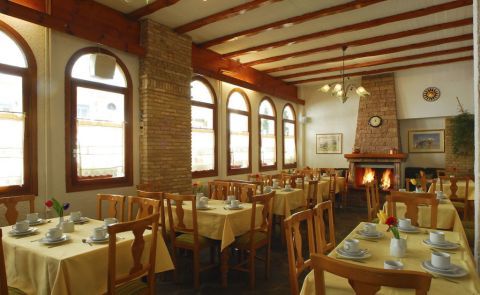 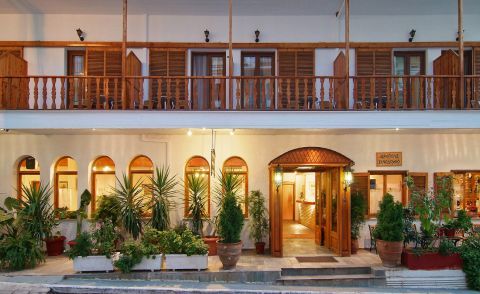 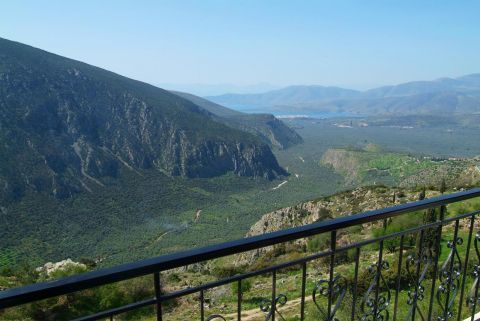 The Acropole Delphi Hotel is a quaint, family-run hotel that invites you to enjoy the Navel of Earth, Delphi. Only one block from the town centre, the peaceful location allows guests to get away from the crowds while still being very close to all the local amenities, the Archaeological Site, and the Museum. You’ll fall under the spell of its stunning views of the Gorge of Delphi and the olive groves of Itea. 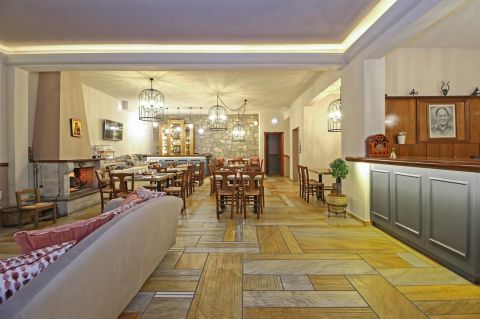 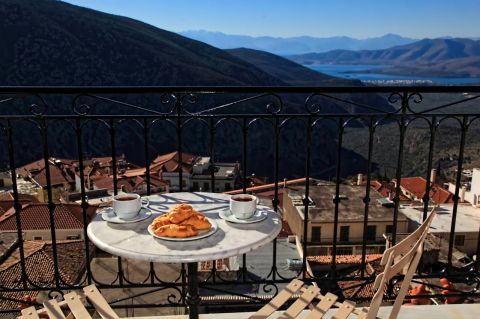 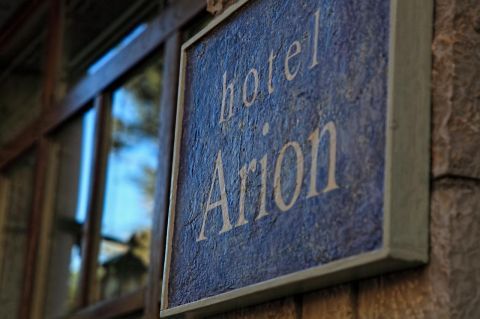 The brand new Arion Hotel is located in Delphi, at the foothills of Mt. Parnassos, and is 25km (15,6 miles) from the ski resort and 15km (9,4 miles) from the sea. It is built according to the traditional architectural style of the area and has a wonderful panoramic view. It offers its guests 23 comfortable rooms, fully equipped and beautifully decorated. The rooms feature heating, A/C, mini-bar, TV, telephone, bathroom, bathroom, and hairdryer.

Tours and activities related to Town

OUR TRAVEL SERVICES IN DELPHI

Explore our travel services & make the most out of your DELPHI holidays!
View all services