The Ancient Stadium of Olympia: The stadium of Ancient Olympia was a holy place for the ancient Greeks, where all the sports activities were held dedicated to the god Zeus. Originally, the stadium was constructed in such a manner that spectators could view the events from the slopes of Mount Cronion. But the stadium was gradually moved further east, and eventually, it was placed outside the temple of Zeus.

The stadium had a seating capacity of 20,000 spectators and almost all seats were made of mud while only a few of them were created especially for the officials. There was a vaulted passageway that connected the stadium and the sanctuary. The ancient stadium also used to host the Heraia Games, which were games for women, held in honor of the goddess Hera. The racetrack of the stadium is over 200 meters long and nearly 30 to 34 meters wide.

The starting and finishing lines are indicated by two stone markers, which are about 193 meters apart. The south bank of the stadium was the podium for the judges, while on the north bank there was an altar dedicated to the priestess of goddess Demeter, who was the only woman allowed to watch the games. In 2004, the ancient stadium revived its ancient glory, when the hammer throw event of the Athens Olympics was held here. 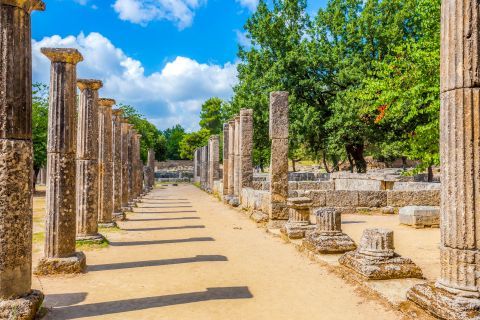 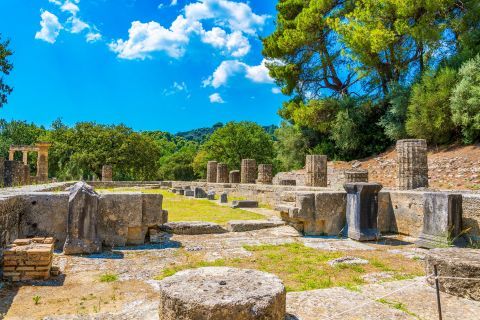 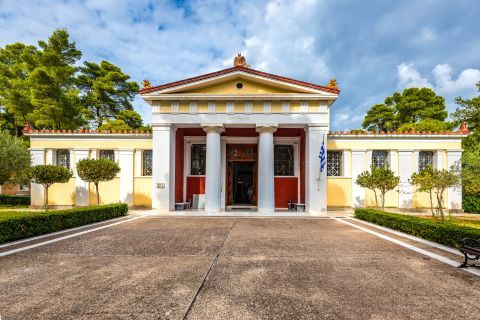