Town Simi: The town of Simi consist of the beautiful settlement of Chorio and its natural port Gialos. Simi was one of the richest areas in Dodecanese due to the shipbuilding industry and the sponge diving that were quite important during the 20th century. As time went by these activities declined but the island kept its tradition alive.

The town of Simi is made of two picturesque settlements, Gialos and Chorio, each of them with its own particular charm. The peaceful island receives a great number of visitors every year, especially during the high season. Actually there are many Europeans who now live permanently in Simi. The town is connected to Chorio via Kali Strata, a nice marble staircase. The area can be found at the top of these steps and displays some smaller buildings than Gialos. It hosts a 19th century mansion-fortress and a pharmacy from that time. while both of them are parts of a charming and interesting era.

Gialos, the port of Simi is a very picturesque area surrounded by hills and the beautiful town which is built amphitheatrically. The main town is home to several lovely churches and colourful houses painted in warm pastel tones, with beautiful balconies and red tile roofs. Its interior is often decorated with wood carvings, from ancient times.

At the entrance of the port stands the clock tower dating from 1890, one of the island's trademarks. Gialos counts on shops, bars and cafes. In addition, several yachts and ferries arrive on a daily basis from the neighbour islands while Simi is often included in cruises and tours around the Dodecanese complex. Gialos concentrates the liveliest nightlife on Simi with a charming atmosphere.

The lower part of Gialos has nice neoclassical buildings belonging to the 19th century, and is ideal for strolls, since they concentrate much of the traditional charm of Simi. In fact, since the 1970s this is an architecturally protected area, due to the importance of its buildings.

One of the main attractions of Simi is a Venetian castle built by the Knights of Agios Ioannis in 1407. It stands at the highest point of the settlement and right next to it is the stone church of Kyra Panagia. Unfortunately, this castle was greatly damaged during the 2nd World War, when Germans retreated and today parts of the fortified walls can only be seen. Beautiful two-storey stone houses also remain from that time. The location of Chorio offers breathtaking views that one is worth seeing from the top.

Regarding the Archaeological Museum located in the wider area, it displays many articles from the Byzantine and Medieval periods on Simi, as well as many frescoes taken from isolated and locked churches. However, the atmosphere at Chorio is quite different from Gialos. While Gialos tends to be more cosmopolitan, Chorio attracts for its traditional character.

In addition, it usually does not count on many day-trippers. Anyway, those visiting Simi should take Chorio into account, since its beauty worths a visit. Apart from counting on the mentioned buildings, Chorio has also some taverns, as well as many churches and a row of windmills. 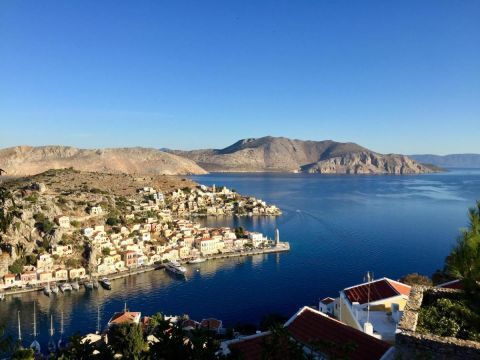 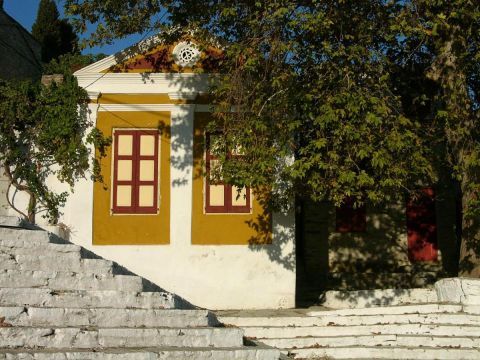 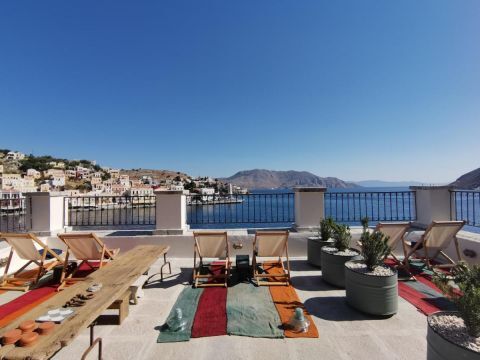 Located in Ano Simi, 1900 Hotel provides a terrace that overlooks the sea and the picturesque town. The hotel's spacious rooms have an elegant style, influenced by the local architecture, and a minimal, yet luxurious atmosphere. It is a self-catering hotel, ideal for a relaxing stay with peace and ... 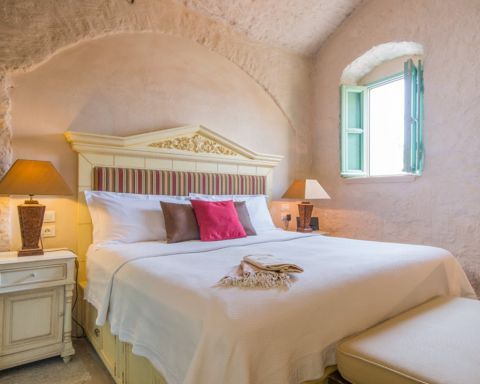 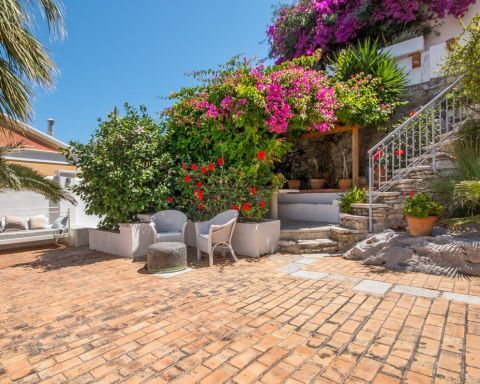 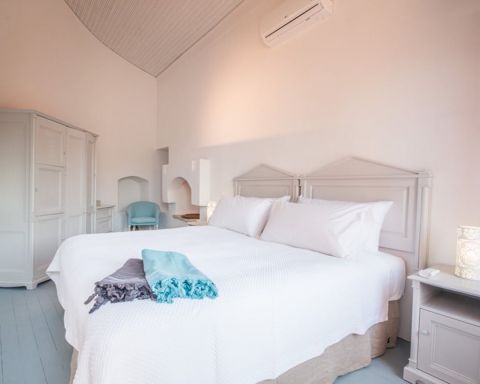 Those who stay at The Old Markets will find exemplary levels of comfort and service. Each of the 7 guest rooms or 3 suites has been individually designed to highlight some of the period features of the property. The nine historic shops have been converted to provide four spacious guest rooms. The ... 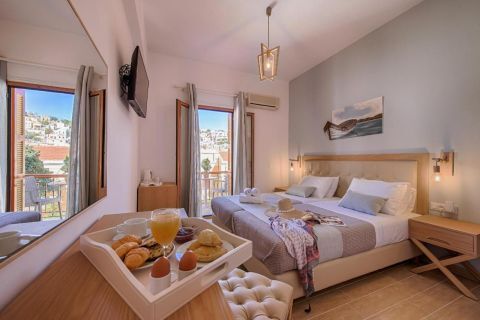 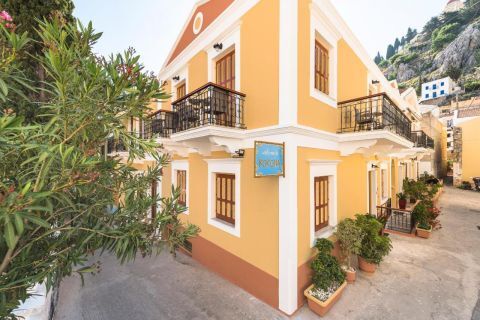 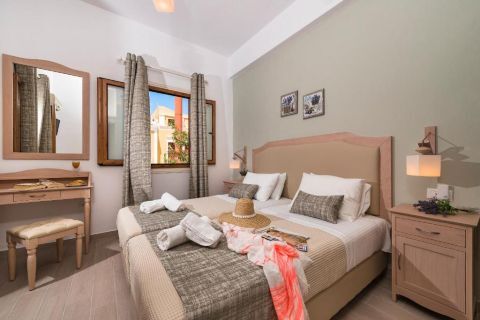 Situated in the heart of Symi Town, Kokona offers rooms and studios with a modern style and a warm atmosphere. They are well-equipped and in some of them you will find a kitchenette, as well as a dining area. The hotel also offers a charming backyard for your breakfast among its facilities. 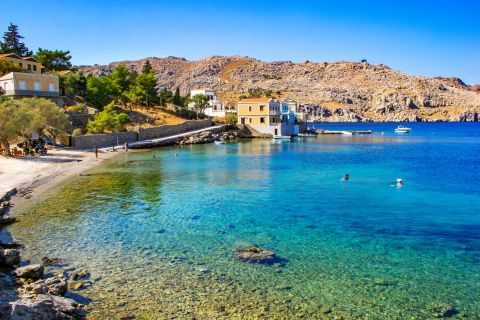 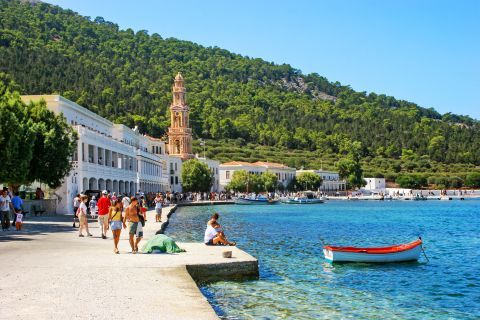 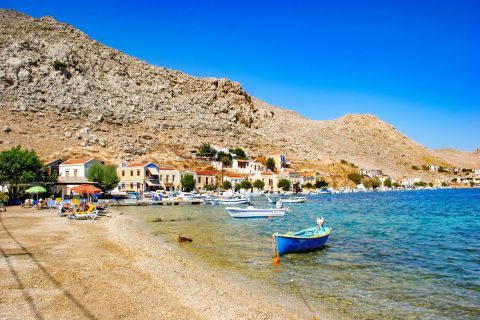