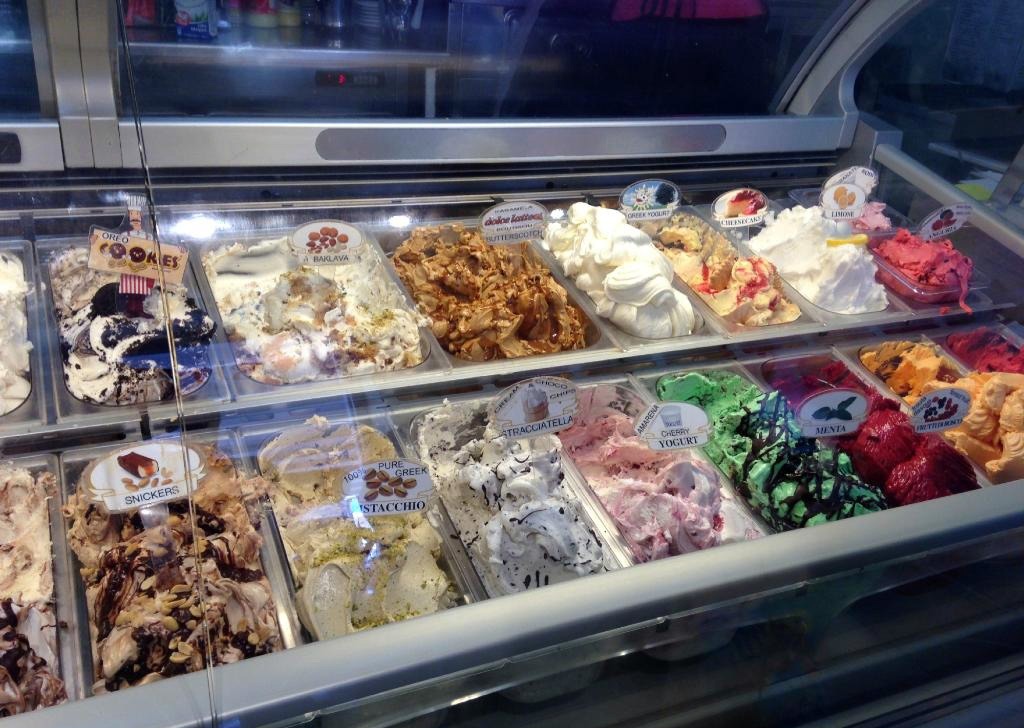 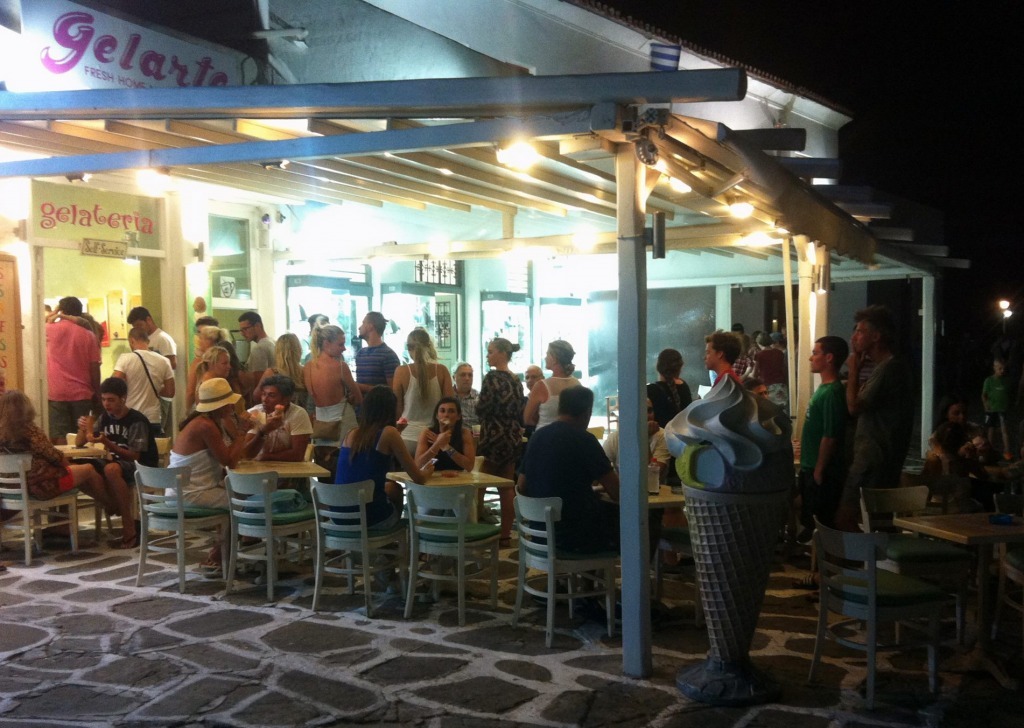 The Gelarte Ice cream is a cafeteria located next to the Town Hall in Chora Mykonos and it is known for its delicious Italian ice creams. The dessert, commonly called gelato, is actually Italy’s version of ice cream and like most frozen desserts, the gelato is also made of milk, cream, sugars and flavored with cocoa and nuts or fruit purees.

The main feature of Gelato is that it has lower butterfat content as compared to regular ice cream. Other ingredients such as chocolate flakes, cookies, biscuits, nuts or small confections are added to the gelato after the mixture has frozen. A variant of the gelato is called sorbetto and it is made with fresh fruit, sugar, and water and does not contain any dairy ingredients.

At the Gelarte Ice Creams, one can get to taste scoops of delicious and fresh ice cream dished out by Lucas, a connoisseur in the art of making Italian ice creams. The dessert is available in a wide choice of flavors and the purest ingredients are used to make them. One of the must-try flavors is the dark chocolate, and then there is the pineapple ice cream which is refreshingly tangy and delicious. The cafe has a good ambiance and one can enjoy the luscious ice creams while taking in the view of the pretty harbor of Mykonos Town.