In Alonissos town itself and the surrounded settlements, you will meet many surviving churches and monasteries that were founded during the Byzantine and post-Byzantine years. Here you will find peace and many religious treasures to admire. The most impressive churches lie within the medieval castle of Alonissos.

The first one you see after the entrance is the 12th-century church of the Christ, a perfect example of Byzantine architecture and one of the few that survived the big earthquake. Much older is the 11th-century church of Agios Athanasios which also survived the earthquake and has a beautiful paved yard. Agios Georgios is the third church that preserves its original medieval character. It houses two Orthodox icons and offers a gorgeous view of the sea.

Moving beyond the borders of the castle one meets the Church of Panagia tou Vounou, dedicated to the Virgin (of the mountains). The church lies on the mountain slopes and is decorated with beautiful Orthodox frescoes from the 17th century. Close to Alonissos is Kyra Panagia, one of the largest inhabited islets of North Sporades.

On top of it, stands the 16th-century Byzantine monastery of Kyra Panagia, dedicated to the Virgin Mary. The islet was named after the monastery which offers an amazing view to the sea. It is quite popular with tourists, especially during the festival that takes place there on August 15th. 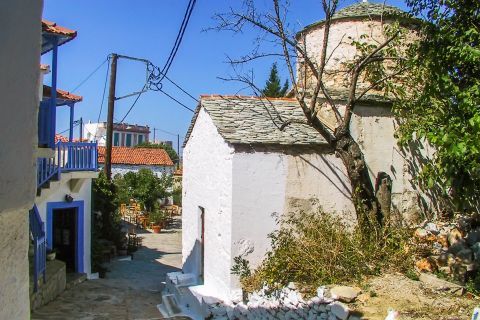 The Church of the Birth of Christ is a lovely tiny church in Alonissos Town (Chora) and one of the few who survived the earthquake of 1965. The only damages left from the earthquake are the cracks that can be seen on the walls. The church was originally built in the 12th century and inside it has some fine frescoes from the 17th century. 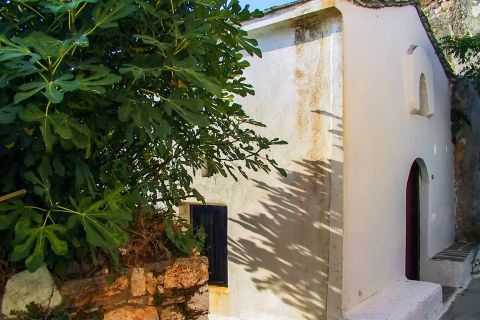 This church was built on the higher level of Alonissos Town (Chora) and still stands there, having survived the damages of time and the severe earthquake in 1965. Agios Georgios has beautiful icons dating from the 18th century. 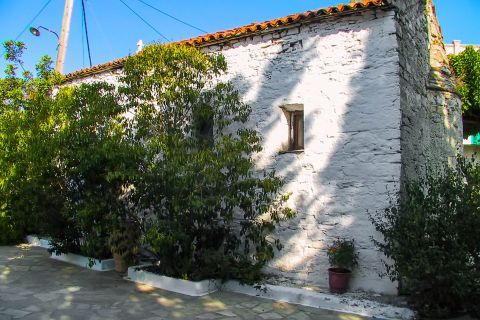 This small church stands in the fortress of Alonissos Town (Chora), another survivor from the disastrous earthquake of 1965. It was built in the 17th century and it is made of stone. Inside the church, there is a valuable icon dating from the 18th century.

OUR TRAVEL SERVICES IN ALONISSOS

Explore our travel services & make the most out of your ALONISSOS holidays!
View all services