Nea Skioni beach Halkidiki: Nea Skioni is located 78 km south west of Poligiros, the capital of Halkidiki. During the day the harbor is quite busy with fishermen trying to sell their fresh catch to villagers and tourists.

Regarded as one of the most beautiful beaches of Halkidiki, the waters in Nea Skioni are very clean. The wide sandy beach is set in a beautiful surrounding of pine trees that provide nice shade. The beachfront taverns offer a treat of traditional dishes with a large variety of fresh fish.

The village of Nea Skioni, which has about 1,000 residents, is built very close to the ancient city of Skioni. The first inhabitants of the ancient town were warriors from Peloponnese, arriving there after their victory in the Trojan war, to establish what is now believed as the first colony of southern Greeks in Halkidiki.

One of the most important cultural events in Nea Skioni is the three-day annual sardine feast celebrated the first weekend of August. During the festival, the port of Nea Skioni becomes a center of activity and visitors as well as many people who live close by are treated to a feast of fresh sardines, wine and music. 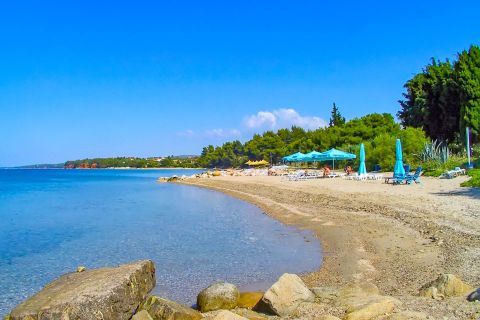 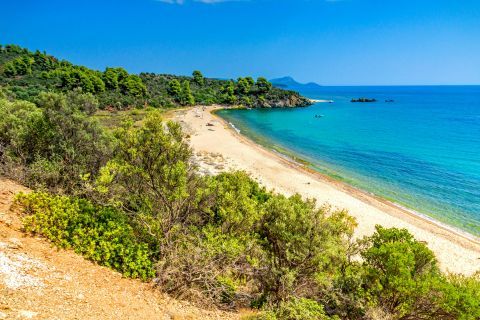 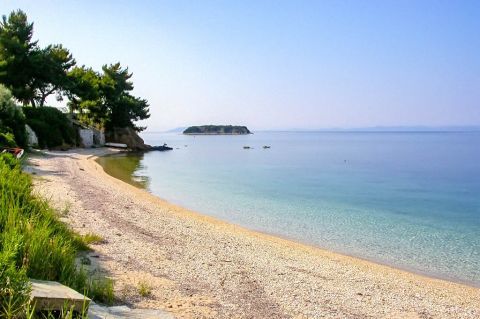 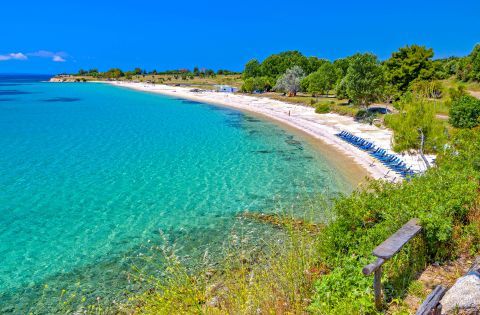 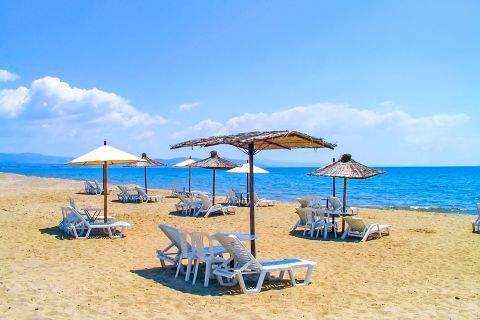 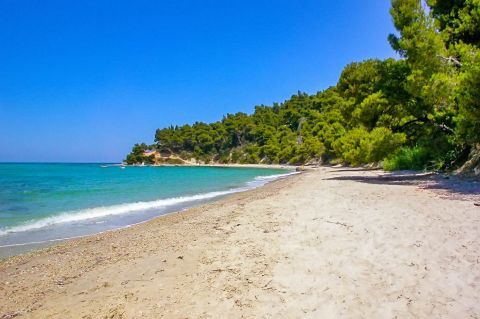