Ikaria is an ideal destination for religious tourism as it displays significant churches and beautiful surviving monasteries. During the antiquity and the Byzantine period, the island experienced an era of prosperity and economic development that is vividly present to this day.

One of the most important religious sites in Ikaria located in the capital is the Metropolitan church of Agios Kyrikos. The church is dedicated to Agios Dimitrios. In the village of Kambos lies the 11th-century Byzantine church of Agia Irini built over the ruins of an ancient basilica. Also worth seeing is the Monastery of Evagelistria, located west of Agios Kirikos, in the middle of a verdant area full of pine tree forests. It dates back from the 17th century and hosts some beautiful frescoes.

In the village of Pigi, around a green oasis lies the Monastery of Panagia Theoktisti, dedicated to the Virgin Mary. It is well-decorated with fantastic frescoes and figures of Saints. The exact date of the monastery's foundation is unknown but according to an inscription it was built in the 17th century. In 1982 the monastery was abandoned by the last two nuns who lived there and today it accommodates tourists. Part of the monastery is the small chapel of Theoskepasti, built under a gigantic rock.

Other churches in the wider region of Ikaria are the church of Zoodochos Pigis and the Monastery of the Annunciation of Mavrianos. The complex consists of five buildings and 10 cells for the visitors. It was founded in the 18th century and the last two nuns abandoned the monastery in 1960. Close to Kambos village stands the oldest surviving Byzantine church of Agia Irini. It is built in 13th century on the site of a 4th-century basilica. 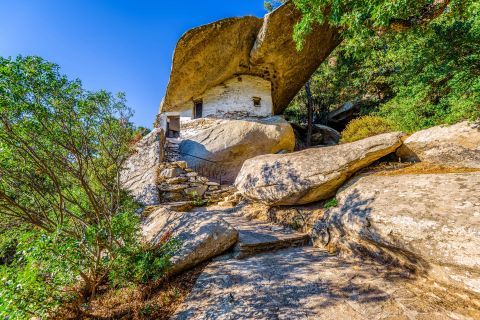 This small church has an unusual architecture as it has a rock as a roof. The skulls of some monks are housed inside the chapel. 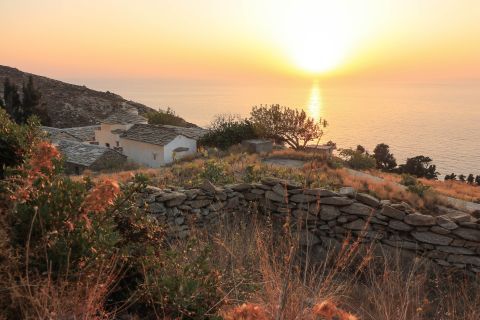 The Monastery Evaggelistrias Mavrianou is dedicated to the Annunciation. Its construction is estimated around the end of the18th AD century and has been completely abandoned since 1960. 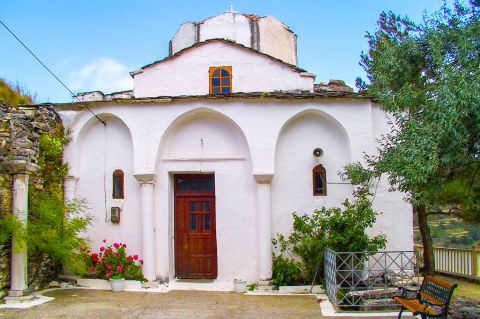 This 12th-century church is located in the village of Kambos, near the port of Evdilos. It is the oldest church of Ikaria, built on the site of a 4th-century basilica. The columns standing in the ground are the only remains of the basilica. The church houses some fine frescoes of great artistic value. 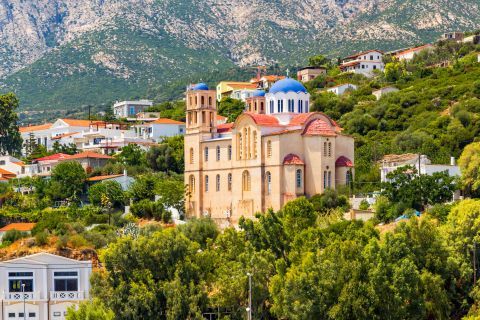 The church of Agios Kirikos is the Metropolitan Church of the island. It is located in the capital village and impresses with its big size.

OUR TRAVEL SERVICES IN IKARIA

Explore our travel services & make the most out of your IKARIA holidays!
View all services