Karavostamo Beach Ikaria: The village of Karavostamo is located 31 km north west of Agios Kyrikos, the capital of Ikaria and east of Evdilos, the second port of Ikaria, and counts on a nice and well reputed long beach with sand and pebbles, and crystal clear water like most Greek islands. Karavostamo beach can be reached either by the 2 km gravel road, or via an old foot path. The entire area is agricultural without any tourist infrastructure. The beach is divided into some other beaches, each one with a different name. One of the then is Aris River.

This is the first beach one meets when coming from the southern part of the island. Its main facility is a tavern that works during the summer season. Further down, you can reach Milos River. Apart from the nice surroundings, a visit to Karavostamo beach is close to Hallika springs and is part of the excursion, which stands off the main road.

This place has been used by the villagers as their central meeting location, where they also filled their pitchers with its water, washed their clothes, and rested, while discussing the issues of the village. There are more places that can also can be included on the trip. For example, the river with the watermills where the locals used to ground their wheat. One of these can be found in the gorge of Aris River, and it is over 200 years old. The village also has some interesting houses amphitheatrically built, as well as two big churches, numerous chapels, and streams with crystal clear waters. 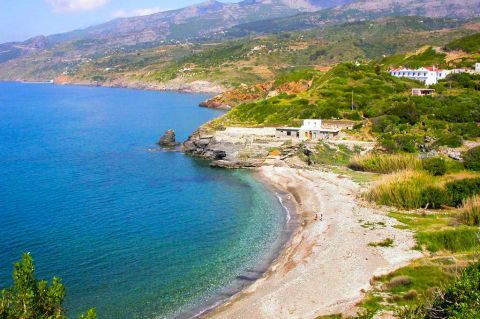 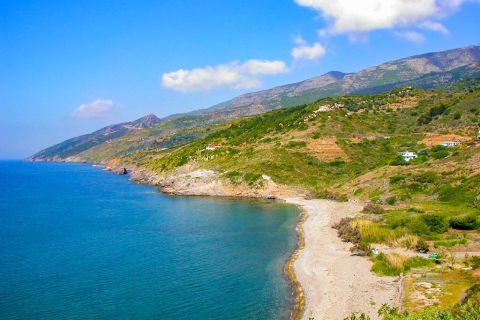 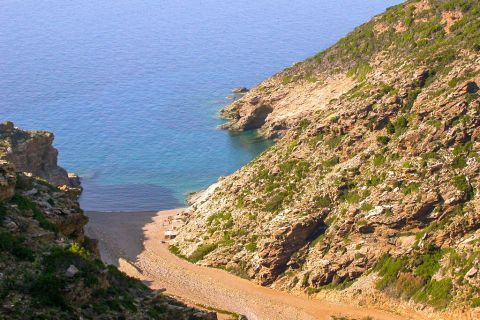 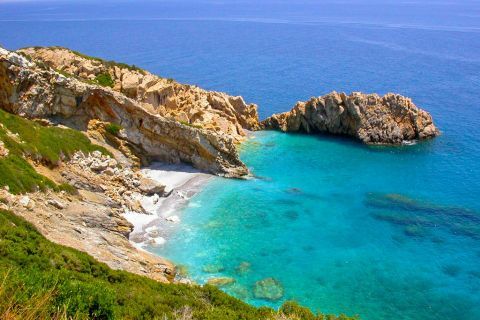 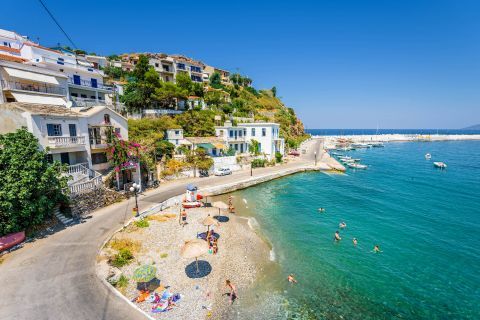 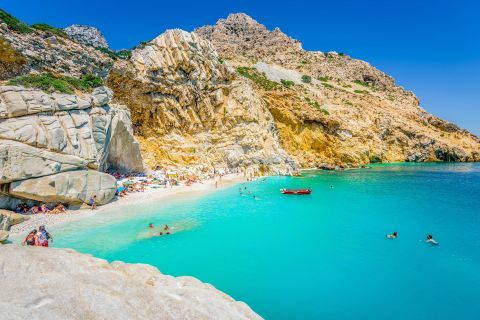