Santorini, one of the most famous summer destinations nowadays, was affected by a disastrous volcano eruption circa 1600 BC that destroyed the settlement of Akrotiri. But did you know there’s a theory claiming that Santorini is the mythical Atlantis?

The legend of Atlantis was created by Plato around 360 BC.
According to Plato, the Atlanteans had divine powers but lost them. After they were left only with human abilities, they decided to wage war on other islands. After conquering lots of places, they fought with the Athenians. Atlanteans were defeated? gods punished them later for their arrogance and submerged their land at the bottom of the sea in one night.
Some assume that the Ancient site of Akrotiri was Atlantis and the land was covered by the ashes of the volcanic eruption.
Scientists have concluded that the theory doesn’t meet reality, yet the Atlantis myth remains the topic of many conversations and arguments.

However, the myth is also the reason behind the Lost Atlantis Experience Museum. It is located in Megalochori and is the first museum dedicated to Atlantis.
A visit there is a journey featuring Philosophy, Mythology, History, and Geology and an absolute must for every history buff.

The museum offers the most entertaining ways to learn about the history of Santorini. More specifically, the experience includes:

• Learning about the myth of the lost Atlantis and the history of Santorini during the Minoan period through innovative technologies.
• Reliving the volcanic eruption, earthquake, and tsunami that destroyed Atlantis in a 9D experience.
• Discovering evidence that led to the connection between Plato’s legend of Atlantis and the volcano eruption of Santorini through interactive videos.
• Following the journey that inspired Plato to write about a utopian city through an interactive wall painting.
• Asking the animated hologram of Plato about his philosophy and his view on the theory that identifies Atlantis with Santorini.
• Experiencing the everyday life of Atlanteans via virtual windows.
• Exploring the globally largest diorama of Atlantis.

You can even get dressed up as an Atlantean and take pictures after!

A guide is present at every exhibit. All members of the staff are helpful and informative.
The duration of the tour is around an hour. 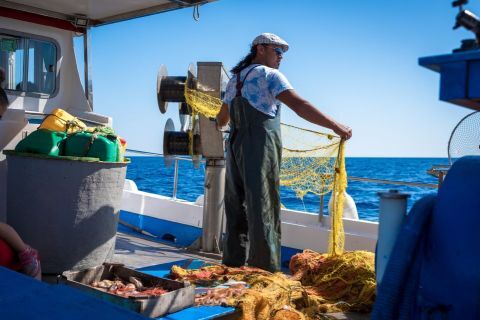 Fishing Trip & Lunch with the catch of the day 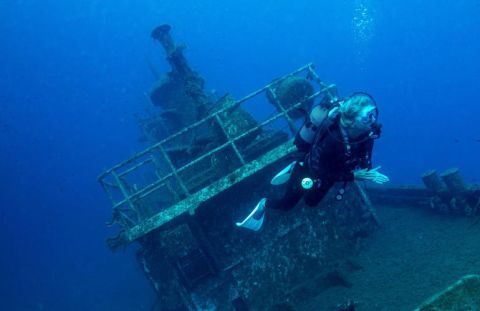 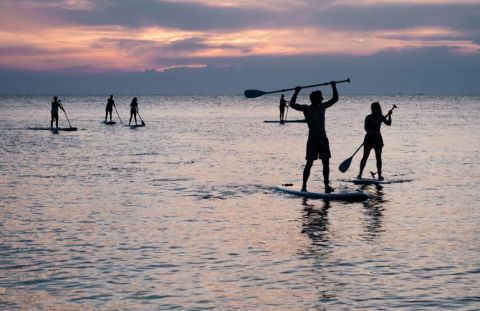 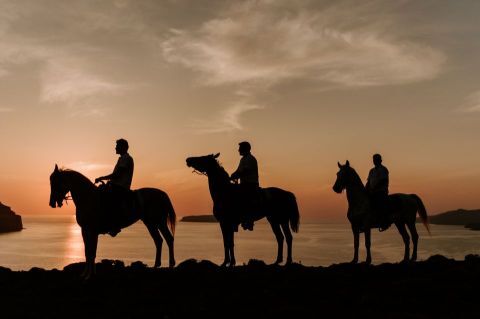 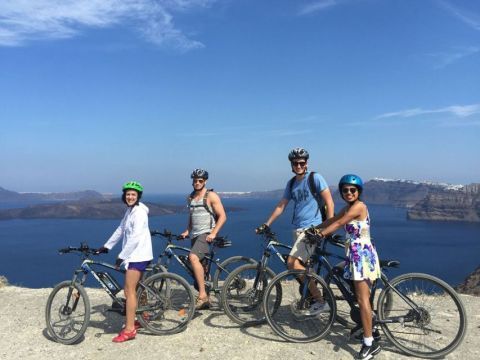 Electric Bike Tour around the island 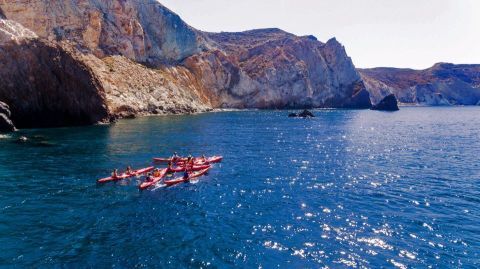