Homer was one of the greatest early poets of Ancient Greece. Legend has it that he was blind and recited his poems as he traveled from one place to another. For this reason, people say that he called himself a singer, as opposed to a writer. It is said that after his death on the island of Ios, others kept his work alive by reciting them wherever they traveled and eventually scribes wrote them down.

Homer created fabulous poetry expressing deep human emotions. The Greeks put him on a very high pedestal proclaiming him their greatest poet and almost worshipping him. His most acclaimed works include the epics Iliad and Odyssey. The Iliad is written in twenty four books and talks of Achilles wrath caused by the Greek commander Agamemnon and its disastrous consequences in the Trojan War. It was considered by many as a symbol of unity and heroism, as an anti-war poem actually, altough it is set in the last 50 days of the Trojan War.

The Odyssey, again written in twenty four books, deals with incidents connected with the return of Odysseus to his homeland. Homer drew inspiration from history and real life blending it with his fascinating imagination to create them. The plot of both epics consist of a series of exploits and adventures that help shape the protagonist and give the message of heroism, wisdom and other desirable qualities that set an example for lay people to follow.

Not a lot is known about this mysterious figure except for bits and pieces of information obtained from here and there. Beyond that one can only speculate about his life. In fact, we do not even know what century he lived in for sure, though on the basis of linguistic, geographical and historical evidence we can say that he lived considerably before 776 B.C.

Herodotus places the age of Homer about 400 years before his own time which would be about 850 B.C and that date has been accepted as the most probable by many scholars. Almost all the legendary evidence points out that he was Greek, born in Asia Minor, modern Turkey.

There are at least seven cities that claim to be his birthplace including Chios island, Rhodes island, Smyrna, modern Izmir, Colophon in Turkey near Ephesus, Salamis and even Athens and Argos on the Greek mainland but the most evidence points to Smyrna as the possible candidate.

Little is known about Homer that some scholars even debate his very existence and also whether he was just one person or many. There is also controversy about whether Homer actually wrote both the Illiad and the Odyssey. Many find it highly unlikely that the Odyssey was written by one person while others find that the style of writing is the same throughout and therefore has to be written by one person.

Homer is said to have died on the island of Ios and his grave is supposedly located at Plakoto, today considered as a very popular tourist attraction on the island of Ios. Many say that his mother Clymene was from Ios and that is why he chose to spend his last days here. Some believe that he died of an illness while others believe that the locals had to kill him because he was unable to solve a riddle posed by them.

It probably will be a long time before anyone can actually solve the enigma of Homer. Even that however is not a given. But what we should be thankful for is the fact that his great epics have been passed down intact. Both Illiad and the Odyssey are considered as landmarks in human literature. The content, ideals and style of his epics formed the foundation of the Greek education in the age of Socrates, Aristotle and Plato and have influenced works of Western literature, including those of William Shakespeare while also inspiring multitudes of readers over the centuries. The sheer beauty and power of the imagery and the universality of the themes is comendable.

What must be applauded also is the fact that Homer had no literary work to guide him for literature itself was in its infancy when he created his works. He is thought as the world's first great writer and a model for other to imitate for centuries to come.

Want to discover more famous people?
Next: Socrates the philosopher 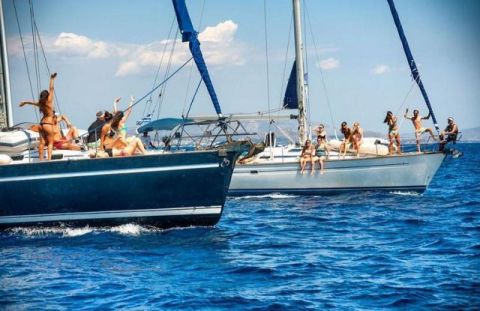