The island of Donoussa is a small island of the Cyclades complex, between Amorgos and Naxos. Although its history is long and important, it does not host any museum. However, there are a few archaeological sites to visit on the island.

The history of Donoussa started in the prehistoric times, as shown by some signs of prehistoric settlement that have been found there. In a close distance from Donoussa village, on a hill above the Gulf of Vathi Limenari, you can see some ruins of a geometric town and a cemetery.

However, as remains from following periods haven't been found, archaeologists believe that the island was abandoned. In the Roman times, Donoussa was used as an exiled land and in the Medieval times, as a shelter for pirates.

Donoussa was again inhabited in the early 19th century, when piracy in the Mediterranean was abolished, by residents of close by Amorgos. Those are the reasons why not many archaeological sites have been found on Donoussa, as the island was not inhabited for many centuries.

DISCOVER MORE THINGS TO DO IN DONOUSSA 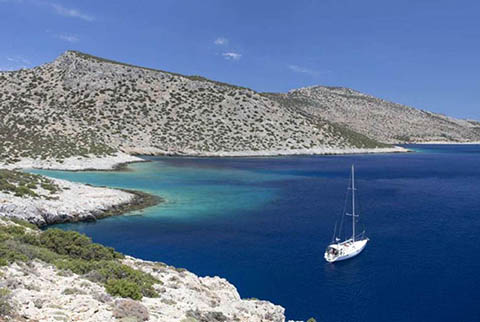