Skyros Island is extremely rich in culture, which is shown in the two major museums that are found on the island: the Archaeological Museum and the Manos Faltaits Museum.

The Archaeological Museum of Skyros displays artifacts from archaeological excavations between the Early Helladic to the period of Roman occupation. Built in the year 1967, the museum is located in Chora and contains pottery from the Protogeometric period dated between the 11th and the 9th century BC, coins, pitchers and jewelry taken from the cemetery on the coast of Magazia.

The Manos Faltaits Folklore Museum, established in 1964, is housed in the Faltaits residence. The Faltaits were a noble family of the island and decided to make this contribution to the cultural heritage of the island. The museum houses items depicting everyday life in the various periods of the long history of Skyros. 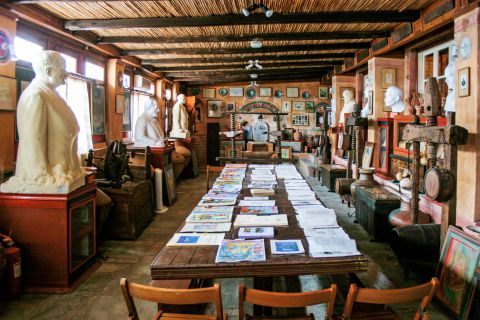 The Manos Faltaits Folklore Museum was established in 1964. It is housed in the Faltaits residence. The Museum houses items that depict everyday life in the various periods of the long history of Skyros. There is a collection of documents and publications dating from the Byzantine period to the Independence war, traditional Skyrian costumes, everyday tools, maps, gravures, rare books and manuscripts, sculptures and paintings of Manos Faltaits.

The Archaeological Museum displays artifacts from archeological excavations on the island. Built in 1967, the museum is located in Chora and contains pottery from the Geometric period, coins, pitchers and jewelry taken from the ancient cemetery in Magazia. The museum also houses the folklore collection of L. Kostoris, which depicts a traditional Skyrian house with all its everyday tools and equipment.

DISCOVER MORE THINGS TO DO IN SKYROS 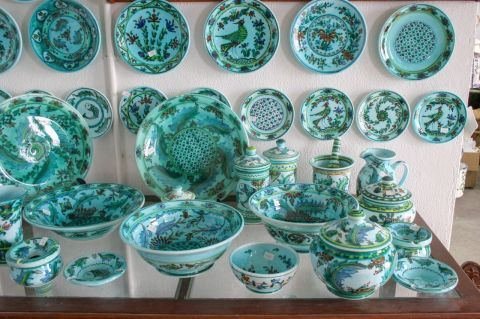