Psilalonia Square in Patra Greece: Psilalonia (accented on the o) is the most elegant square in Patra Peloponnese. It is located about 1 km north of King George Square and it offers great views of the town and the port.

The Square of Psilalonia features beautiful fountains, palm trees and a big statue of Bishop Paleon Patron Germanos, the bishop who declared the Greek Revolution in the monastery of Agia Lavra Kalavryta in March 1821. It is surrounded by lovely cafeterias and restaurants and generally the atmosphere is very laid-back, with children playing and people strolling around.

Till the 19th century, the area was inhabited by farmers and this is where agricultural works were performed. In fact, the name of the square means threshing floors, obviously because this is where threshing used to take place.

However, in the late 19th century, noblemen built their homes there and this neighbourhood became an elegant part of the city. Till the 1970s, many Neoclassical mansions were found in Psilalonia but unfortunately today most of these mansions have been pulled down and were replaced by small block of flats. 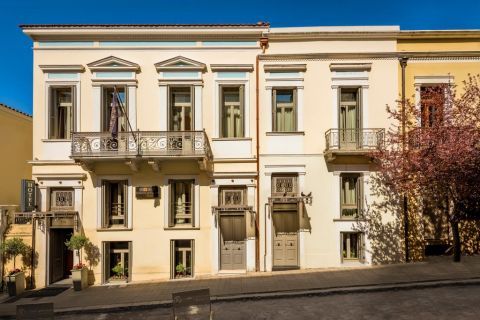 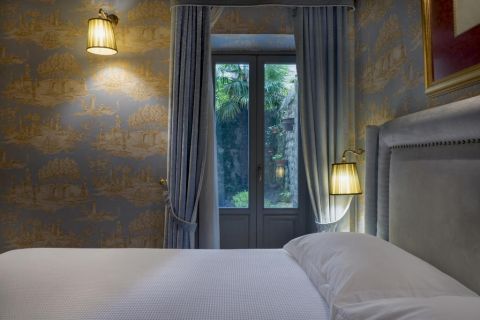 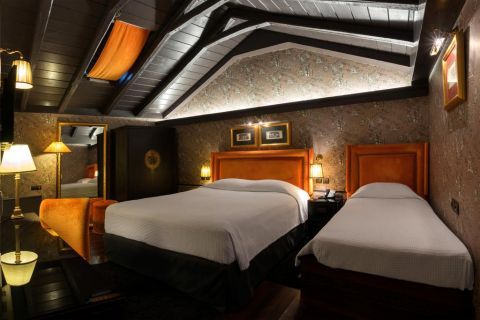 Creating the chain Maison grecque they placed in the epicenter of our attention the exigent traveler of our season. Engagement our is the personal care for a unique experience of stay.

OUR TRAVEL SERVICES IN PATRA

Explore our travel services & make the most out of your PATRA holidays!
View all services