The Volcanological Museum of Nisyros, Dodecanese: The Volcanological Museum of Nisyros is found in the small village of Nikia, the village that lies right above the impressive volcano of Nisyros. The interesting museum opened in June of 2008 and coincided with the inauguration of the new volcano observation station in Emporios village. The museum is housed in the old, abandoned school of Nikia, which was renovated exclusively for this purpose.

This museum brings life to the village and contributes to the promotion of the still-active volcano of the island. Through photos, volcanic processes, maps, and drafts, visitors can get informed of the volcanoes in the Greek territory, other volcanoes around the world as well as about the genesis and structures of the volcanoes. 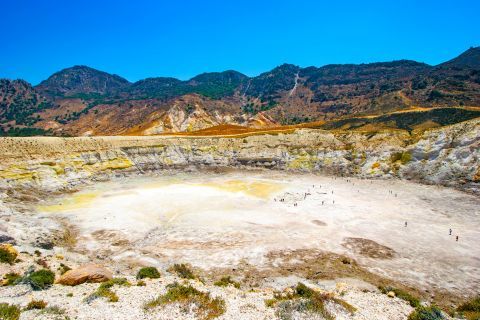