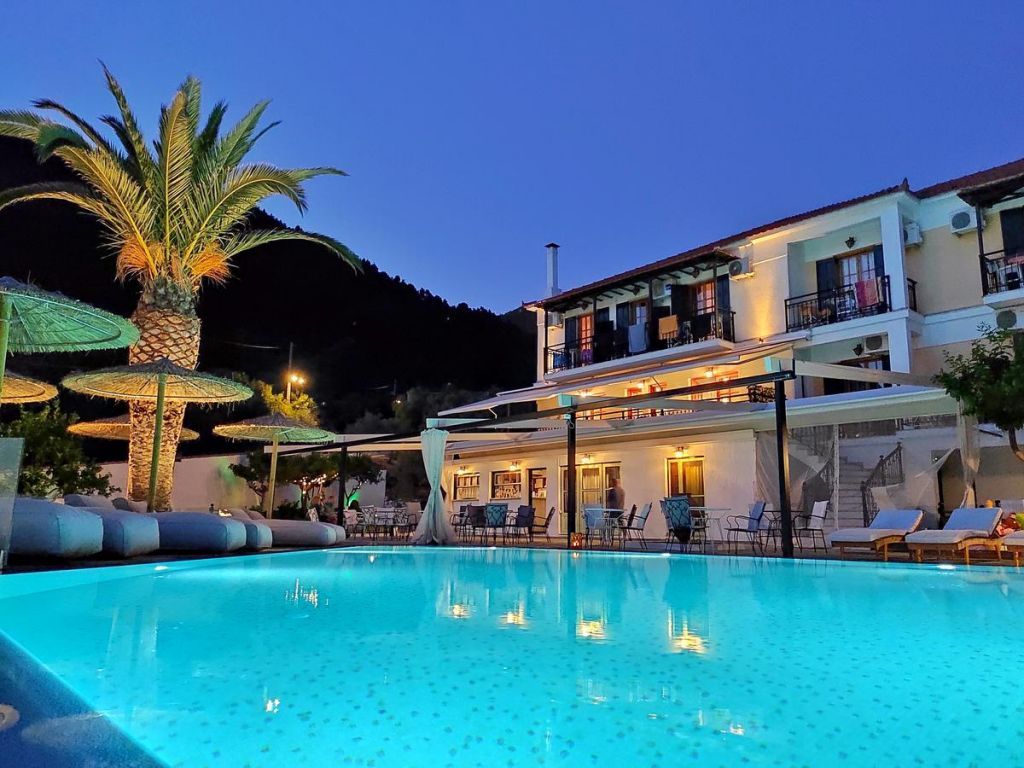 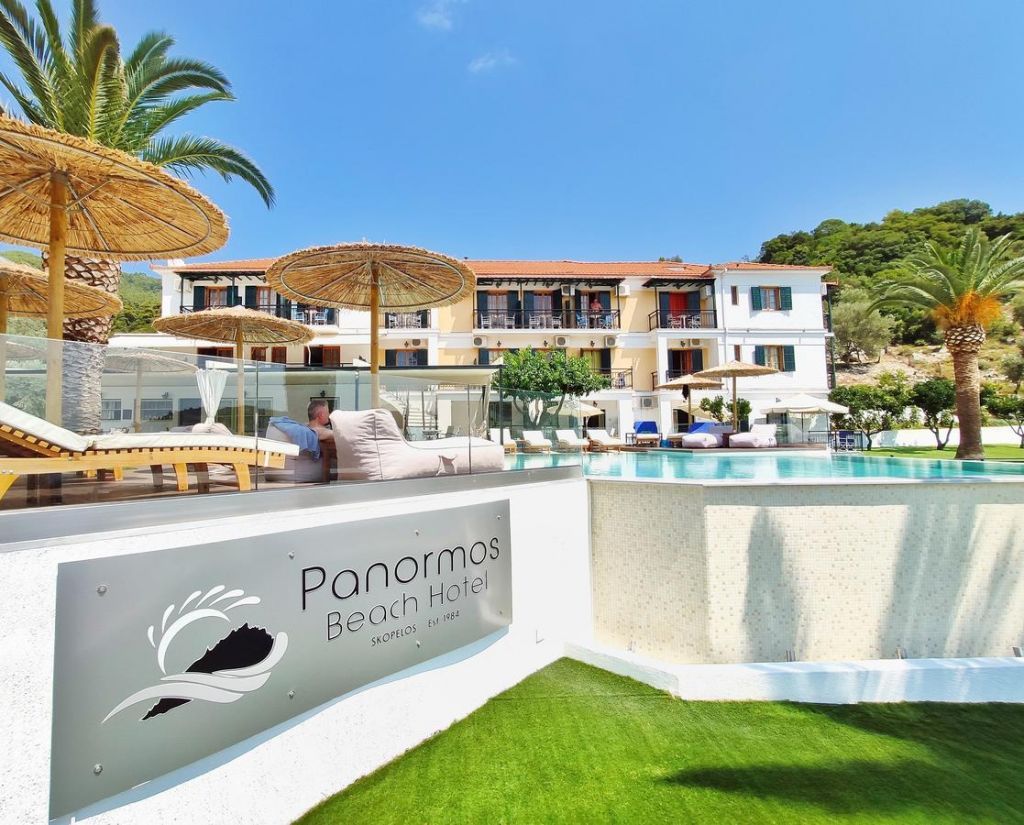 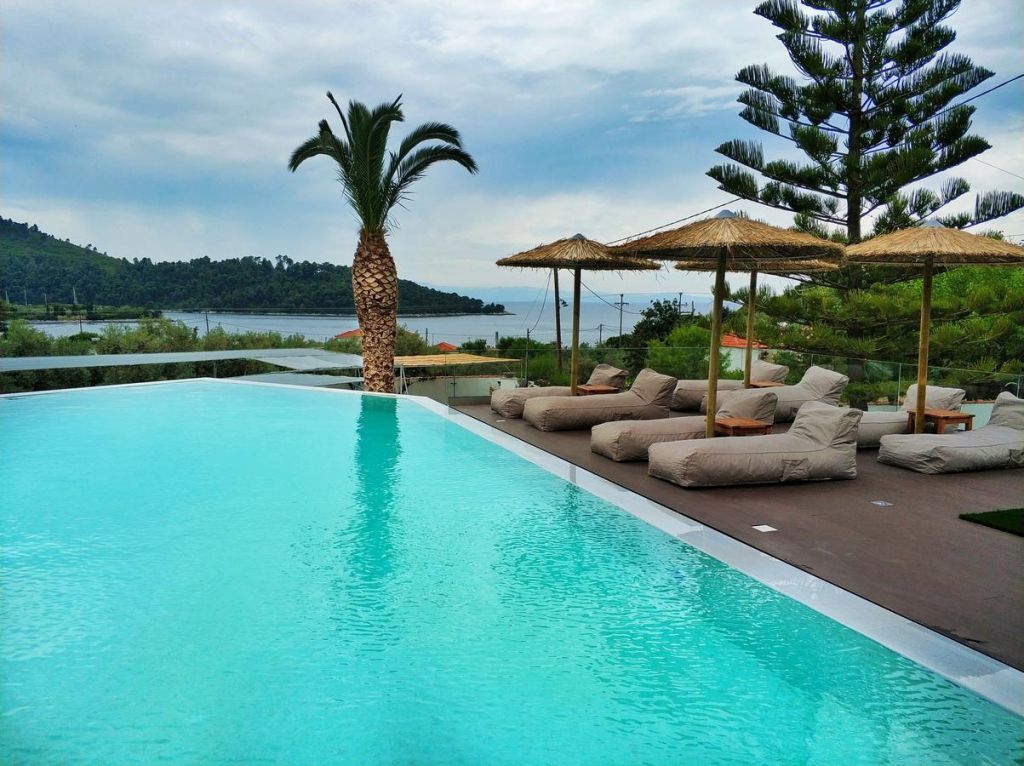 Hotels 2 stars Units: 34
Skopelos, Panormos
No reviews yet.  Write a review
0030 24240 22711
Built in a traditional manner, Panormos Beach Hotel is located only 130 meters from the beach. Most of the hotel’s 34 rooms have a view of the sea, and the rest overlook the mountains and the garden. There are rooms for one person and twin-bedded rooms. There are also a few rooms for 3 or 4 people. Breakfast is the only meal served at the hotel, and may be had either in a special large hall featuring a large veranda, or alternatively, in the picturesque garden court. The hotel’s environment is distinguished by its peaceful setting, its cleanliness, and its scenery. A graceful, mult-colored garden complements and embellishes the family atmosphere of the hotel. A view of the sea and the garden from the large common balcony (veranda) of the hotel.
From the rear of the hotel, you will be able to enjoy the view of the Panormos hills. Near the reception area, you can admire a folklore museum in miniature, rich in very old traditional objects such as looms, old furniture and household utensils, antique sofas.Many typical pieces of traditional local furniture decorate the reception area in the hotel’s lobby, as well as the large breakfast hall.