The Medieval Castle of Skiathos: In the past Castle used to be one of the principal medieval towns. The town has been strategically built on a rocky cliff that literally hangs above the sea at the northern extreme of the island. The cliff is conspicuous by its enormous height and it was an ideal location for the protection for the people who lived in the Castle town.

At the height of its prosperity, the Castle had all of 300 dwelling units and 22 elegant churches. Presently, there is just a solitary church that stands as mute testimony to the Castle's glorious past. Remnants and vestiges of other churches can be found in and around the Castle. A few finely restored houses too can be found here. Anybody who takes the trouble of climbing to the summit is assured of breathtaking panoramic vistas. From the summit of the cliff, one can view the mainland as well as the northern part of Skopelos.

The view down to the picturesque beach is absolutely breathtaking. It is here that the boats lay anchor. Numerous boats, both small and big are set on a constricted passageway along the beach and makes for the truly kaleidoscopic vignette. The beach also has a cozy taverna.

For the adventurous types, a hike up to the main town can be a very rewarding experience. But be aware that the path is very steep. There is a charming little church on the way that will make you spellbound. One can also reach the Castle on foot. But it is not for the faint-hearted. It is a rather arduous task and takes almost 3 hours to reach. A lighter option is by embarking on a jeep safari which is readily available at the numerous travel agencies that are located here.

Some of the most enduring tourist attractions of the Castle neighborhood are the impregnable town walls, the trademark drawbridge, the Turkish baths and remnants of a few churches, all of which makes a visit to Castle a memorable experience.

Archaeologists and historians are of the opinion that during the 16th century, the island's population decided to shift to the unconquerable rock, which is located to the northeast of Skiathos and build their own Castle. In the past, the narrow drawbridge served as the only link with the island. 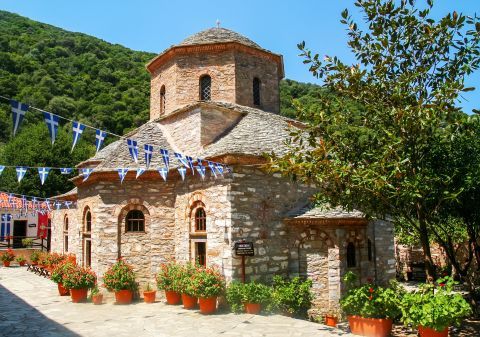 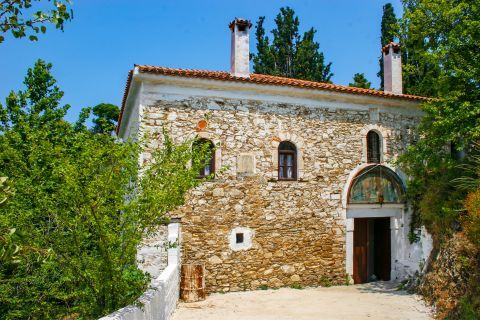 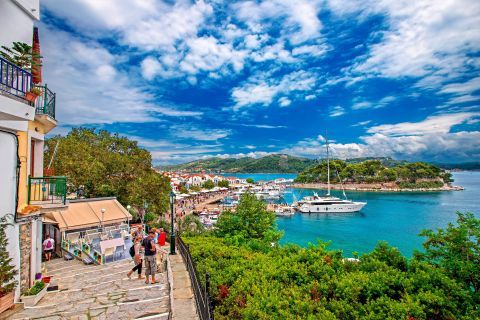