Hydra Town: Hydra town is the capital and main harbour of the island of Hydra. It is a wonderful little town, hidden in a small, natural harbour which is only visible from a perpendicular angle. The settlement of Hydra Town has been declared to be a traditional and protected settlement, full of beautiful mansions built during the 19th century by wealthy ship owners and merchants.

The traditional houses are standing very close one to another, spreading on two rugged hills, separated between them by narrow whitewashed stone paved streets and alleys. They have beautiful tile roofs and bright coloured windows, doors and loggias walls, which add a splash of colour on the ochre and grey thick stone walls. The whole town is a true jewel, unspoiled by any modern architecture or huge hotel complex.

Here the traditional architecture is highly protected and there is a law prohibiting any new construction which is not built according to the traditional and authentic colour and style. Hydra Town is a little oasis where any kind of motorised vehicle is forbidden and where transportation is effectuated by donkey.

During the 17th century, the town centre was in the area of the today old town of Kiafa, which slowly extended, moving down to the seashore. Kiafa is the most populated area, standing high up above the port, with the oldest buildings of the island. The view from the area of Kiafa is really astonishing. The beautiful three-storey bell-tower of the Church of the Assumption of the Virgin (Kimissis tis Theotokou), one of the oldest building of Hydra (built in 1643), stands in the middle of the capital, overlooking the town.

An interesting museum and some old mansions are worth-visiting. Souvenir shops and cafes are housed in the old warehouses and in the modest seamen's houses which line the waterfront. Behind the first row of buildings more shops and cafes can be found, scattered around the whitewashed streets and alleys.

The main street is called Odos Miaoulis and is extending in a ravine cut into the mountain during prehistoric times by the sea and today boarded by a small stone wall.

In Hydra Town, visitor will find rooms for rent, small hotels housed in renovated old mansions, shops, banks, pharmacies, a hospital, a police department and all the other needed facilities. The sunsets from the capital of Hydra are astonishing and unforgettable. The picturesque and traditional atmosphere of Hydra Town is mixed with a cosmopolitan air and an exiting nightlife, which makes the town a unique place and one of the most beautiful towns of the Aegean. 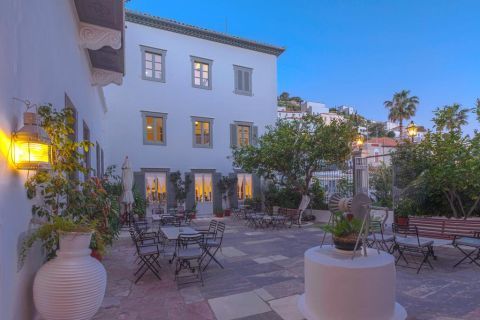 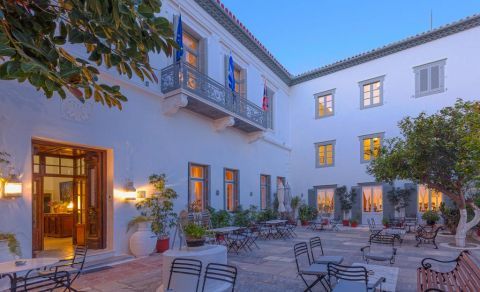 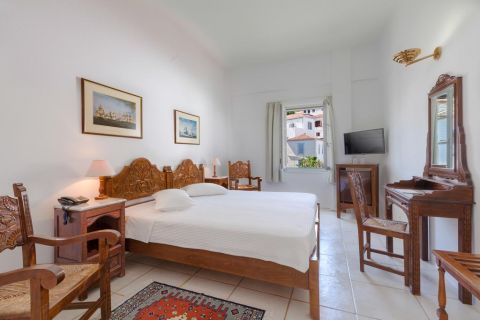 Hotel Hydroussa in Hydra island consists of 40 rooms, a magnificent drawing room and dinning area and picturesque yard full of flowers. Each room has its own private bathroom, direct dial phone, air conditioning, color TV and other facilities while the highly trained personnel will be more than ... 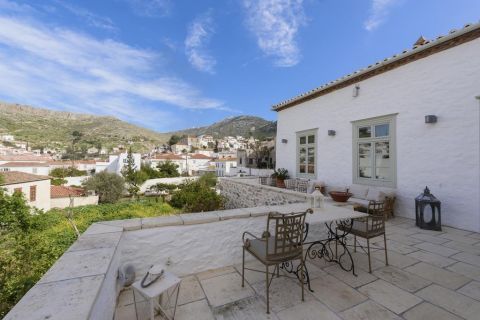 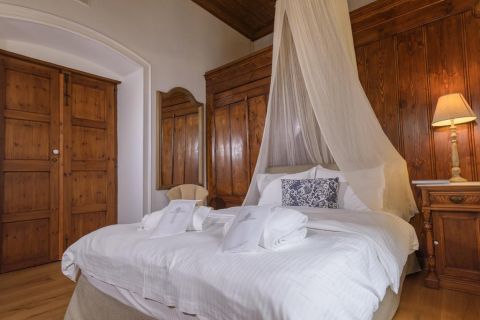 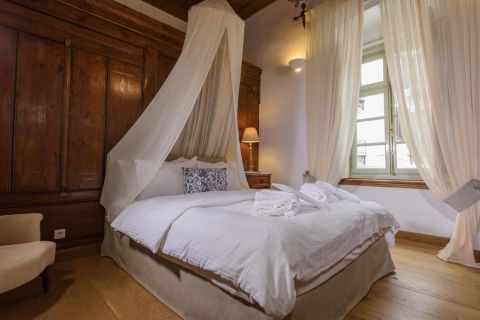 In the center of the monumental settlement of Hydra, the boutique hotel Cotommatae 1810, is a traditional hydraulic mansion restored with care and respect and after 4 years of operation, it started operating as a separate boutique hotel. 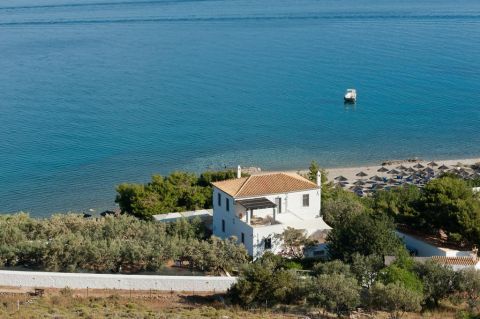 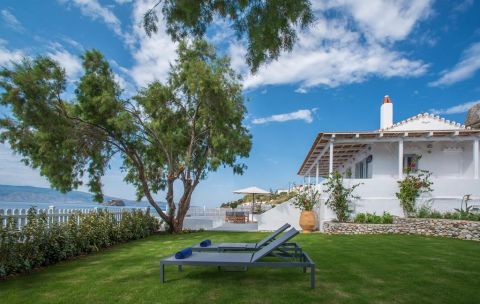 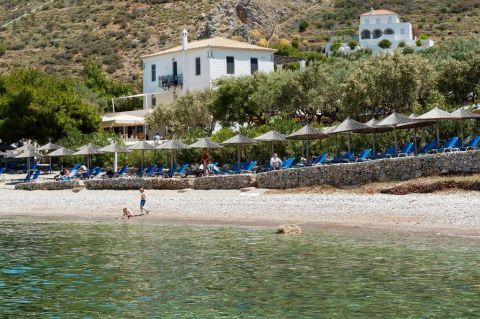 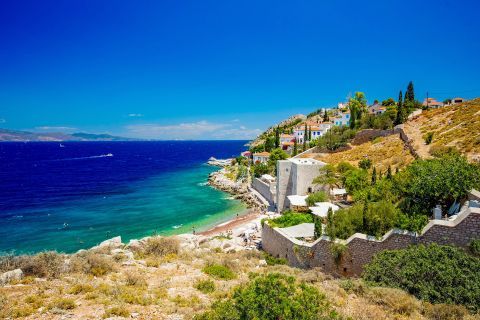 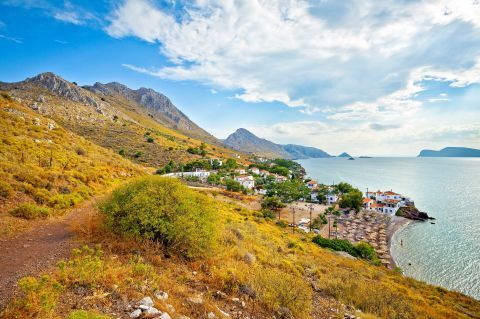