This museum, founded by the Cultural Foundation of Piraeus Bank Group, is strategically found at the center of Laconia, one of the best olive-producing regions in Greece. In the upper floors, visitors can see the first testimonies of olive existence in Greece, its contribution to the economy of the societies from the prehistoric times till the 20th century as well as its role in nutrition, health, body care, and lighting. There is also a special mention to the symbolic dimension of olive in religion, customs, and art.

The ground floor is devoted to the development of olive oil production from the antiquity till the early industrial times. Visitors can see post-Byzantine machinery for oil production and an animal-powered olive oil press from the early 20th century. Also, emphasis is given on the revival of powered olive oil presses (water-powered, steam-powered, diesel-powered and power-driven). A special section is also dedicated to the use of olive oil in domestic and industrial soap-making.

At the museum's open yard, there is a permanent exhibition presenting a prehistoric, a Hellenistic and a Byzantine olive oil press. This museum is part of the group Mediterranean Museums of Olive.

The photo is from www.piop.gr 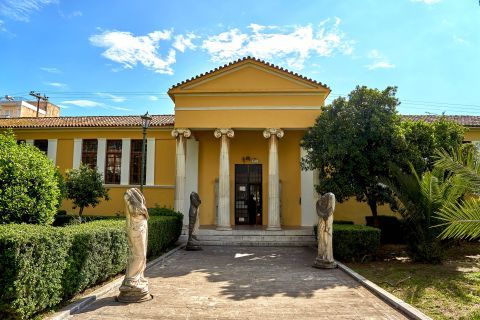