Patra is one of the most beautiful cities of Peloponnese and the capital of Achaia prefecture. It flourished greatly during the Byzantine years whereas today it shows a unique architecture that is strongly influenced by various movements throughout the ages. The characteristic buildings of Patra, the third largest town of Greece, were founded in the 19th and 20th century, including a plethora of industrial buildings that witness the economic and commercial development of the area. Of high interest is the local architecture of the mountainous traditional settlements of Patra which were built from the local craftsmen.

The architecture of Patra distinguishes among the modern towns of Peloponnese for its beautiful layout, large squares, flourishing gardens, and small Venetian houses are scattered in the small picturesque quarters of Patra. The medieval castle of Patra was built during the 6th century on the foundations of the ancient acropolis. Equally interesting is the Roman Odeon located nearby. The city of Patra is strewn with numerous Neoclassical buildings and mansions, like the Apollon Theatre, the Town Hall and the Court of Justice. The church of Saint Andrew, the saint protector of Patra crowns the city and impresses every visitor with its splendid architecture. 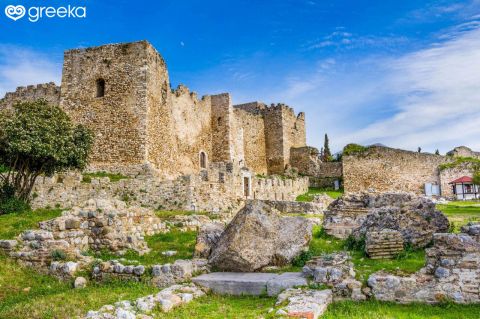